Sportblis presents you with the Biography and amazing Facts of Albert Pujols. Our article covers his Biography, Family Facts, Relationship, Net Worth, and other intriguing Facts.

Albert Pujols is a Dominican-American baseball player who features in the Major League Baseball (MLB) for the Los Angeles Angels. Being an astute baseman and a talented hitter, Pujols is indeed an incredible baseball player.

In his MLB career, the talented baseman has emerged as one of the best in the MLB. The three-time MLB MVP winner has proven to be a veteran in the MLB, despite the competition that arises from younger players.

Albert Pujols was born on the 16th day of January 1980 in the Dominican Republic. He is the only child of his alcoholic father, who played softball and was raised by his paternal grandmother, with the assistance of his 10 aunts and uncles.

While he was young, Pujols was interested in baseball and often practised with a lime and a milk carton. In 1996, Albert’s grandmother and father moved to New York City with him. It wasn’t too long before they later relocated to Missouri, after witnessing a shootout.

In Missouri, Pujols attended Fort Osage High School, where he played Baseball. In high school, there were doubts about Pujols being younger than 18.

He was a good baseball player, which earned him All-State athlete. After high school, Pujols attended Maple Woods Community College on a baseball scholarship.

He played college baseball for just one season. In the first game of the season, he had a grand slam. Throughout the season, he played in the shortstop position and recorded 22 home runs and a batting average of .462. 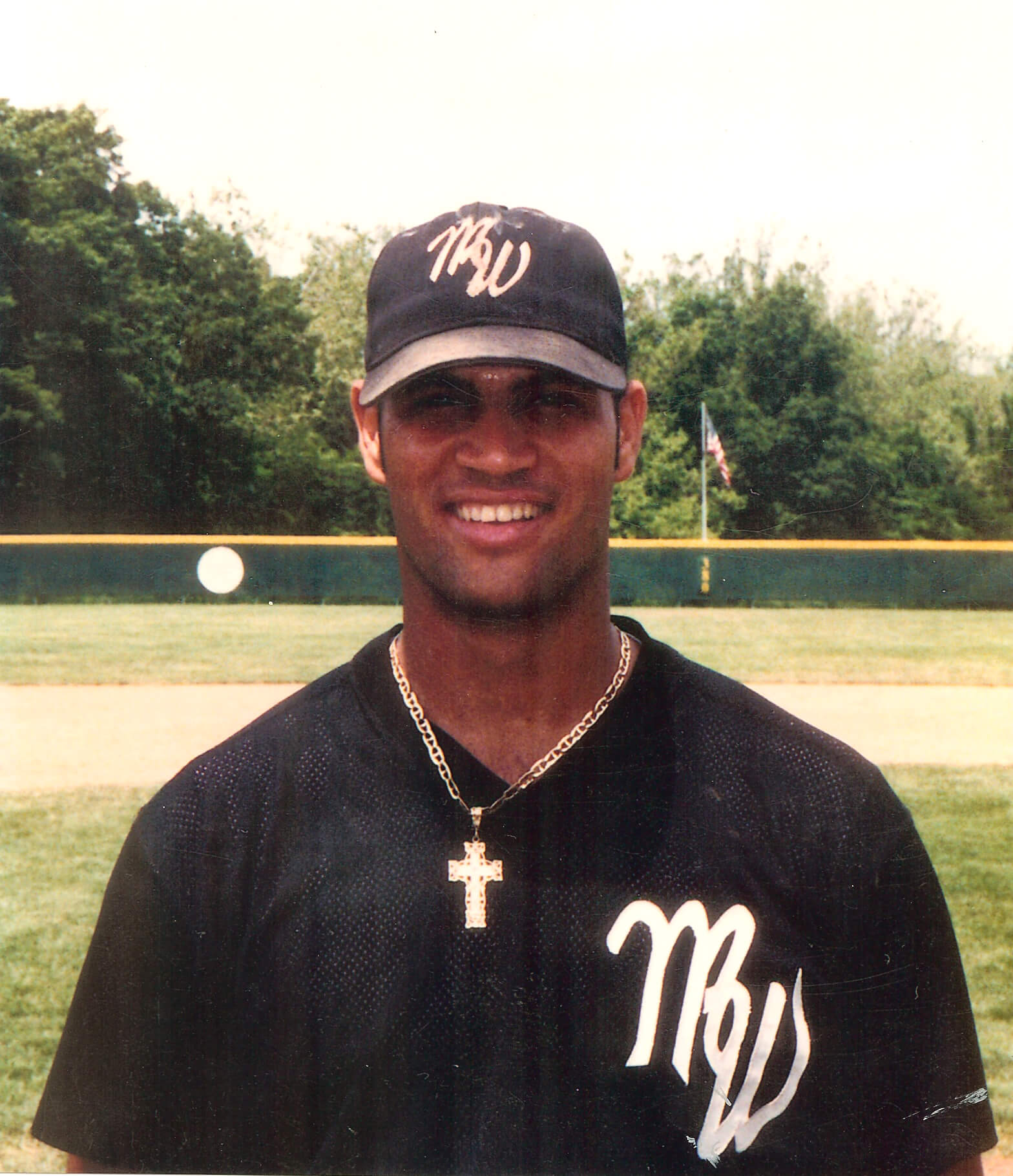 Due to uncertainty regarding his age, Pujols found it difficult for the MLB team to draft him. In the 13th round of the 1999 MLB Draft, he was picked by the St. Louis Cardinals as its 402nd pick.

He then went on to play in the single-A Midwest League in 2000, for the Peoria Chiefs. Afterwards, he played in the third baseman position and had a batting average of .324 and 17 home runs in 109 games.

After having the second-highest batting average, he was named the league’s MVP and earned a place on the All-star team. He rounded off his 2000 season by playing in the AAA Pacific Coast League (PCL), for the Memphis Redbirds.

Also, he put up an impressive performance in the playoffs, which earned him the postseason MVP and also led his side to win their first Pacific Coast League title. 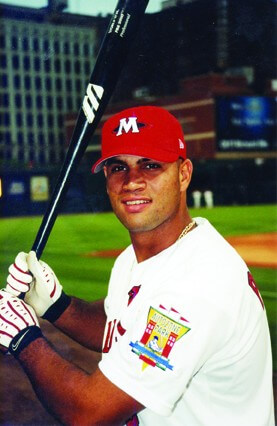 Following his impressive performance in the 2000 season, Pujols was given a place in the Cardinals’ first team. He began the 2001 season by playing in the first game of the season against the Colorado Rockies.

He earned All-star honour in his first season in the MLB. After registering 37 home runs, the highest for a Cardinals player in the season, he won the third baseman Silver Slugger Award in the National League.

Pujols also finished fourth in the NL MVP and was named NL Rookie of the Year. His top form continued in the 2002 season, where he batted .314 and had 37 home runs. 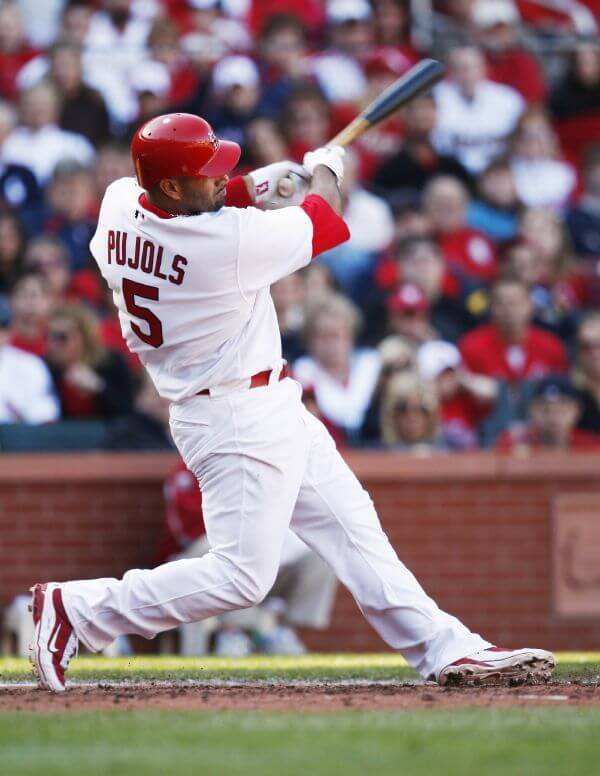 He then became the first Cardinals player to finish in the top four of the NL MVP for two successive seasons, after he finished in second place in the 2002 NL MVP voting.

After defeating the Diamondbacks in the Divisional Series, the Cardinals lost to the San Francisco Giants in the Championship Series.

YOU MAY LIKE:  Who Is McKenzie Marcinek, Walker Buehler’s Partner, Family & Facts

His 2012 season with the Angels began on a slow note. But after the addition of a new prospect to the team and the replacement of the hitting coach, his performance improved.

He had .285 batting average and 30 home runs in his debut season with the Angels. Pujols’ 2013 season was cut short as a result of an injury he sustained in August 2013. 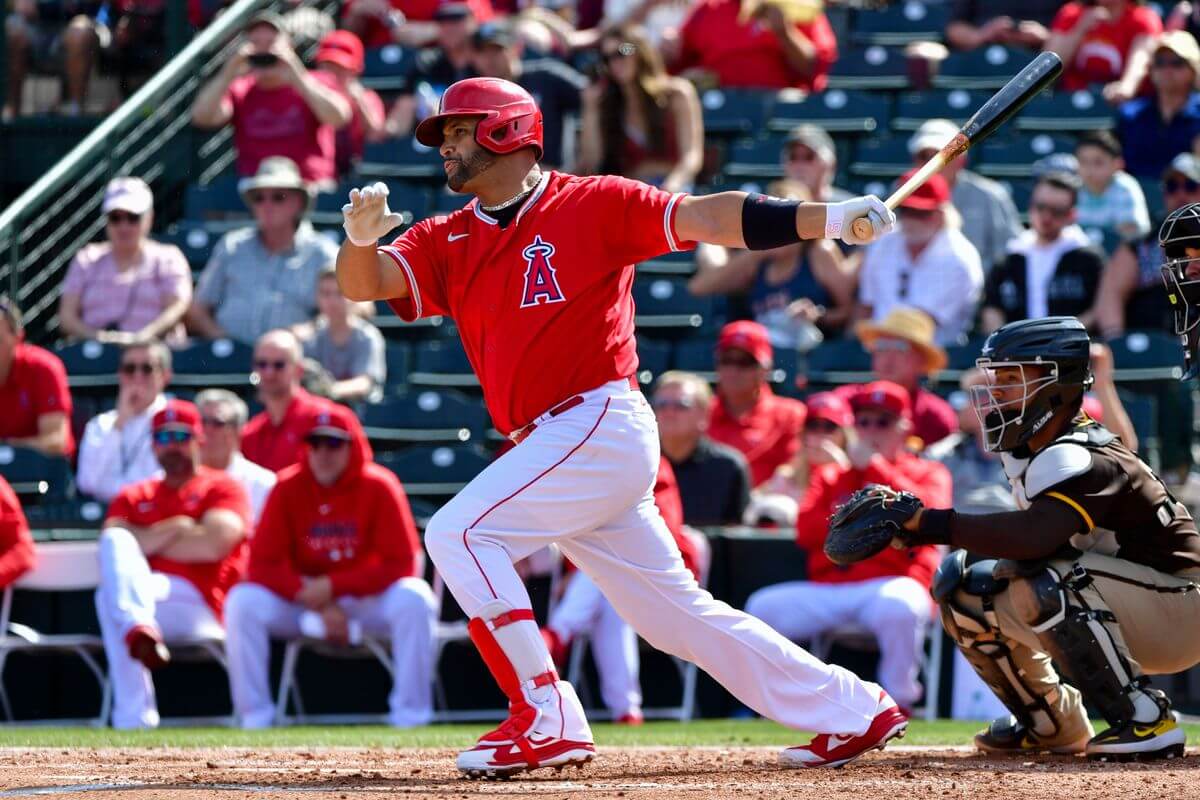 He played in 99 games and had 17 home runs and a batting average of .253. Jack Clark, a former Cardinals player and hitting coach, said in a radio interview that Pujols used Performance-Enhancing Drugs (PED), an allegation, Pujols denied.

In October 2013, he filed a defamation suit against Clark, who later apologized after insisting that Pujols take a polygraph test. After his apology, Pujols dropped the lawsuit.

In the 2014 season, he recorded his 500th career home run. He had an amazing 2014 season. After the conclusion of the season, he joined the MLB All-Stars in a game against the Japanese Nippon Professional Baseball All-stars.

In the 2015 season, he earned his first AL Player of the Month honour. He also was named to the AL All-star as a reserve. He had more than 40 home runs in the season.

Pujols continued in great form throughout the 2016 and 2017 seasons. In September 2018, he had surgery as a result of a bone spur. In the 2019 season, Pujols was the third oldest baseball player in the American League. He had a batting average of .244 in the 2019 season.

No doubt, his athletic endeavours have helped him amass a tremendous amount of money. Apparently, Pujols has an estimated Net Worth of $110 million.

Moreso, he receives an annual salary valued at $27.3 million (2021 Stats). Interestingly, the MLB icon has an endorsement deal with Nike.

Albert Pujols is an icon that many upcoming rookies like Kyle Lewis should learn from. At the time of compiling these Facts, Albert Pujols is married to his beautiful wife, Deidre Pujols. The couple tied the knot on the 1st day of January 2000. 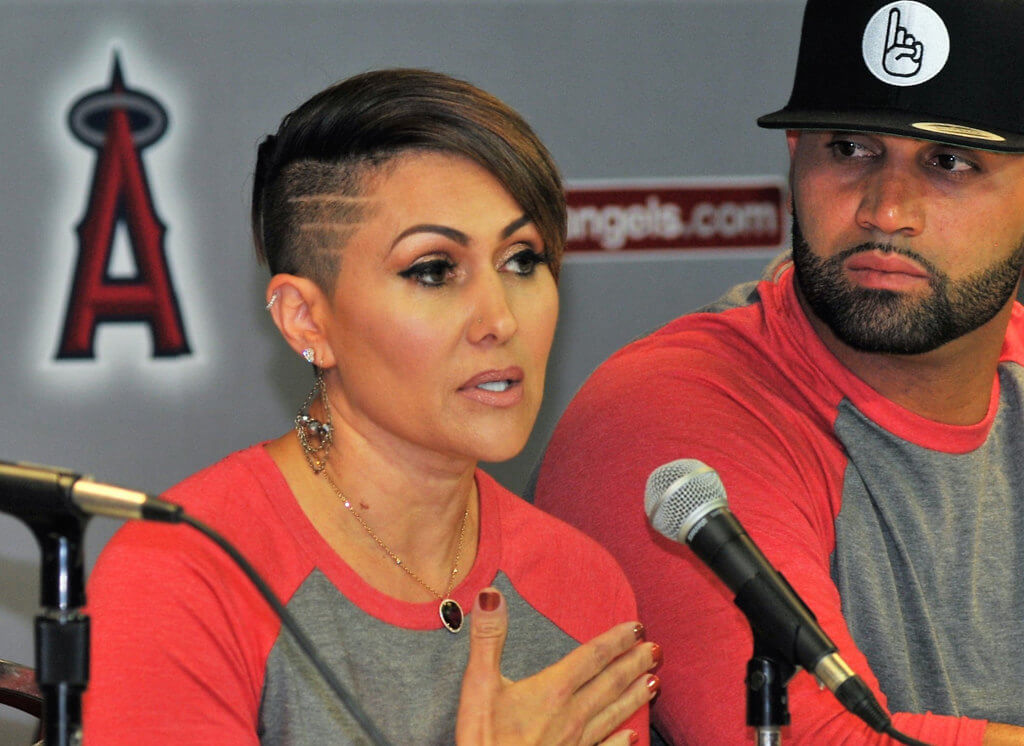 Pujols and his wife are parents to five children. Their names are; Isabella, Albert Jr., Sophia, Ezra and Esther Grace.

Perhaps you didn’t know that Isabelle is not the biological daughter of Albert Pujols. She is actually the child of Deidre Pujols from her previous relationship. 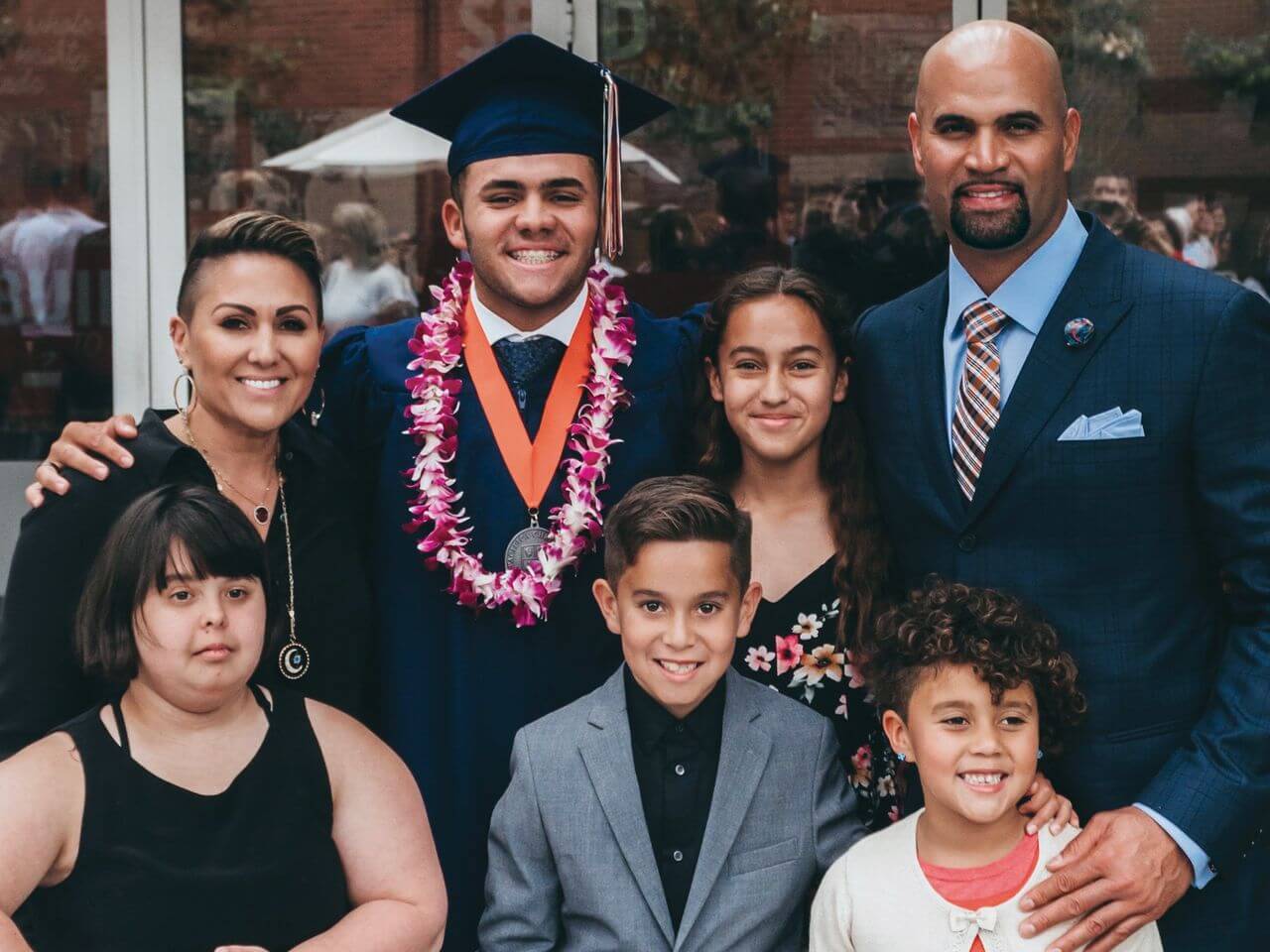 Pujols and his wife are devout Evangelical Christians. He became a Christian on November 13, 1998, influenced in part by Deidre and his grandmother.

During his tenure with the Cardinals, Pujols and his family attended West County Community Church, a Southern Baptist church in Wildwood, Missouri.

Do you know?… Pujols daughter (Isabella) has down syndrome. No wonder Albert and his wife are supporters of people with down syndrome. In fact, the couples are the owners of the Pujols Family Foundation, which promotes down syndrome. 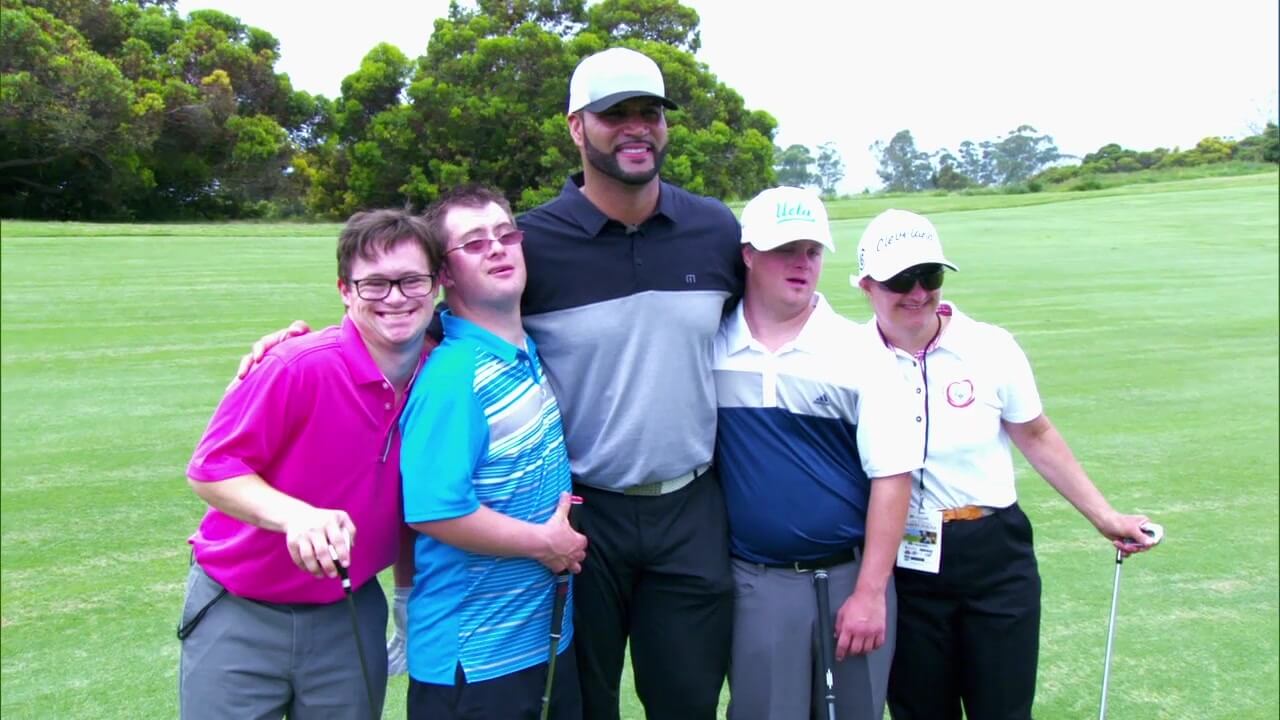 Of course, his enormous earnings is one of the major determiners of his luxurious lifestyle. From his salary, Pujols has purchased a beautiful mansion where he lives with his entire family.

Even though he does not flaunt his exotic cars on social media, we are certain that Pujols has got them lined up on the list of his assets. 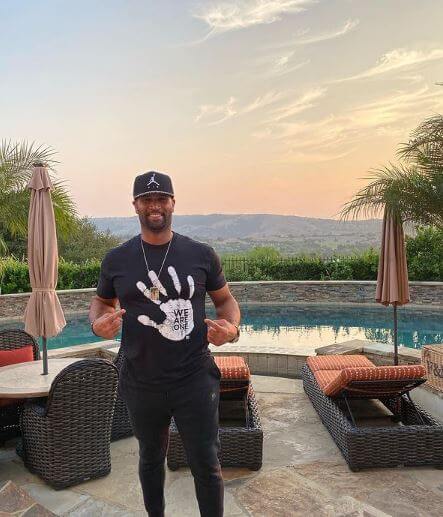 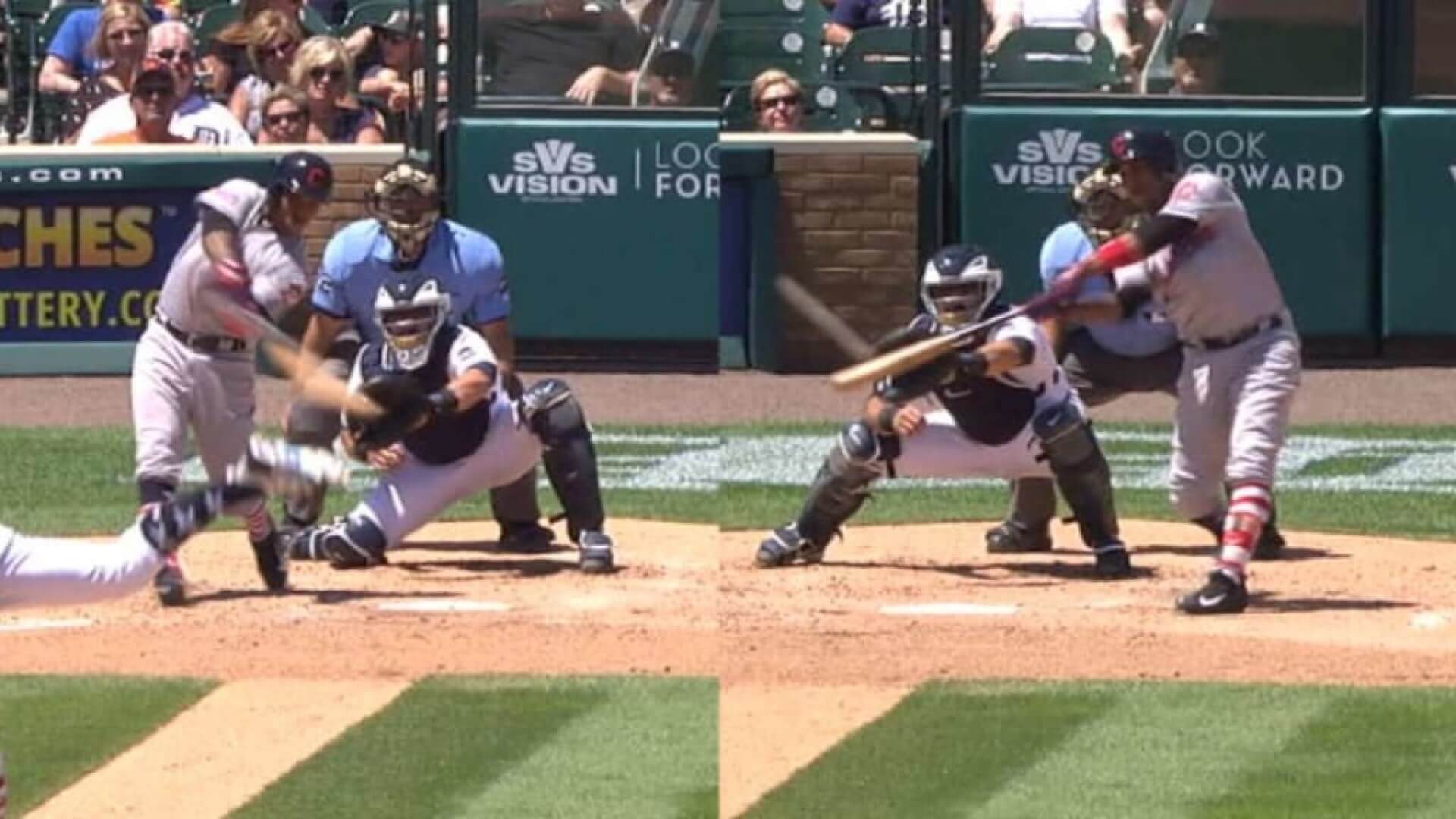 What is a Switch Hitter in Baseball?