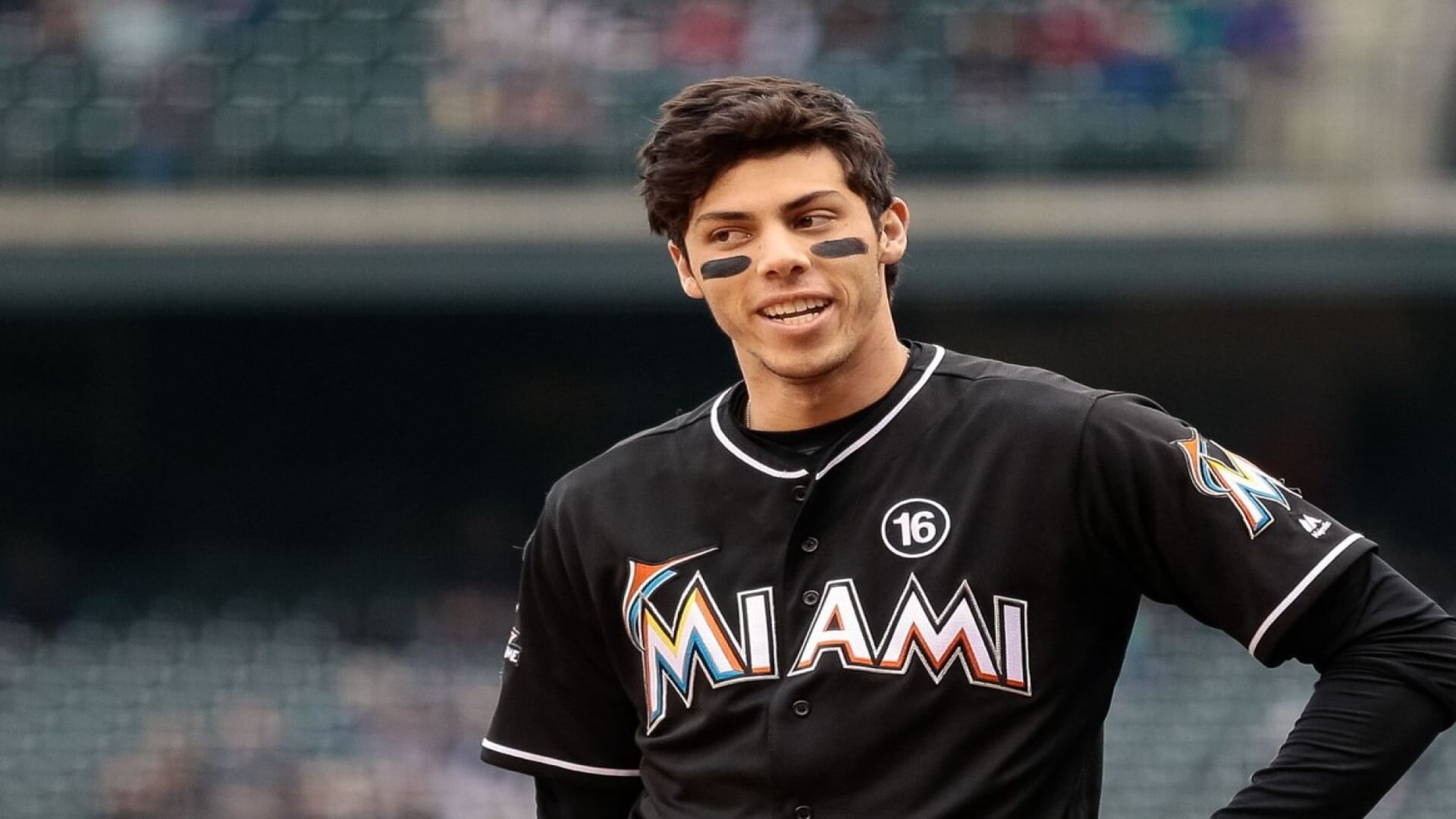 Sportblis presents you with some amazing facts about Christian Yelich. Our article covers Facts about his Girlfriend (Emily Balkind), Family (Parents & Siblings), and much more.

He was born on the 5th day of December 1991 to his father, Stephen Yelich, and mother, Alecia Yelich, in Thousand Oaks, California. The left fielder is the oldest of three sons born of the union between his parents.

As an elder brother, Christian had a sense of duty to look after younger siblings, Collin and Cameron Yelich. They were his childhood companion who never betrayed his trust while growing up.

Thanks to his exceptional prowess, fans are constantly researching facts about his relationship and family life. Hence, we’ve prepared the right content to provide answers to everyone’s curiosity.

Who is Christian Yelich’s Girlfriend?

Many athletes often attempt to keep their relationship life private, and Yelich is not left out. No matter how hard he tries to hide facts about his girlfriend, he can’t keep the information away from his detective fans for too long.

Neither Christian Yelich nor his girlfriend has made their relationship official. Moreso, they have not actually posted any image on their social media pages that give evidence of their love life.

Nonetheless, inquisitive fans of Yelich have discovered his mysterious girlfriend after many years of searching. She is no other than Emily Balkind, a blonde hair pretty damsel.

Having discovered the identity of Christian Yelich’s Girlfriend, we would love to share with you more fascinating facts about her. 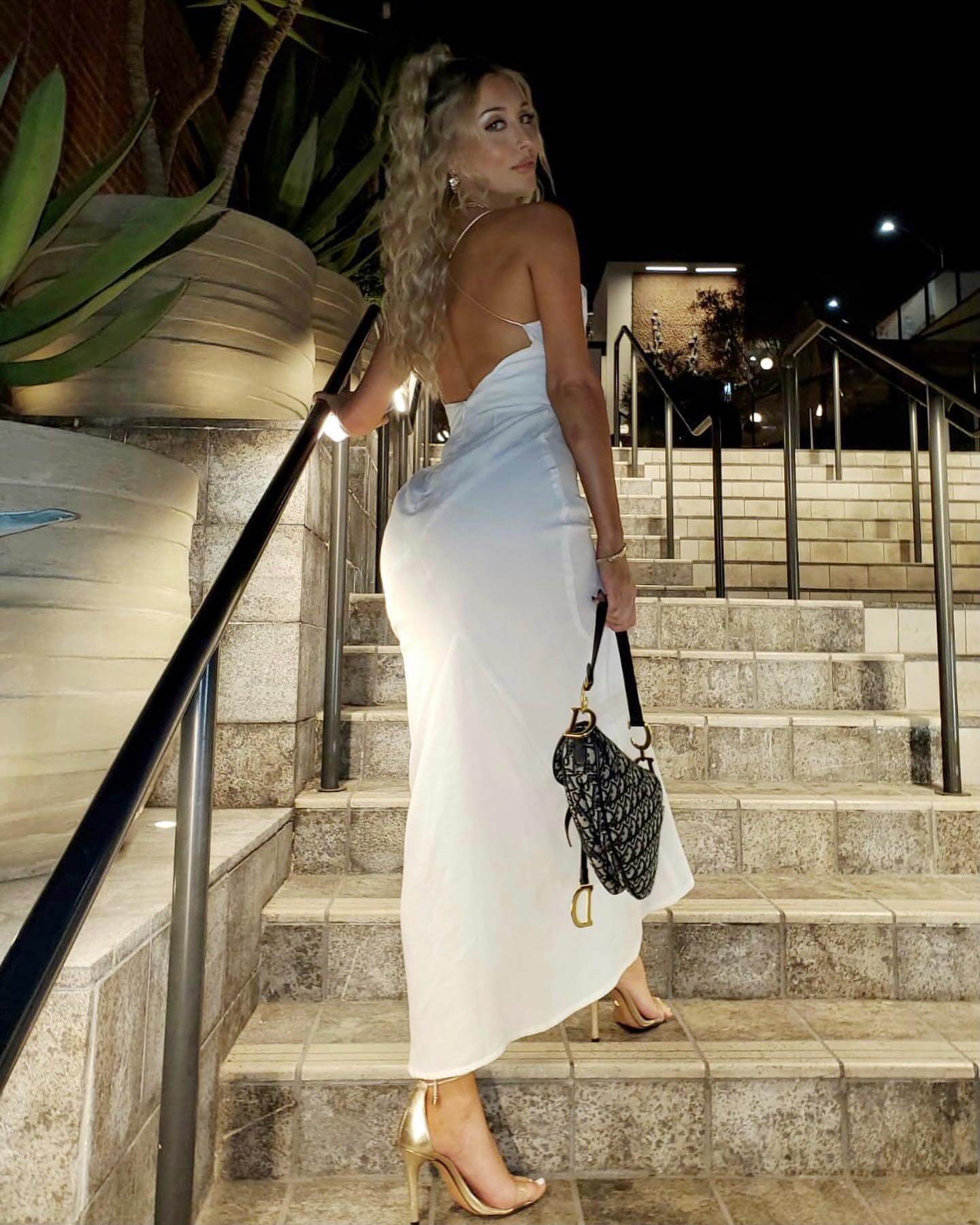 Emily Balkind isn’t super active on social media, but her Instagram page does kind of speak for itself. She’s a California girl through and through.

Interestingly, she has disclosed on her Instagram page that she is a Real Estate Agent. Moreso, Emily is an avid traveller, who has visited many places, including Wisconsin, New Orleans, Belize, and Barcelona.

She majored in Political Science and Government and graduated from San Diego State University (SDSU) in 2014. In 2017, Emily Balkind received an extension from UCLA in Music Supervision for Film and Television.

Of course, she is an established woman who has many things to offer her boyfriend. Certainly, her hardworking nature coupled with her beauty is one of the features that attracted Yelich to his girlfriend.

The left fielder has enjoyed subtle support from his entire household. Like Mookie Betts, Yelich has developed a close bond with his parents. They were his most trusted confidants and gave him a shoulder to lean on in hard times. 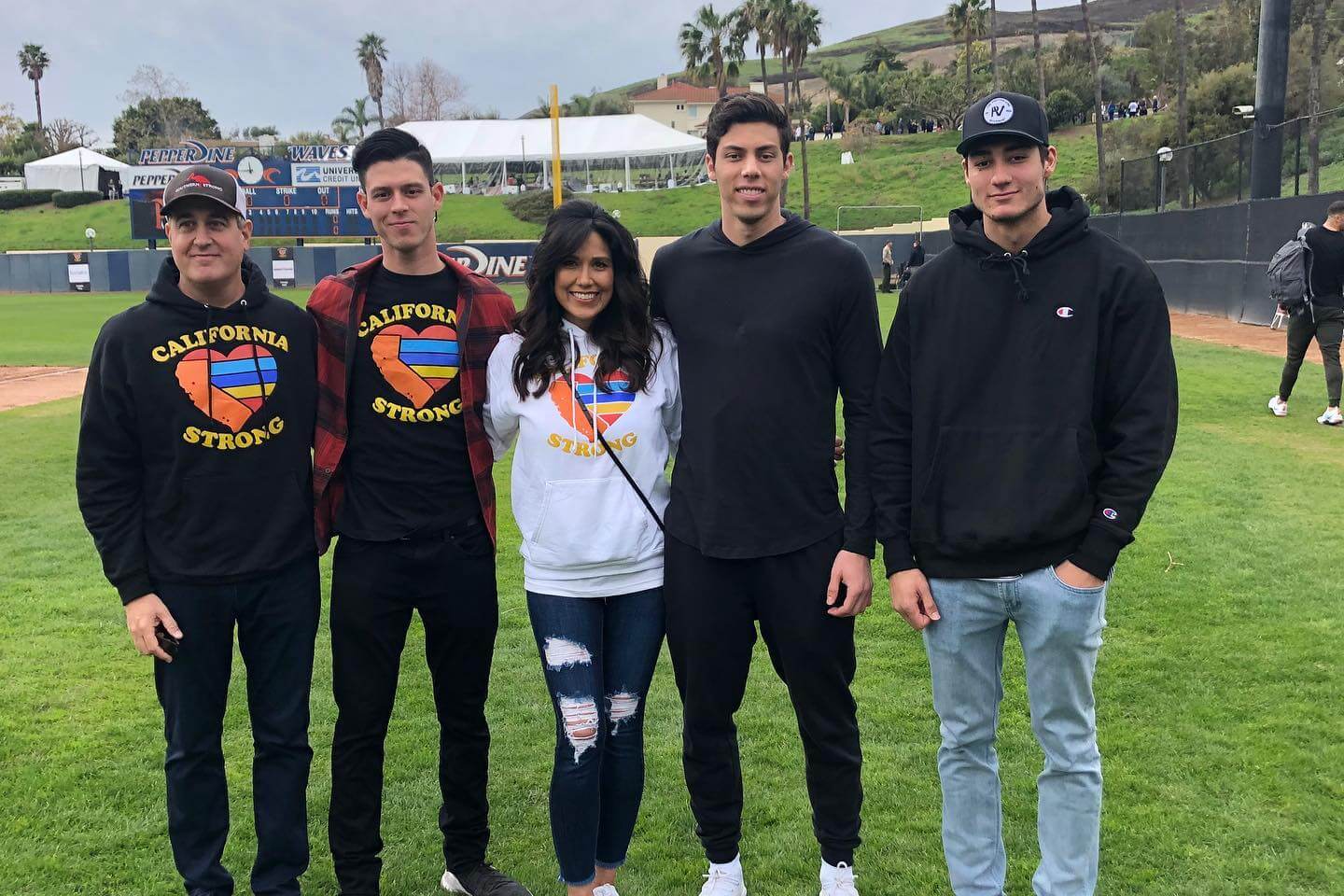 By virtue of his birth, Christian Yelich is an American national. However, his family origin is a mix of different Ethnicities.

From his paternal side, Christian Yelich has Serbian ancestry. Moreso, his wiki page reveals that his great grandfather was a Serb from Trebinje, Bosnia and Herzegovina.

Little wonder why he was baptised in the Serbian Orthodox Church – a sign which reflects his link to his Serbian roots. His parents named him after his great-grandfather and granddad.

Hence, his name during baptism was Risto Scepan Jelic (Risto was his great grandfather’s name, while Scepan is the Serbian version of Stephen, which was his granddad’s name too).

When you look at his facial features, you may wonder if the young lad has Asian roots. If you guessed so, then your speculation is not far from the truth.

It appears that Christian Yelich’s mother, Alicia Yelich, also has mixed Ethnicity like his dad. From what we’ve discovered, her grandfather was Japanese.

Interestingly, Yelich’s maternal Origin is also linked to Germany and America. Hence, the talented MLB player is a mix of different ancestry and culture. In a nutshell, he’s got Serbian, Asian, German and American family roots.

It is the dream of every dad to watch their children excel in all they do, and Yelich’s father is no exception. His full name is Stephen C. Yelich Jr. and he was born in 1960 in California, United States.

Yelich’s father has always been a great support to his career development since he was a little boy. Prior to the birth of his two younger brothers, Collin and Cameron, Christian spent as much time as he wanted training with his dad.

As a little boy, Yelich watched his father work so hard to ensure his family gets a better life. He gradually picked up his dad’s principles and also committed himself to working diligently to achieve his goals.

Mr Stephen Yelich is a skilled craftsman whose resilience in his job afforded him the means of raising his children into fine men. He was always present at major events in his sons’ lives, as you can see in the picture below. 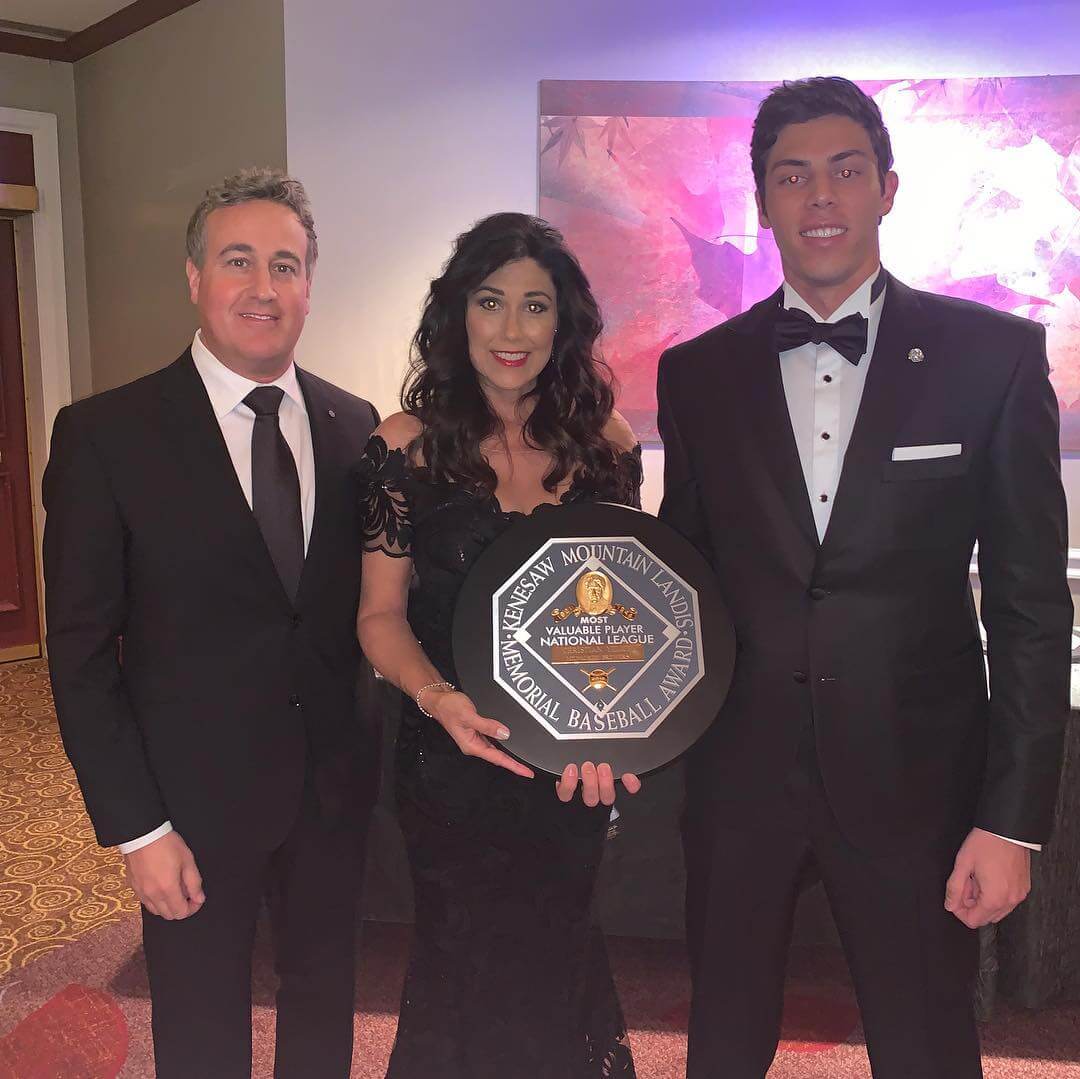 Right from his childhood days, the MLB left fielder has often stuck to his mother’s side as though she was the air he breathes. Like J. T. Realmuto, Yelich was inseparable from his mother (Alicia Yelich) since he was a little boy.

She was his closest companion and till date, their bond remains as strong as ever. Alicia Yelich was born on the 20th day of September 1968 in Woodland, California.

Yelich’s mom had an excellent education background, having graduated from El Camino Real High School in 1989. 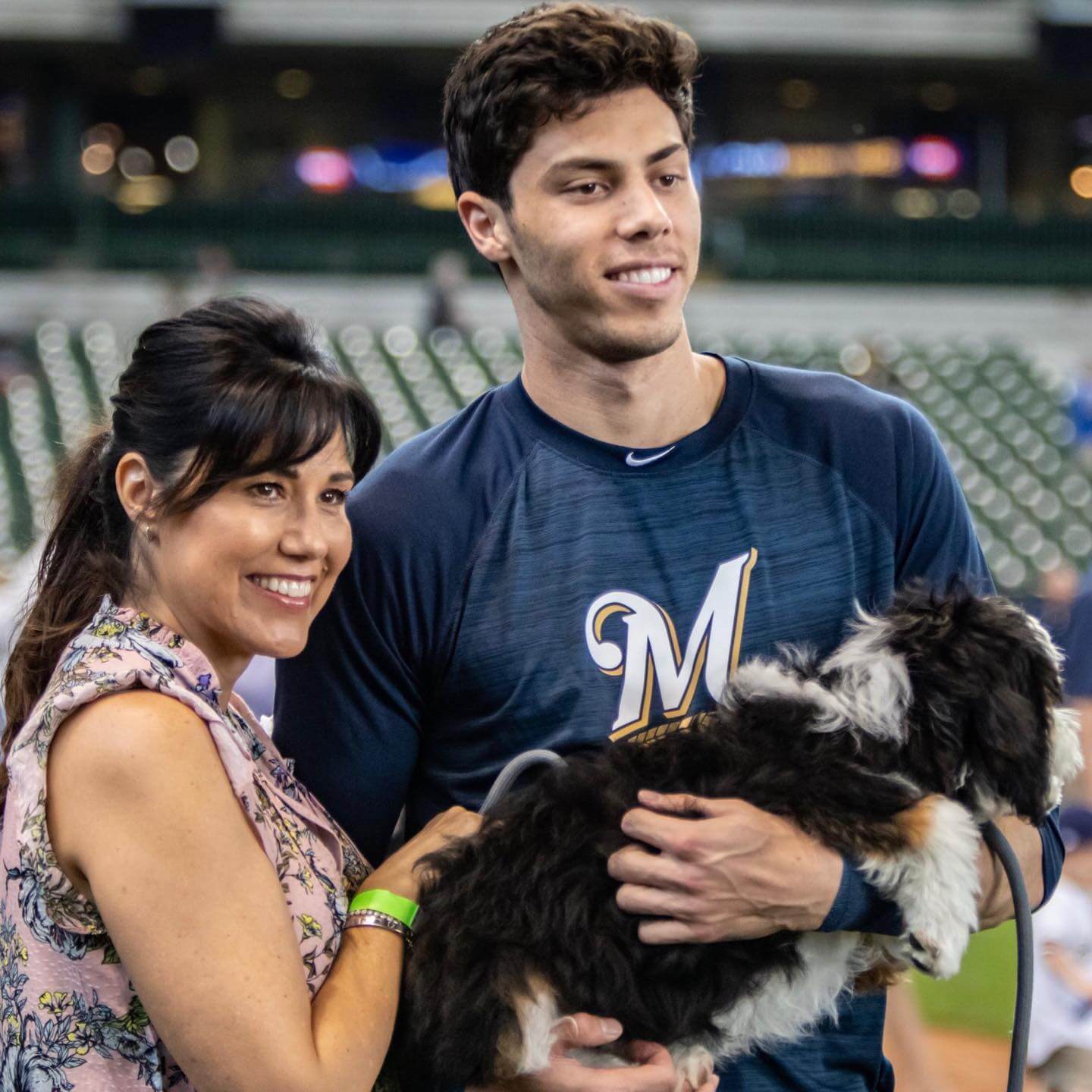 Alicia is a hardworking woman, just like Yelich’s father. She relies on her earnings to meet up with her needs. Moreso, she works at Douglas Elliman Real Estate, in Beverly Hills.

As a realtor, Christian Yelich’s mom earns a good amount of money. It’s all thanks to her success in Real Estate, Collin Yelich, also delved into the same line of work as his mother.

The left fielder has two younger siblings namely, Collin Yelich and Cameron Yelich. Collin was born on the 1st day of October 1993. He was an ex-baseball player who was specialized in hitting and catching.

Moreso, Collin was drafted by Atlanta Braves, but wasn’t as successful in baseball as his older brother. He quickly realised that baseball wasn’t working for him and had to change the course of his career. 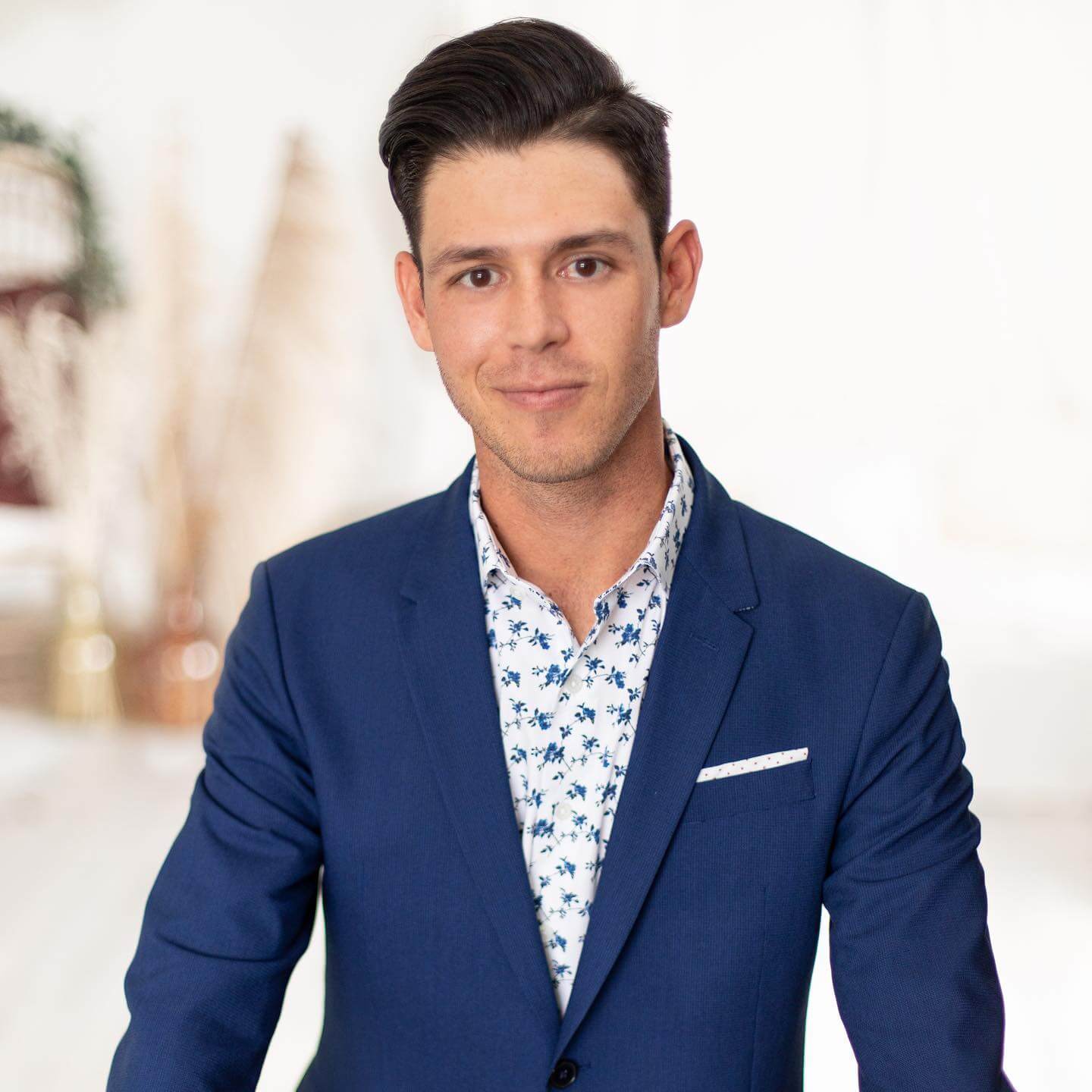 With his mother as a top Compass agent in Los Angeles and his uncle as a prominent commercial developer in Orange County, Collin has amassed a wealth of knowledge from years of exposure to the industry.

The second and youngest brother of the MLB player is Cameron Yelich. Unlike the rest of his family, Cameron has taken a distinct career route.

Apparently, he is a member of the United States Marine Corps. Despite his busy schedule, Cameron still creates time to watch his brother’s game.

It’s quite a beautiful sight to see all the members of Christian Yelich’s family cheering on him from the sidelines. 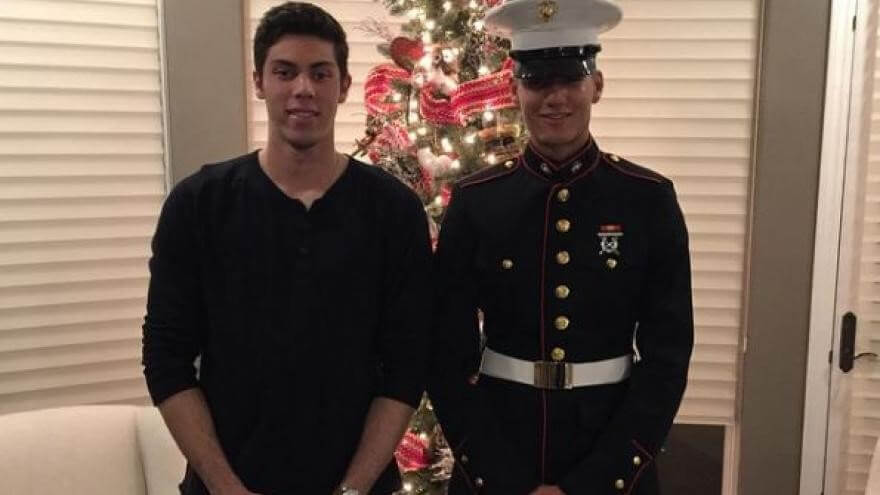 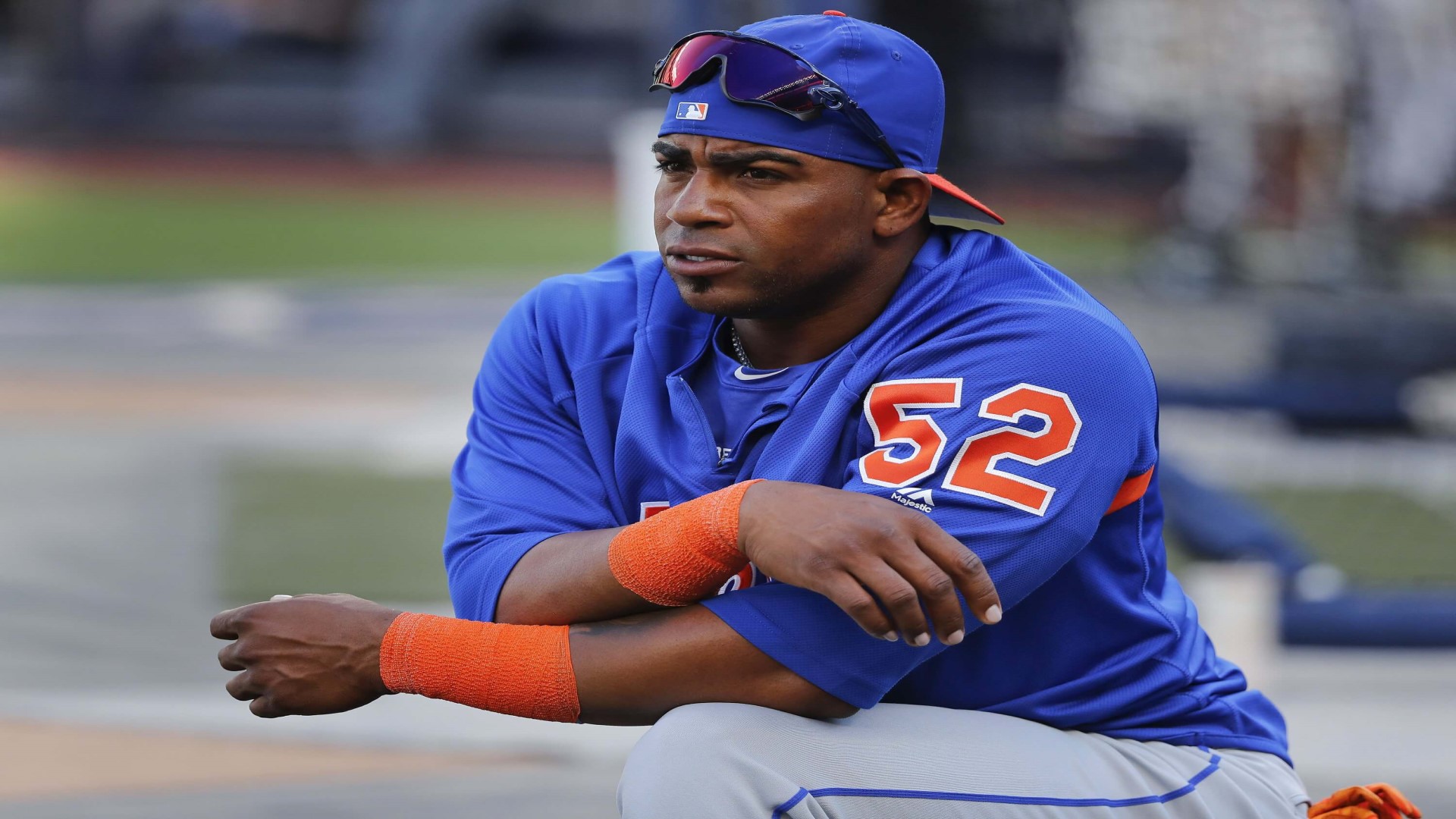 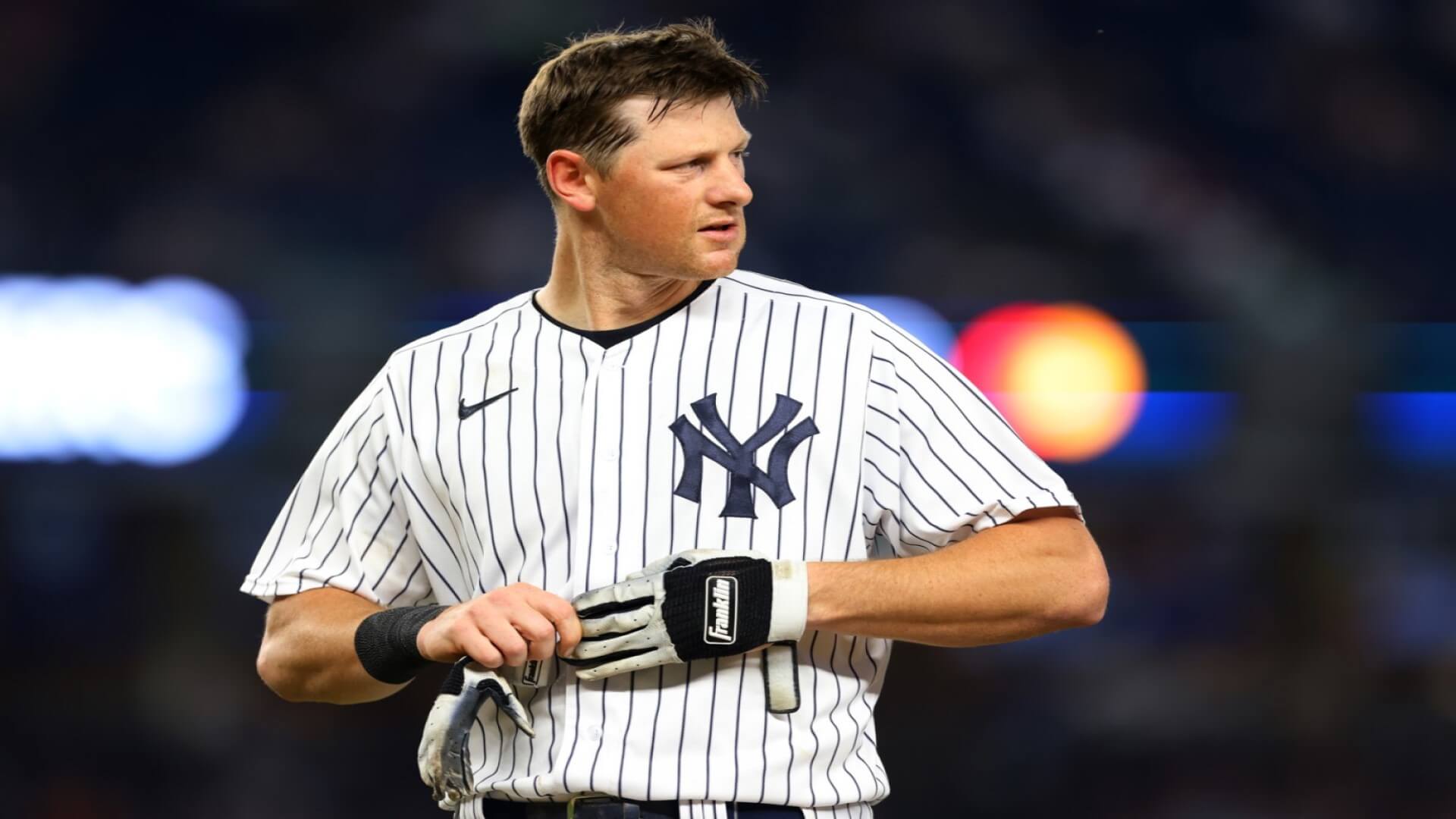