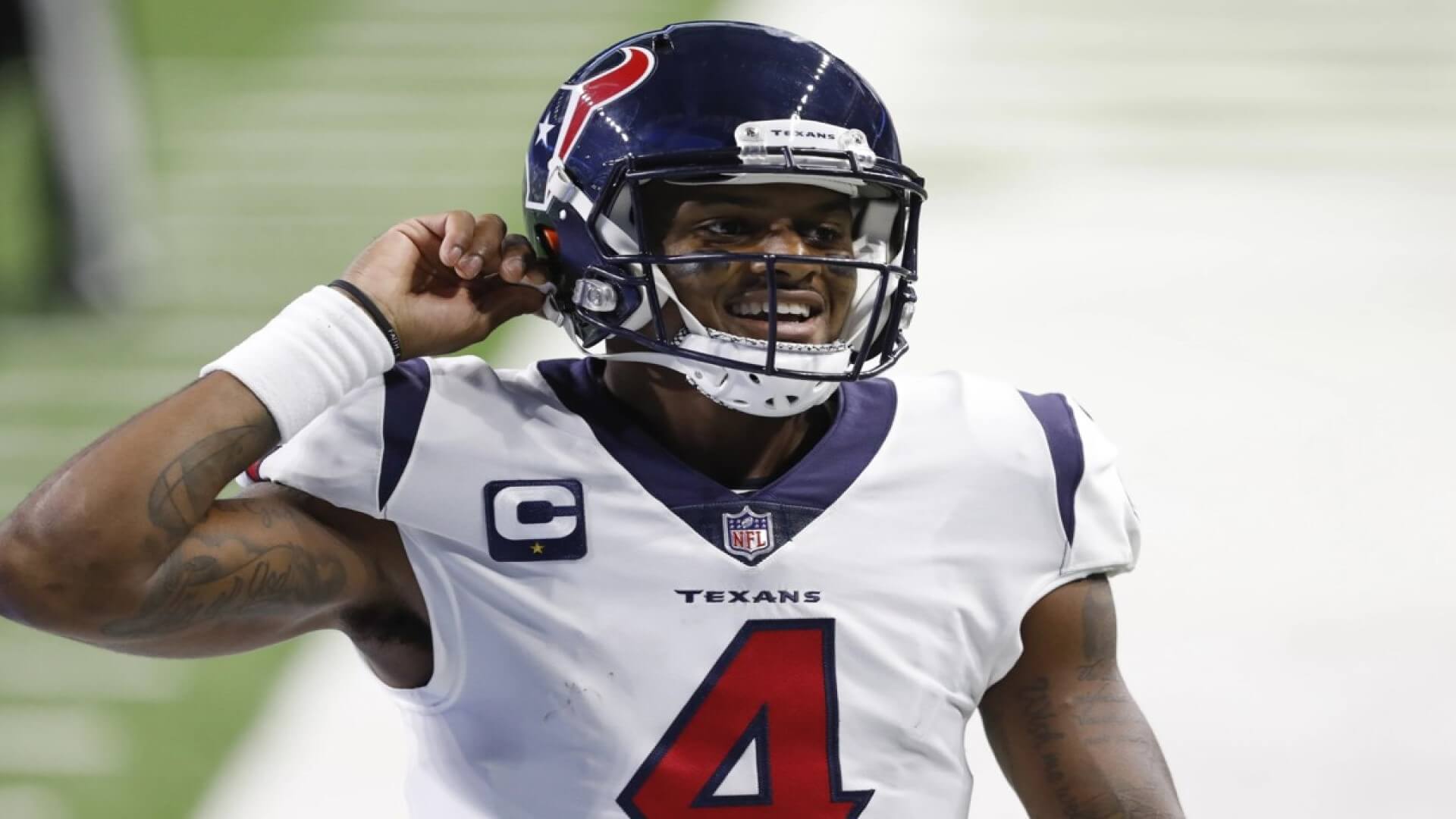 Sportblis presents you with some amazing facts about Deshaun Watson. Our article covers facts about his Girlfriend (Jilly Anais), Family, Father, Mother, Siblings, and much more.

Derrick Deshaun Watson is an American football quarterback who plays for the Cleveland Browns of the National Football League (NFL).

He was born on the 14th of September, 1995, to his father, Don Richardson, and mother, Deann Watson, in Gainesville, Georgia.

The quarterback was a talented player who led the Clemson University football team to a national championship in 2016. Perhaps his exploit inspired Trevor Lawrence to achieve a similar feat a few years later.

Watson was selected as the 12th overall pick by the Houston Texans in the 2017 NFL Draft. His rookie season recorded a series of successes before it was suddenly cut short by injury.

After recovering from injury, he guided his team to consecutive division titles in 2018 and 2019. He was exceptional in the 2020 season and led the league in passing yards.

Do you know?… Deshaun Watson has the highest career completion percentage in NFL history at the time of compiling this biography.

Sadly, he was kept out of his club’s squad for the entire 2021 season after dealing with a series of multiple sexual-misconduct lawsuits.

Eventually, the Houston Texans traded him to the Cleveland Browns for a five-year contract worth $230 million in July 2022. This turned out to be one of the most expensive contracts in NFL history.

Deshaun Watson is a step away from achieving a similar relationship status to Patrick Mahomes and Jason Kelce. This is because he already has a girlfriend who might become his future wife.

The woman who has captured his heart is Jilly Anais, an Instagram influencer, YouTuber, and model. She and Watson began dating in 2019. 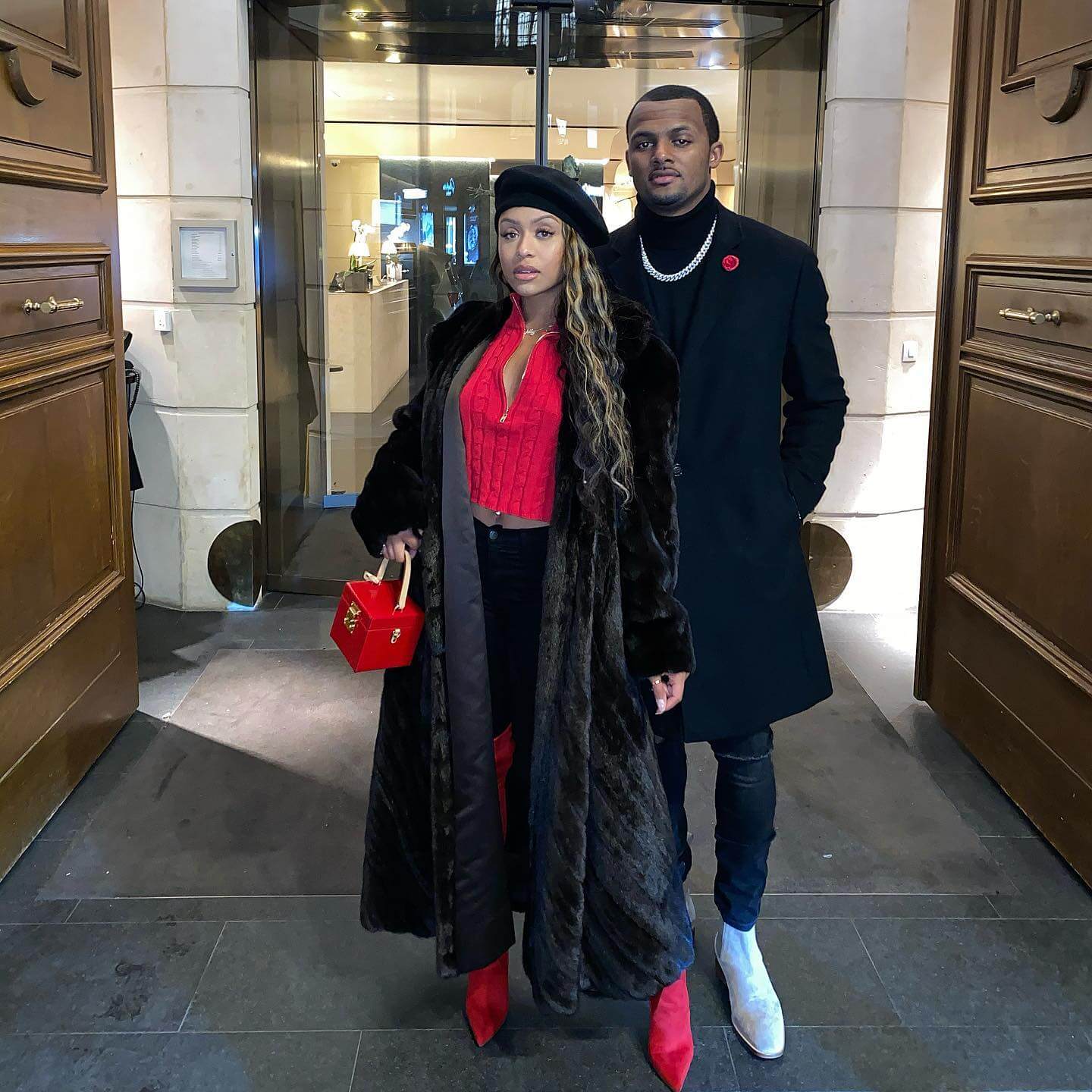 Interestingly, the love birds met in a restaurant in Los Angeles and were attracted to themselves at first sight. They followed each other on social media and created a deep bond.

After a few months of friendship, Watson and Jilly Anais fell in love and started dating. Their love story started in July 2019 and has attracted the attention of many football fans.

Jillyan Anais Moor was born on the 2nd of January 1996 to her father, Jules K Moor, and mother, Theresa Moor (nee Wilturner), in Houston, texas.

She is the oldest of two children born to her parents. Her younger brother, Jules A Moor, played basketball at Texas State.

From her childhood days, Anais took ballet classes because she loved performing arts. She was a creative and talented dancer and often got the lead roles in the Ensemble Theater throughout school. 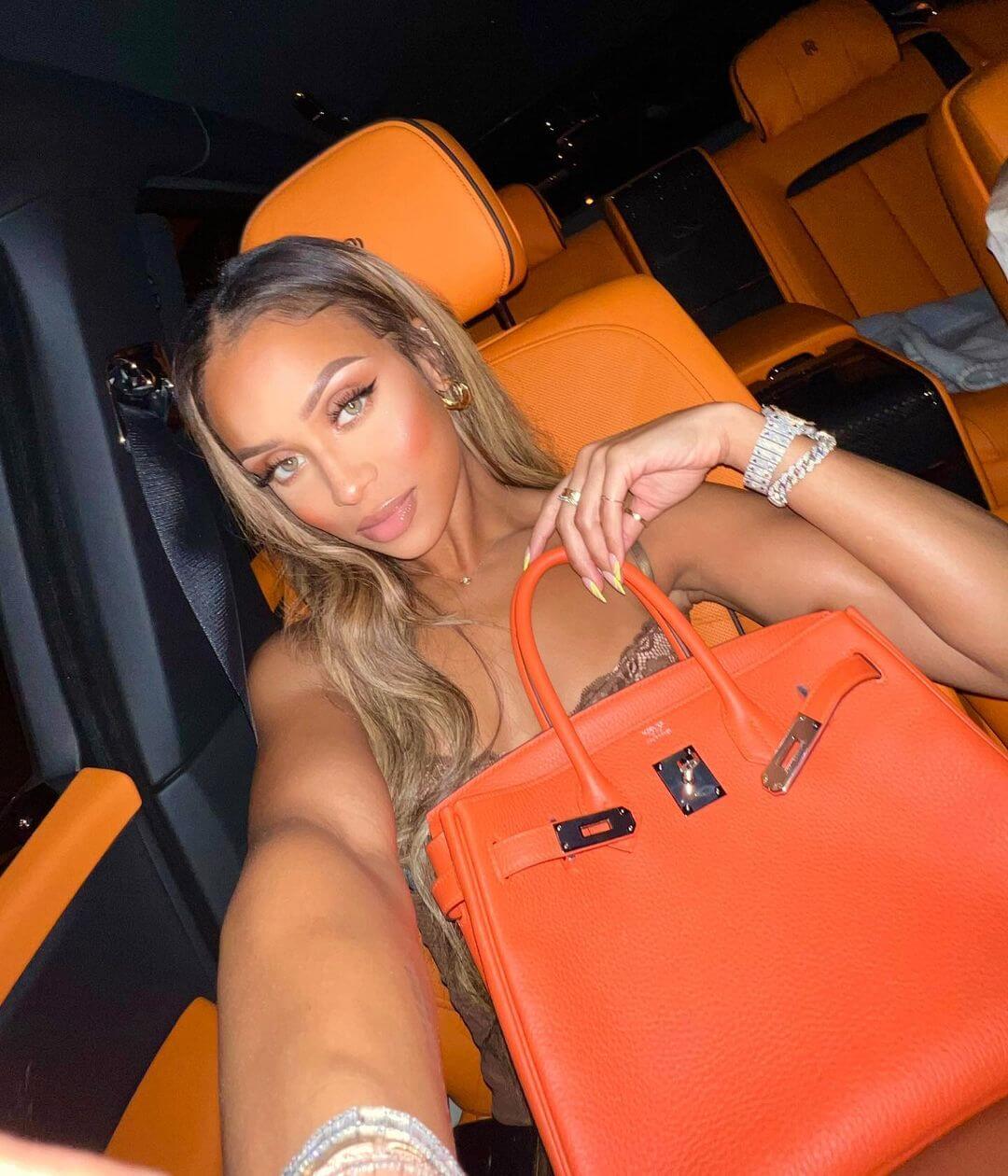 Anais became a high school varsity cheerleader for four years thanks to her dancing and leadership qualities.

At the age of 15, Deshaun Watson’s girlfriend was already making a name for herself. She won the 2011 Miss Teen Houston. Afterward, Anais moved from her birthplace to Los Angeles to follow her dream.

In no distant time, she entered the modeling industry and worked with noteworthy agencies like Otto Models, IMG Models, and Icon Media Direct.

Jilly Anais made memorable appearances in commercials for brands like Sakowitz Furs, Sports Authority and Academy.

YOU MAY LIKE:  Why Do Football Players Wear Tape on Their Arms?

At about the time she moved to Los Angeles, Anais delved into pop music. She released her first single and Extended Play (The Juice) in 2014.

With her level of experience in theatre acting, Anais landed commendable roles in several TV shows, including God Send and East Los High. She also starred in the movie Scooby-Doo is Back.

The year 2015 saw Watson’s girlfriend release her second single, Afterparty. Interestingly, her songs have amassed millions of views on YouTube.

With her singing and acting endeavors, Jilly Anais has amassed a large chunk of money in her bank account. Of course, she is a reliable young lady with multiple income streams.

It is important to note that Anais also makes so much money from social media. As an Instagram influencer, she earns money from paid promotions.

Similarly, she earns a reasonable sum of money from her YouTube channel. After analyzing all her income streams, we’ve estimated Jilly Anais’s Net Worth to be a whopping sum of $2 million (2022 Stats).

Hence, she joined the cheerleading team, where she could dance and entertain sports lovers. Thanks to her family’s support, she has achieved so much success in her career.

What is Jilly Anais’s Ethnicity?

Judging by her birth, Watson’s girlfriend is a citizen of the United States of America. However, her maternal and paternal family origin comprise diverse European roots.

In a nutshell, Jilly Anais’s ethnicity is of French, Dutch, and Creole descent. Some sources believe her ancestry also has traces of Jamaican and African roots.

Jilly Anais’s dad, Jules K. Moor, was born on the 2nd of July 1963. He was an athlete who had an interest in basketball. In his early days, Jules K. played basketball at Texas A&M and College Station.

The damsel’s parents met in Texas many years before her birth. Her father and mother dated for a while before tying the knot as husband and wife on the 10th of March 1995, in Texas, United States. 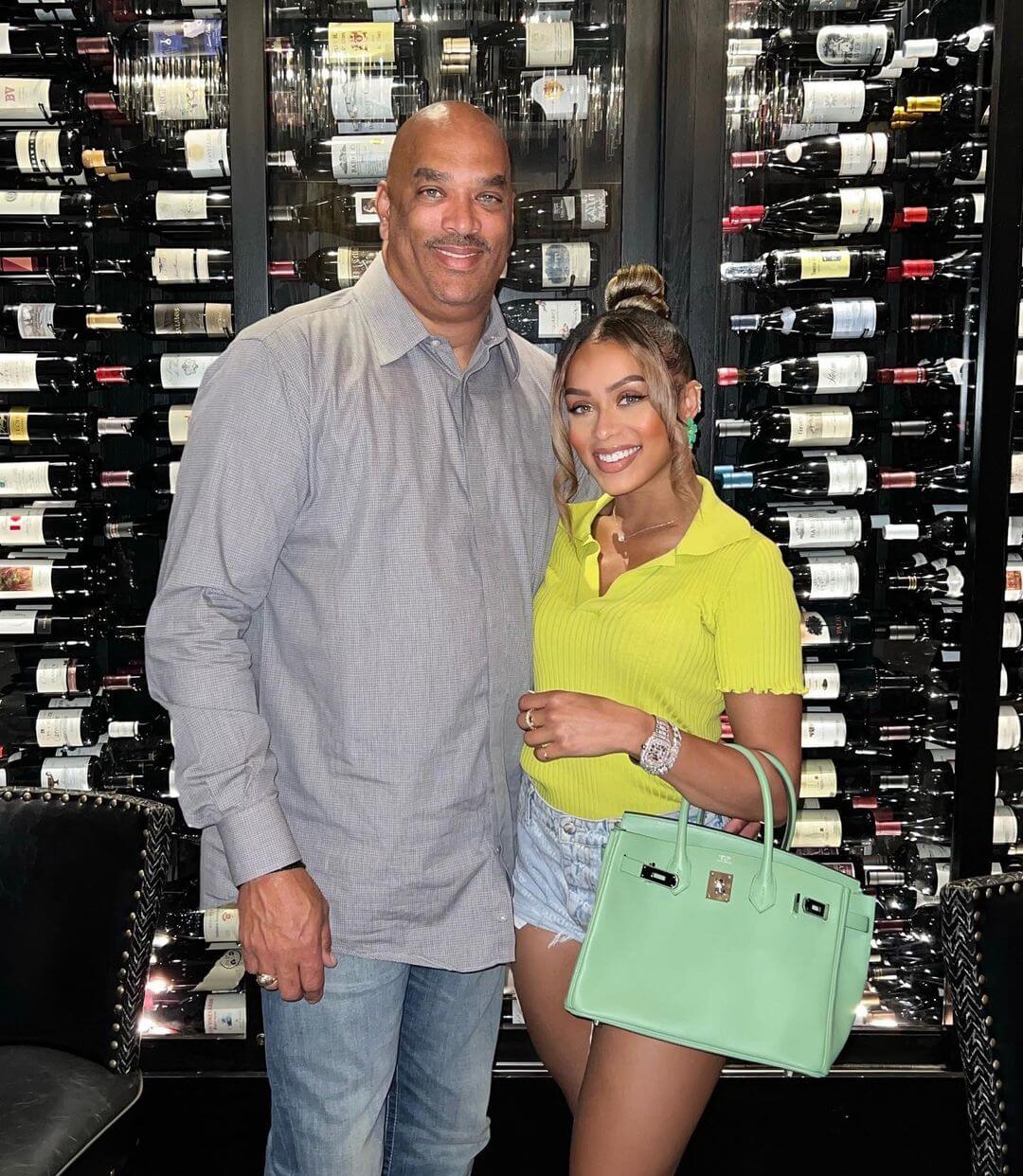 Anais’s mom, Theresa Moor, was well educated and worked as a Senior Sales Executive at Comcast. She has always supported her husband in taking care of some financial responsibilities.

Three years after the birth of Jilly Anais, her family welcomed another child into the world. This meant that Watson’s girlfriend was now entitled to upholding the big-sister role in protecting her kid brother.

Anais’s younger sibling, Jules A Moor, grew up following in the footstep of their father. He had a keen interest in basketball and spent a lot of time working hard to become better at the game.

Many people who only got to know Deshaun Watson after his meteoric rise to fame in the NFL didn’t know how much he had to struggle in his childhood days.

The young lad came from a low-class family background, which made his growing-up days pretty difficult. However, he didn’t allow his family’s financial shortcomings to deter him from pursuing his dream.

Watson and his three siblings were single-handedly raised by their mother. Before we delve into detailed facts about each member of his family, let’s talk about his ancestry.

There is no doubt that Watson is an American national and a native of Gainesville, Georgia. It is also imperative to note that his skin complexions hold basic truths about his ethnicity.

In other words, Watson’s black skin shows that he has traces of African heritage in his family roots. Like Malik Willis, his ancestry is of African-American descent.

For kids without a dad to rely upon, their mom had to play the role of both father and mother simultaneously. This was the case of Deann Watson, who worked tirelessly to put food on the table for her kids.

Due to her low income, which couldn’t cover her high financial responsibility, Watson’s mom lived in a government-run apartment with her children.

Although she had difficulty raising her four kids alone, she never backed out of their life.  Her hard work and persistence made sure they all went to school.

Fate seemed too cruel to the Watson family as Deann Watson was diagnosed with stage-five tongue cancer in 2011.

It all happened when Deshaun was still in high school. As expected, the news of his mom’s ailment turned his entire world upside down.

The athlete and his older brother, Detrick, knew they had to take up all the household and financial responsibilities. Moreso, they were determined to do anything possible to save their mom from her illness.

Hence, Watson worked four jobs to provide for his family while his mother battled cancer. The burden would have been excessive if Deshaun’s aunt and uncle (Sonia and Terri) didn’t step in to support his family during this crisis.

They often welcomed the quarterback and his siblings to their home when Deann was getting the treatment she needed.

Watson’s mom held onto life because she wanted to see her children achieve all they’d ever dreamt about. Her unfathomable, motherly love and unwavering zeal for survival kept her hope for good health kindled. 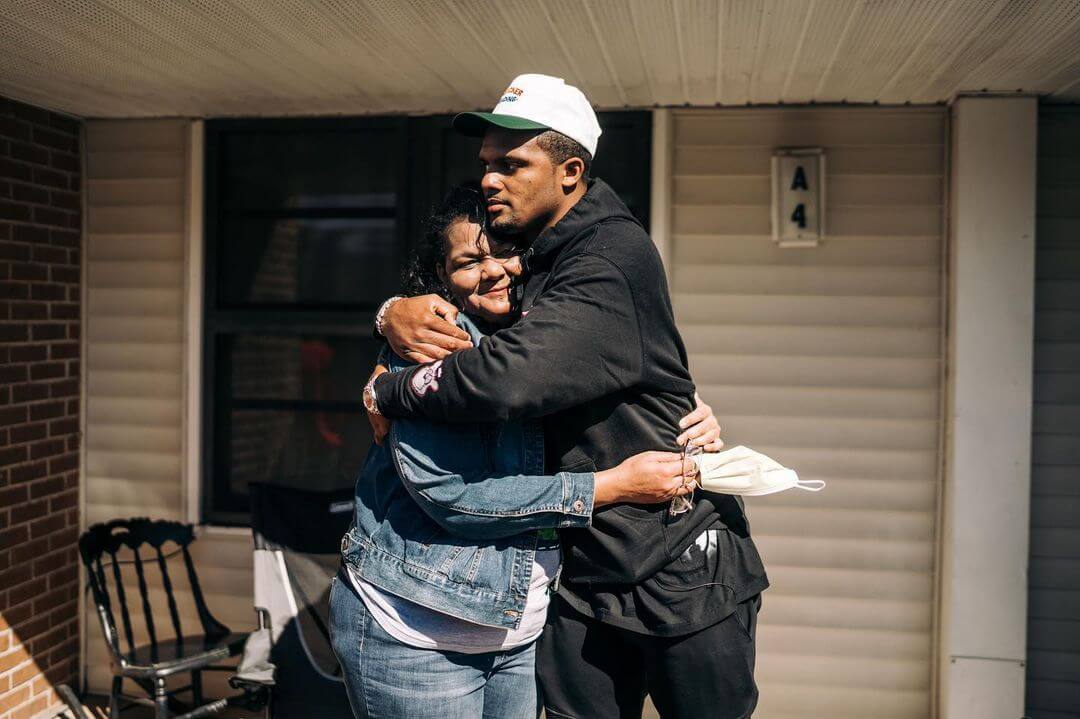 How she got Treated:

Do you know?… Deann Watson was receiving treatment in Atlanta, about 50 miles away from her home in Gainesville. She didn’t want her kids to suffer with her as she battled her illness.

Hence, Deann restricted Deshaun and his two younger twin siblings from visiting her. Only her first son, Detrick, stayed with her during her treatment phase.

As expected, she lost her hair through chemotherapy and radiation while enduring painful surgeries to remove her tongue. Afterward, her tongue was then reconstructed.

It was indeed six long months of suffering for Deann and her household. After going through a grueling rehab, she returned home, cured of her ailment. But her speech never remained the same (it became less clear than usual).

Every child deserves to spend quality time with their dad. This will help them have wonderful memories that make them feel loved even in difficult times.

Sadly, Deshaun Watson didn’t get to enjoy this privilege. He and his siblings grew up without a father figure in their life. Rumours have it that Watson has probably never met Don Richardson (his dad).

This is because their father wasn’t present in their life, especially at the time they needed him the most. Thankfully, Watson and his siblings grew into reliable individuals, even without their dad.

The quarterback has one older brother and two younger siblings. His older brother, Detrick, played football during his growing-up days.

However, he couldn’t make it to the professional league and had to focus on other businesses for his survival. Detrick Watson has been the father figure in the Watson family.

He is a supportive young man who sacrifices to see his younger siblings excel in their career pursuits. Detrick is a married man at the time of compiling this biography.

Yes, he and his pretty wife, Lameshia Richie Watson, tied the knot in 2021 after the birth of their son Dylan Watson. We hope the NFL prodigy takes after his brother by getting married to his long-time girlfriend, Jilly Anais.

Watson’s younger brother (Tyreke) and sister (Tinisha) are twins. Tyreke also played college football in his childhood days but later turned to the fashion world when football didn’t work out for him.

He worked in a clothing and apparel company known as Diamond Supply Co. On the other hand, Tyreke’s twin sister (Tinisha) used to run track as a little girl. 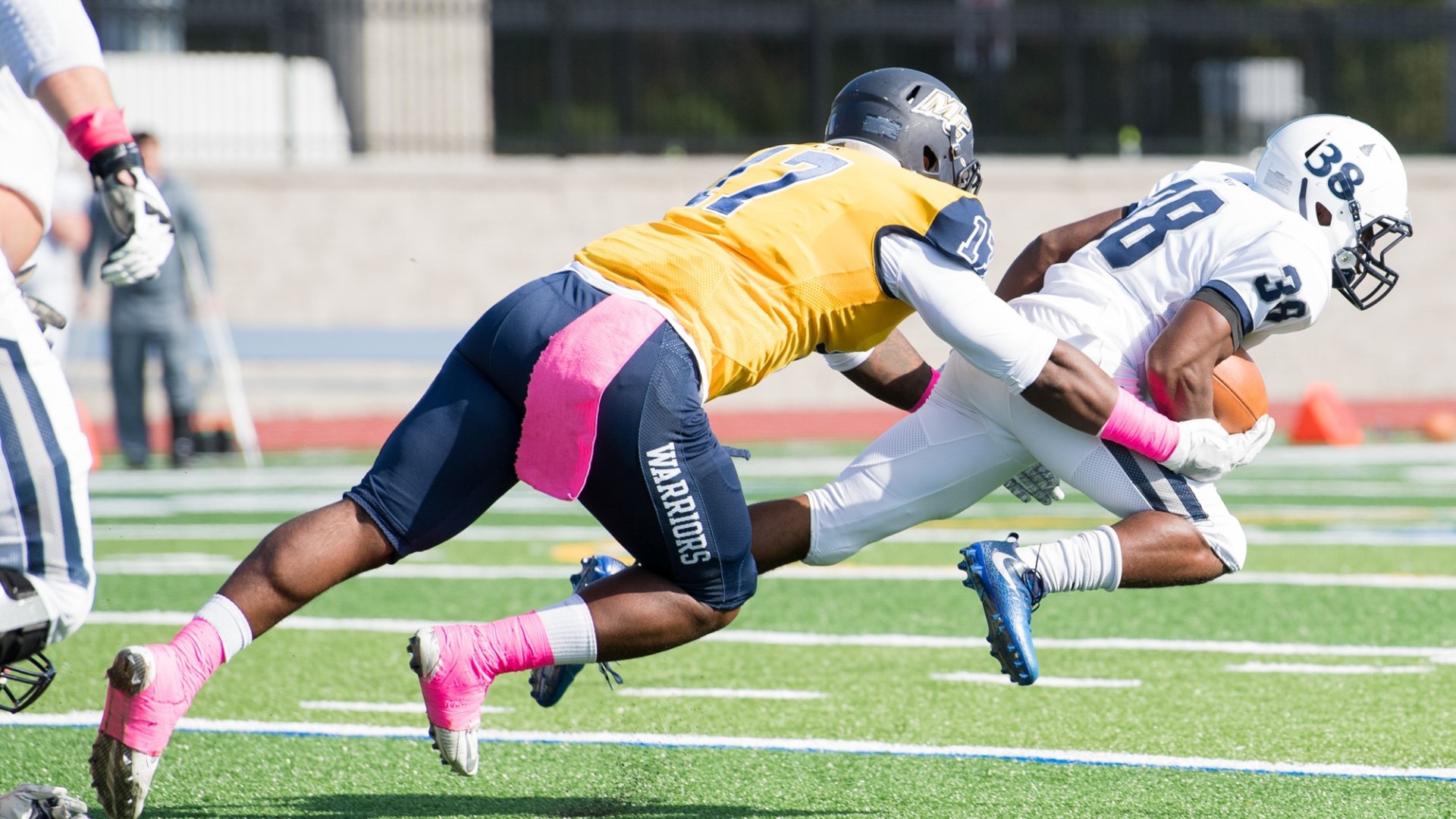 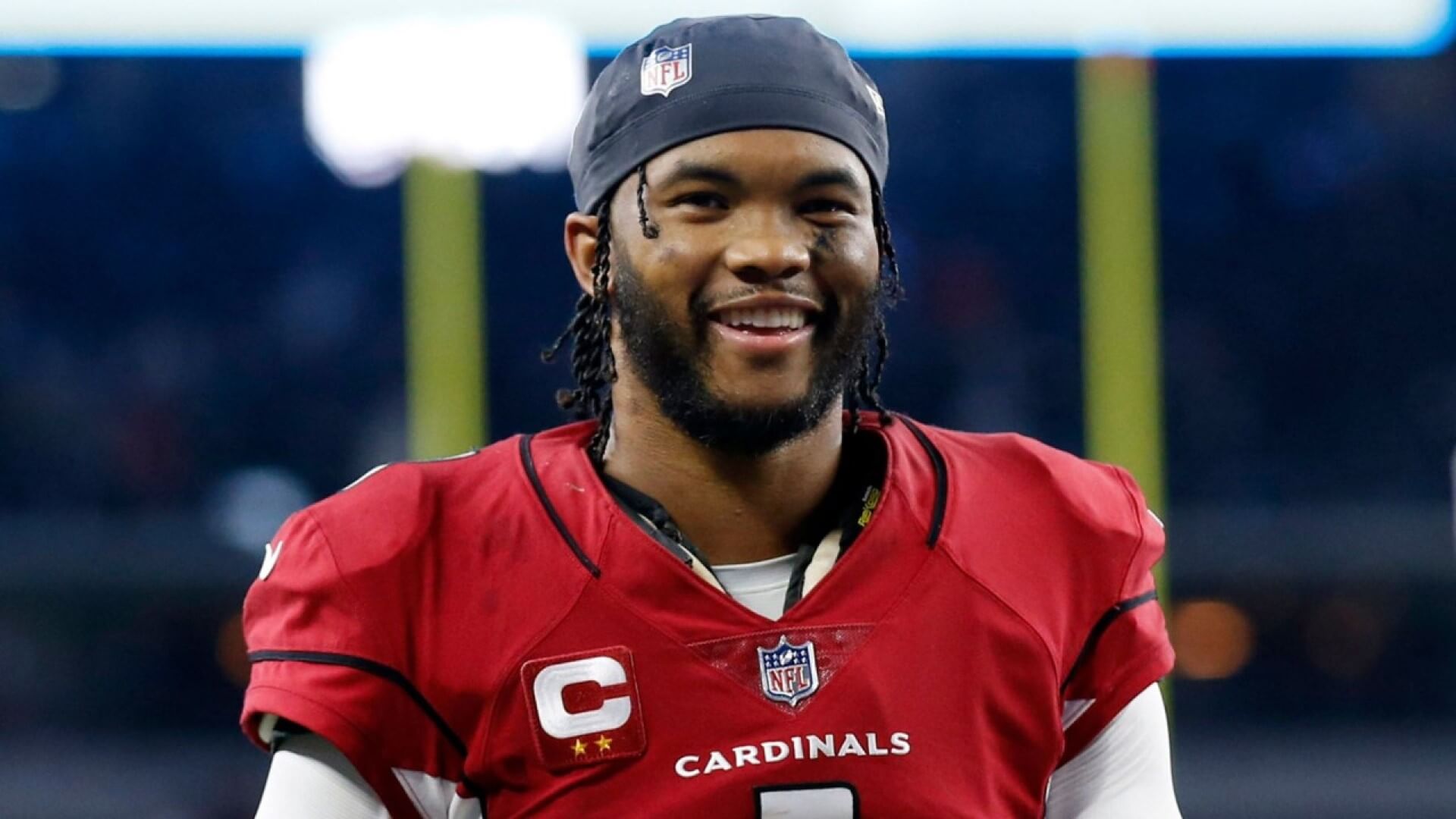 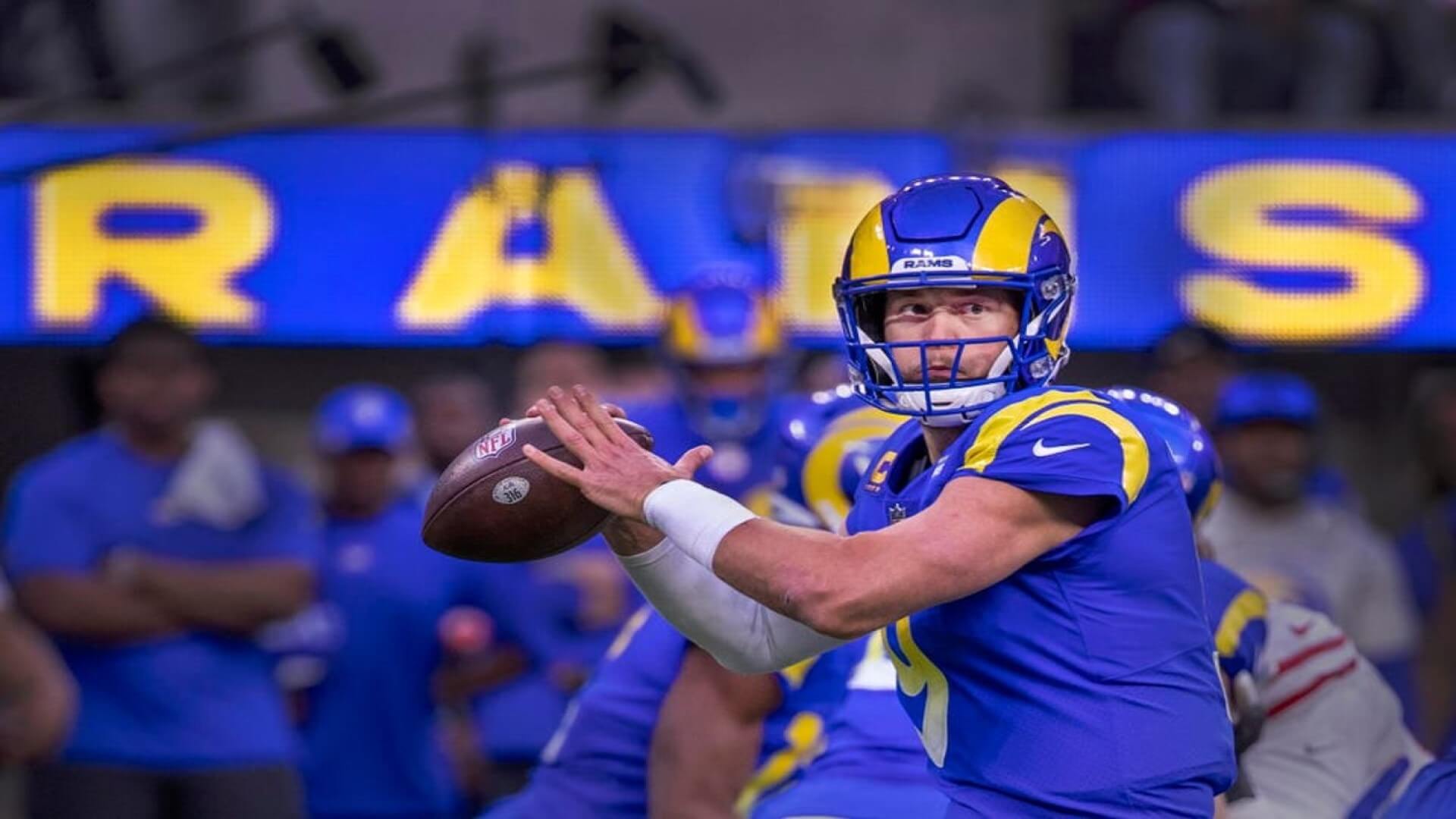