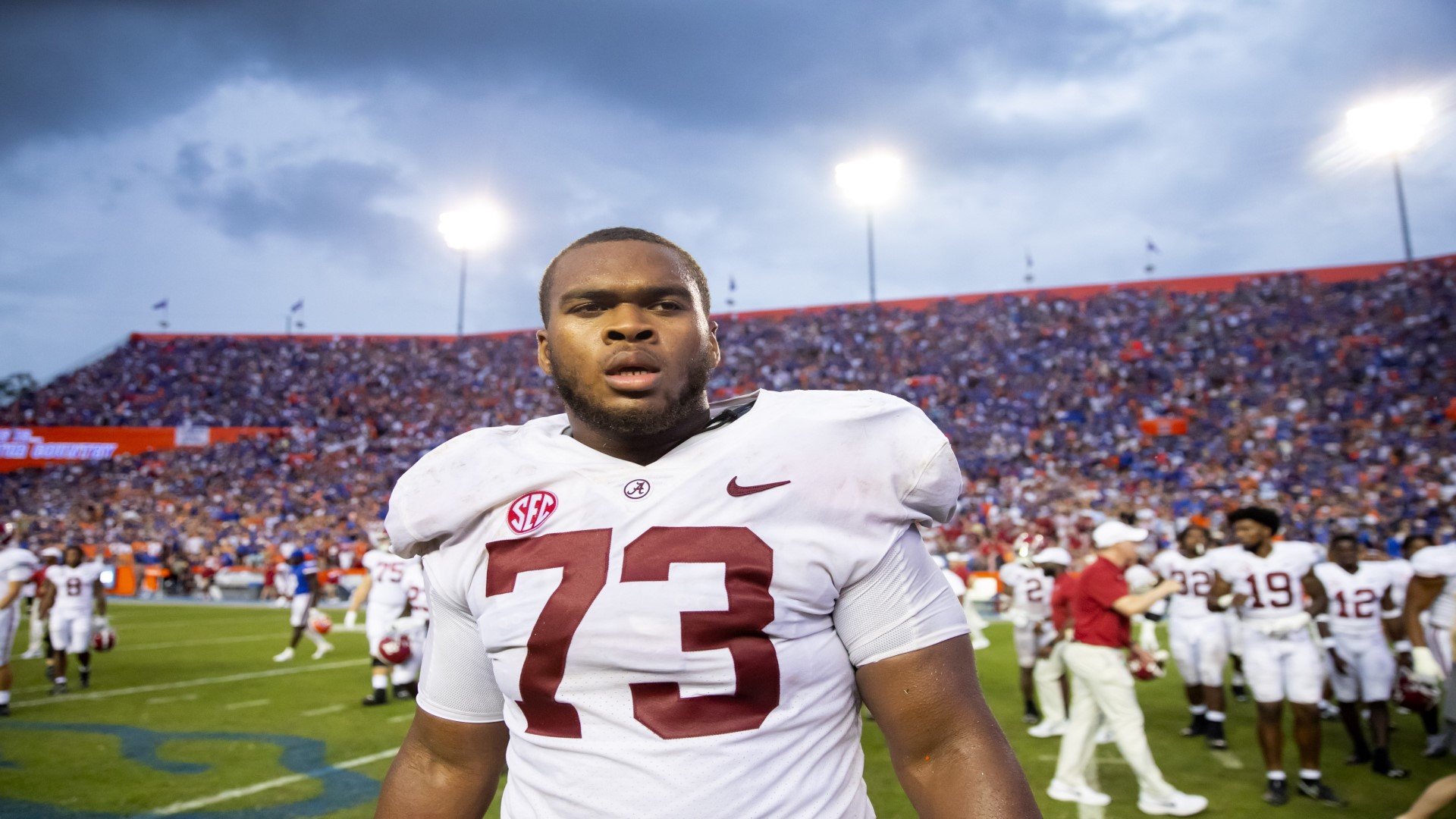 Evan Neal is an American football offensive tackle who plays for the Alabama Crimson Tide. We present you with interesting facts about his family (parents & siblings), girlfriend, and career life.

Thanks to his family background, Neal didn’t have difficulty in learning to play football. Apparently, he hails from a household that has a strong tie with football.

Neal’s family shares a true bond united not only by blood but also by respect for each other’s life. He’s received so much support from both his parents (pictured below), siblings and cousins.

Even his relatives are always praying for him to succeed in football. Of course, he is as fortunate as Zack Wilson, who had his father teaching many skills in the game.

Do you know?… Two of Neal’s relatives (Cleveland Gary and Jimmie Jones) played for the Miami Hurricanes.

Cleveland Gary (Neal’s cousin) was a former running back while Jimmie Jones (his uncle) was a defensive tackle as well as a 2-time Super Bowl champion.

Indeed, the collective support of his family has helped him succeed in sports beyond what he had imagined. Now, we present you with more facts about every member of his household.

Another talented athlete in his football-centric family is his father, Eddie Neal. Back in the day, Neal’s dad played football as a linebacker at Tulane.

He was experienced in the game and worked hard for the success of his team. However, he never made it to the professional league. Hence, he invested his efforts and resources in raising Neal to excel beyond his imagination in football. 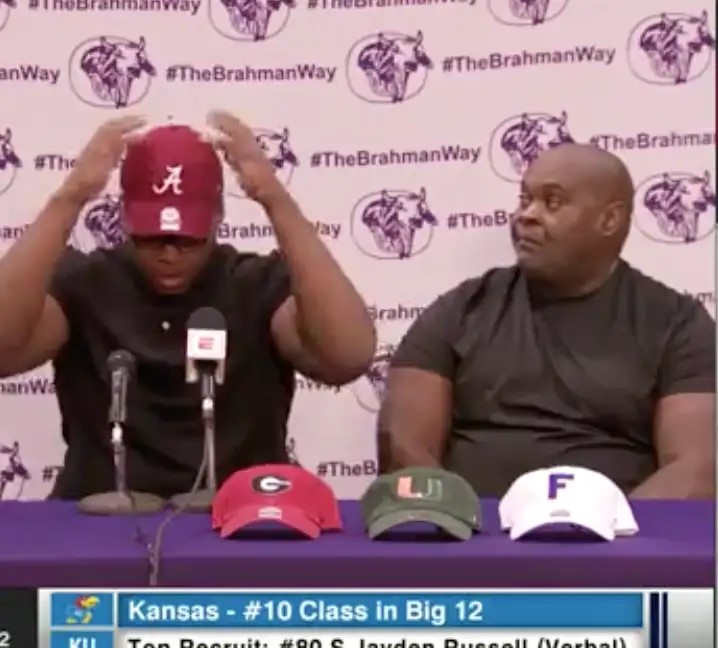 Since his childhood days, Evan Neal had shared a close bond with his father. But that didn’t stop Mr Eddie from being strict with his boy. As a matter of fact, Neal’s father instilled in him a great sense of discipline.

Thanks to him, the young offensive tackle strictly keeps to his training routines. This has helped him grow into a reliable and talented athlete over the years.

While his dad enjoys living a low-key lifestyle, his mother, on the other is quite the social type of person. Her name is Sheila, and she’s quite fond of posting her children’s pictures on her Instagram page.

Like every mother, Sheila Neal is so happy to see her sons do so well in football. Moreso, she has been a counsellor to her boys when they needed to make important decisions about their career life.

Sheila Neal was a die-hard fan of the Miami Hurricanes because her relatives once played there. However, she has no other option but to support the Alabama Crimson Tide now that Neal has committed to play college football for the University.

The offensive tackle is not the only child of his family. He’s got an elder brother and three sisters that we know.

Neal’s older brother is Erick Neal, and he is also a college football player. We’ve prepared a throwback picture of Erick and his date (perhaps his girlfriend) during his memorable prom night. Take a look. 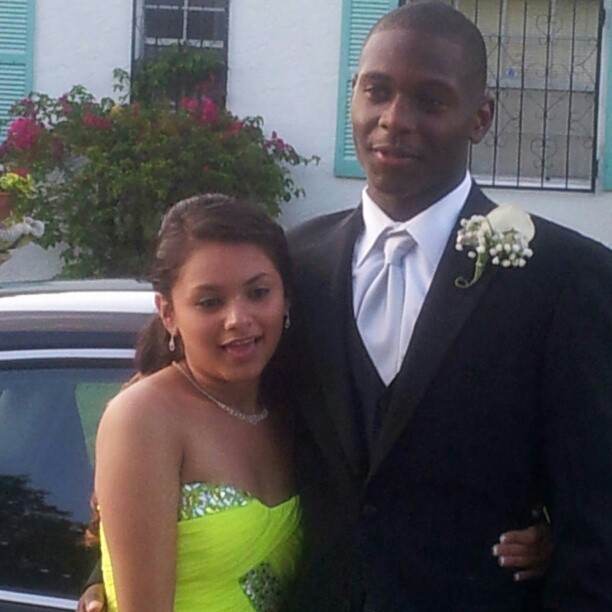 As earlier stated, Evan Neal has three sisters whose names are unmentioned in his biography. As an elder brother, the athlete ensures he surprises his younger siblings with many gifts.

He also spends some quality time with them whenever he is less busy with his football endeavours.

Of course, we live in a world where young lads tend to get married to the girl of their dream as early as possible. Hence, we wouldn’t be too shocked if Neal’s fans make inquiries about his relationship status.

Apparently, the offensive tackle is focused on his career that thoughts about marriage are yet to cross his mind. As of 2021, Neal is still single and there is no sign of him getting a wife for himself anytime soon.

Who Is Evan Neal’s Girlfriend?

Being single does not stop him from having an exquisite lady that will shower him with love. The irreplaceable women in his life are his mother and sisters.

While researching for information about his girlfriend, we discovered that Neal is not in a relationship with anyone as of 2022. Even his Instagram page has no picture that suggests he has a girlfriend.

Hence, the offensive tackle has no girlfriend at the time of compiling these facts about him. He is absolutely satisfied with his single lifestyle and enjoys training with his teammates.

How Old Is Evan Neal?

Evan Neal was born on the 19th day of September 2000, to his mother, Sheila and father, Eddie in Okeechobee, Florida. Judging by his date of birth, he is apparently 21 years at the time of compiling this Biography.

How Tall Is Evan Neal? – Height And Weight:

He’s got an excellent height that would likely intimidate his opponents. According to his wiki page, Evan Neal has a height of 6 feet and 7 inches, which is equivalent to 2.01 m.

Thanks to his weight, Neal is able to stand firm on the pitch. With a weight of 350 lb (159 kg), it will be easy for the young athlete to break through his opponent’s defense line. Indeed, he’s got the perfect weight and height for football.

Before going to IMG Academy in Bradenton, Florida, Neal attended Okeechobee High School. He took part in the Under Armour All-America Game in 2019. Being a five-star recruit, Neal has committed to play college football for Alabama.

YOU MAY LIKE:  Charles Cross Family (Parents & Siblings), Girlfriend And Facts

Interestingly, he started all 13 games as a rookie at left guard before switching to right tackle in 2020. He was a key player of the team that won the National Championship in the College Football Playoff in 2021.

As seen in the picture below, he has been destined to be a prolific player since his childhood days.

2. Does Evan Neal Have A Tattoo?

The young athlete does not share the same opinion about body arts as Ja’Marr Chase. He isn’t fond of tattoos and has shunned any form of inking since he became popular in college football.

Perhaps when he joins the professional league and start to win trophies, Neal may decide to ink some tattoos of his achievements on his body.

During his time at Alabama, Neal demonstrated positional versatility by playing both RT and LT. He has the natural run-blocking skills to play RT, but he excels at pass protection at LT. In the run game, he possesses the mentality of a mauler, which allows him to play snaps at guard.

4. What Is Evan Neal’s Religion?

When it comes to matters of religion, many football players have been particularly silent about their faith. In the same vein, Neal doesn’t talk much about his belief. Nonetheless, he is a Christian but doesn’t always upload religious pictures like Trevor Lawrence on his social media platform. 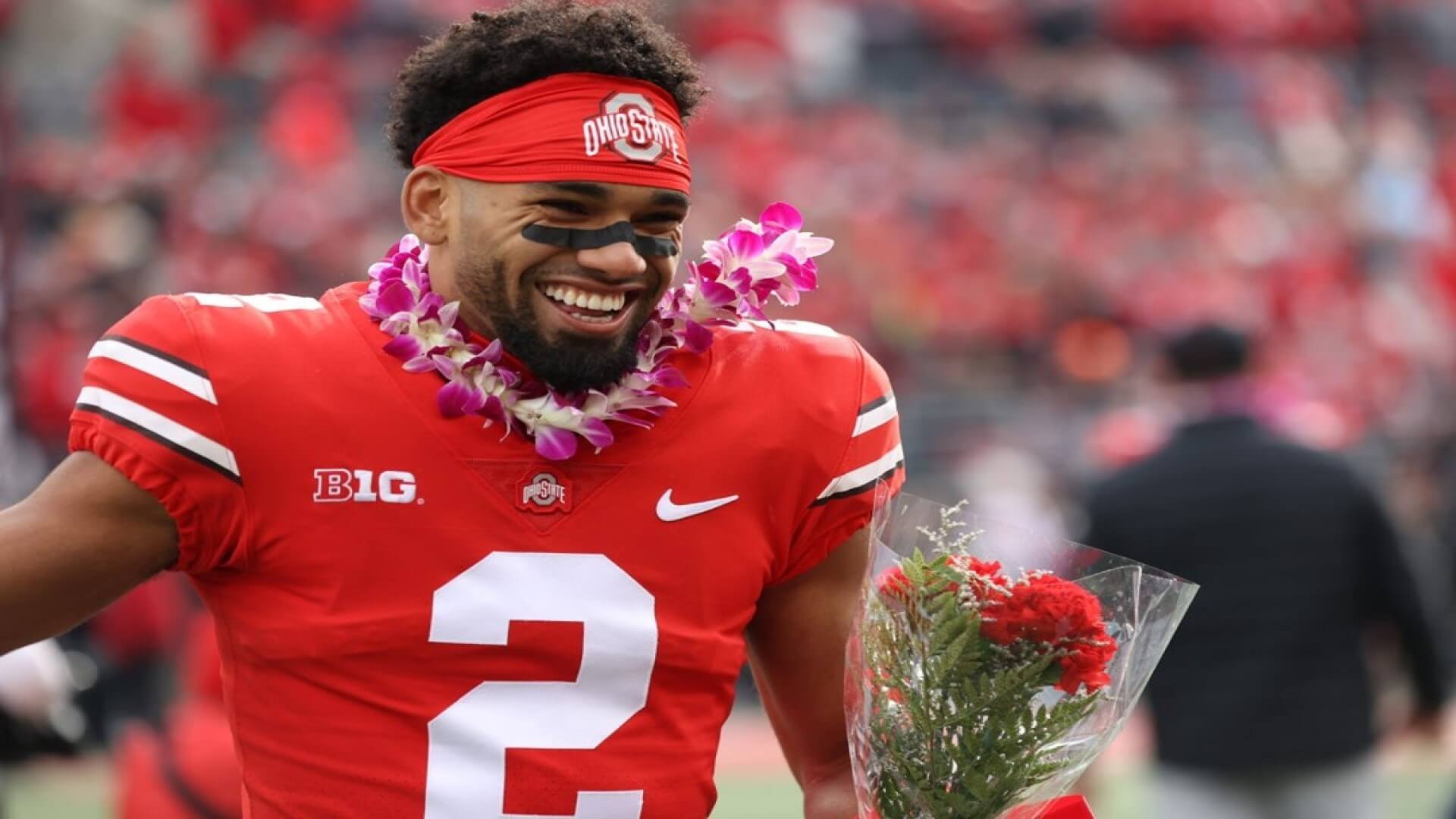