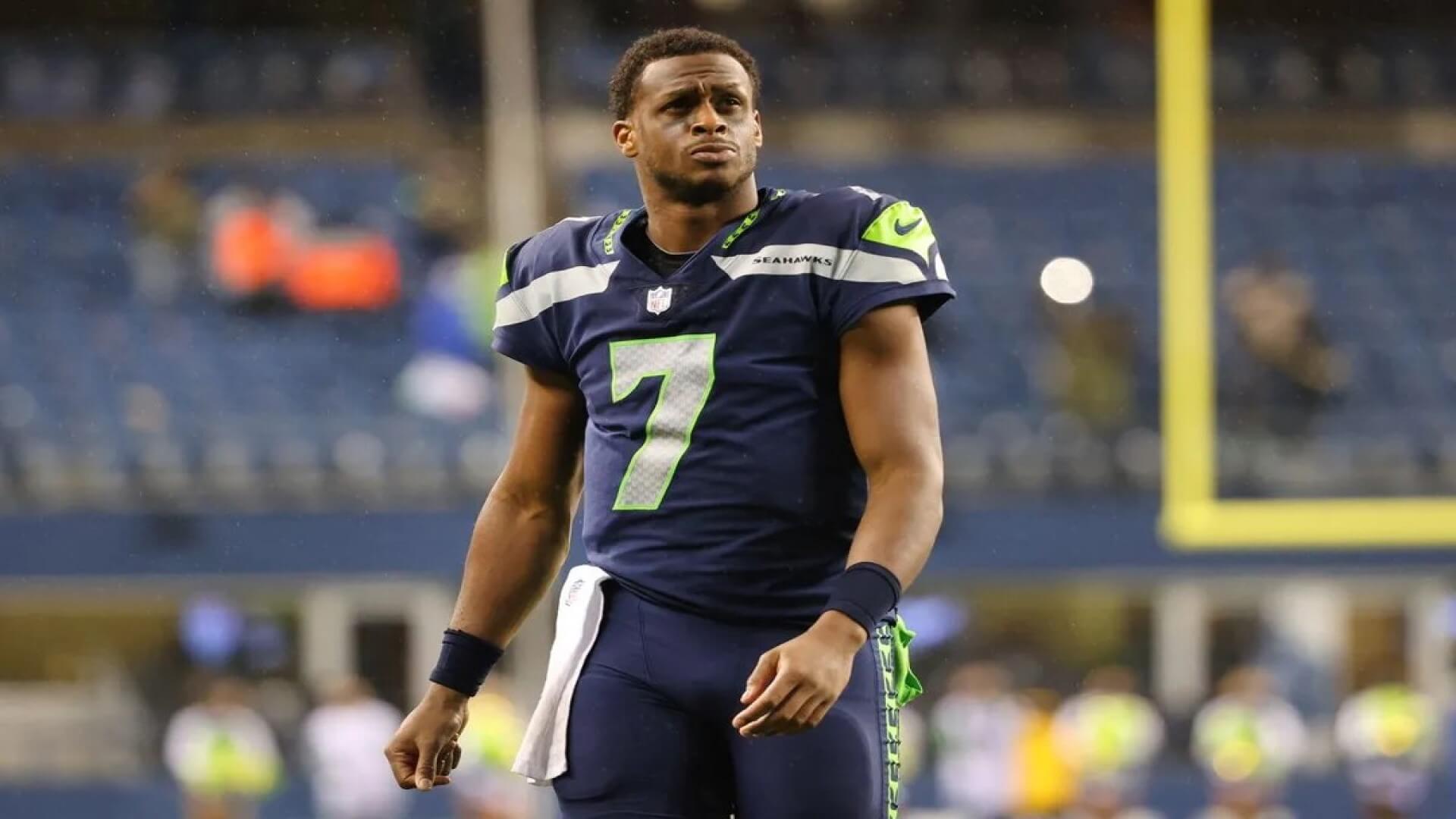 Eugene Cyril “Geno” Smith III is an American football quarterback who plays for the Seattle Seahawks of the NFL. He was born on the 10th of October 1990 to his father, Eugene Smith Jr., and mother, Tracey Seller in Lakemont, Georgia.

The athlete played college football at West Virginia, where he led the Mountaineers to multiple bowl games. Smith was quite talented and broke numerous records during his college career days.

He was selected in the second round of the 2013 NFL Draft by the New York Jets. Despite being quite skilled in collegiate football, Geno Smith had difficulty adjusting to professional football.

Of course, he’s had some inconsistent season as the starting quarterback for the Jets. However, he kept his priorities straight, survived many injuries and manage to keep himself relevant in the NFL.

In 2022, Geno Smith competed with Drew Lock for the starting quarterback spot for the Seahawks. He is still an important QB in his team’s lineup. Now let’s talk about his relationship and family life.

Like Davante Adams, Smith met his beautiful wife in college. They were deeply in love with each other and dated for a very long time.

Geno Smith’s wife, Hayley Eastham, believed in his dream when he was just playing collegiate football. She knew that the only way she could assist him was to get a good job and avoid being a financial burden on her husband.

Hence, Hayley worked on Juvenile Rights Advocacy projects while she was still a student attorney. Guess what?… Smith’s girlfriend turned wife also worked as a Summer Law Clerk, a Business Analyst, a Sales Team Leader, and a Judicial Extern.

After graduation from college, she began working for Caldwell Cassady and Curry PC as Patent Litigation Associate.

Two years after Smith was drafted in the NFL, he and Hayley Eastham tied the knot as husband and wife on the 20th of July 2015. There is no denying the fact that the lovebirds have each been successful in their career expedition.

Smith’s wedding to Hayley Eastham has not yielded to the birth of any child. However, the quarterback has already attained the status of fatherhood via his other relationship.

Apparently, Geno Smith had a fling with a woman named Destani and their relationship resulted in the birth of his son, Seven Santana Smith. Since Smith is already married, he and his baby mama are co-parenting to raise their son.

We suspect that the quarterback’s fling with Destani was an extramarital affair. This is because his son was born when he was already married – a feat that proved he went out of his marriage to see another woman.

Although his actions weren’t appropriate, Smith is proud to be a father. On the 21st of December 2021, he posted a picture with his son and explained in its caption that Seven Santana Smith meant the world to him. 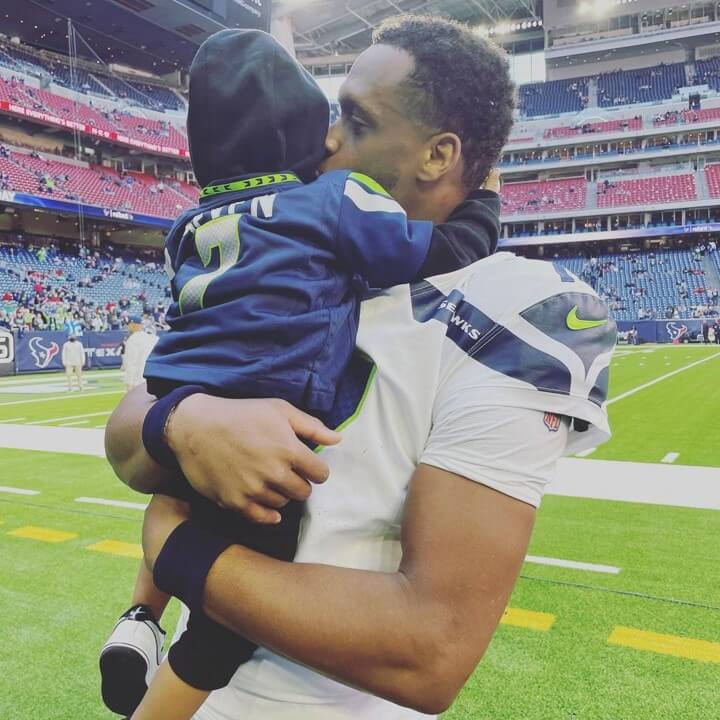 The fact that Smith got Destani pregnant is not entirely his fault. From what we have gathered about his baby mama, we realised that she had made it a routine to sleep around with athletes.

When being interviewed by DJ Akademiks, Destani was proud to unveil truths about her previous relationships. She even listed a good number of Geno Smith’s teammates that she has slept with.

According to Destani, her biggest goal is to get with James Harden. Well, we ain’t certain if she will eventually achieve her aims. Aside from his baby mama, Geno has been linked with many ladies who are believed to be his ex-girlfriends.

First, he was linked with Chelsea Lovelace, a professional model who takes photographs for various events and clubs. Afterwards, he was believed to have dated his supposed ex-girlfriend, Masika Kalysha, a businesswoman, songwriter, actor, and TV personality.

It appears that Smith was born into a household with a track record in sports. Most of his ancestors were renowned athletes. His great-uncle, Danny Smith, was a record-breaking All-American hurdler at Florida State.

On the other hand, his great-grandfather, Cyril Smith, was famous for bodybuilding and boxing. Geno’s cousin, Melvin Bratton, played football in the mid-1980s and was a star running back at Miami.

The quarterback’s dad is Eugene Smith Jr. He played an integral role in raising his son well. Smith Jr. was quite involved in the career development of his child.

From the moment when Geno began making waves in college football, his father made sure he attended all his games. Smith Jr. knew that his presence on the pitch would boost his athletic son’s morale.

Do you know?… Geno Smith Jr. received a death threat after his son was appointed the starting quarterback of the New York Giants in 2017. He didn’t think the threat was quite deadly and laughed over it.

Fast forward to date, Smith’s father is happy that his son has established himself as a driving force for the Seattle Seahawks. As usual, he doesn’t miss his iconic son’s games. Moreso, Smith Jr. mostly storms into the stadium with a good number of his family members to cheer on the quarterback.

For starters, Smith’s mom is Tracey Sellers. She was 17 years old when she gave birth to the vibrant quarterback. Of course, as a young and single mother, things weren’t quite rosy for Tracey after childbirth.

However, she was a strong woman and was determined to survive with her child, no matter the situation. While Tracey struggled to earn a living with her son, she also received support from his dad, Smith Jr.

Aside from her financial struggle, the young and single mom had to deal with the social pressure she received for giving birth as a teenager. Her experience inspired her to work with Smith’s grandmother, Joann Smith, to help young parents in the community via their establishment called “Parenting with a Purpose Life Center.” 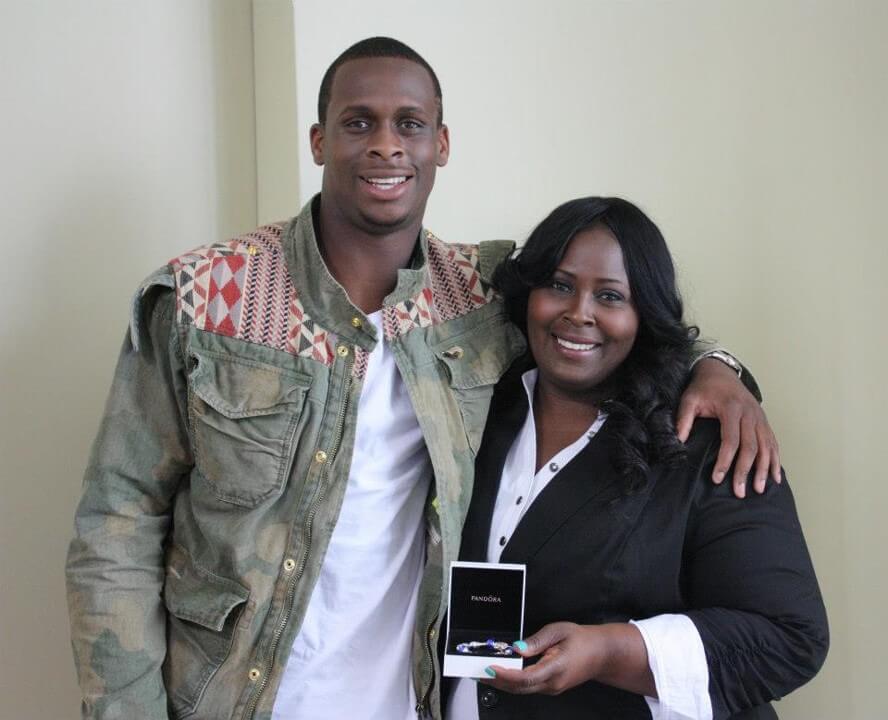 Interestingly, Tracey also delved into real estate and private contracts to make ends meet. Her resilience and hardworking spirit helped her survive the turbulence of being a single mother.

Of course, Tracey Sellers loves the fact that Smith is excelling in football. But she is usually worried about his wellbeing. She always prays for him before and after his games. During an interview, the quarterback’s mom disclosed that she prefers watching his games on TV rather than being present at the stadium.

Whichever the case may be, she and her son already have a perfect mutual understanding between them. Moreso, Tracey is Smith’s financial advisor and his assistant.

The NFL star has a younger brother named Geonte Smith. His brother has also followed in his footsteps by pursuing a career in football. However, he is training to play as a receiver and not in the QB position.

Geonte Smith believes he would be exceptional if he can get to the level that Geno displayed in his earliest days with the Jets. He even enrolled at Geno’s alma mater, Miramar High, to play high school football.

As expected, everyone at Miramar High occasionally addresses him by his brother’s name. Even his team’s coach doesn’t spare him in that regard. Whenever it happens, Geonte will just chuckle, and go with the flow.

Below is what Geonte Smith has to say about being called his brother’s name;

“Sometimes they call me Little Geno, other times it’s just Geno or they may end up calling me by my real name. I’m just going to run with it because Geno played a big role in my aspiration to play football.” 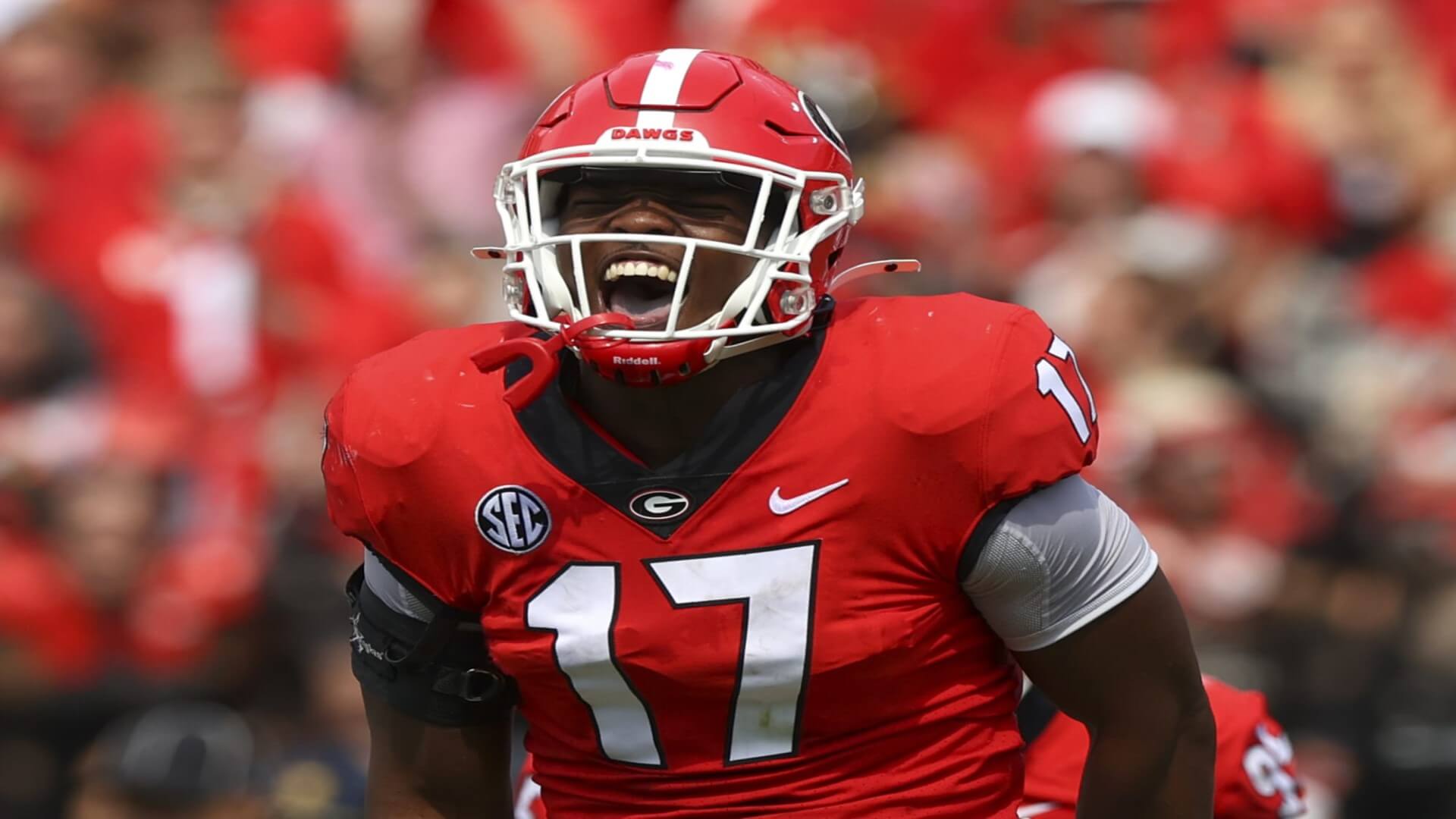 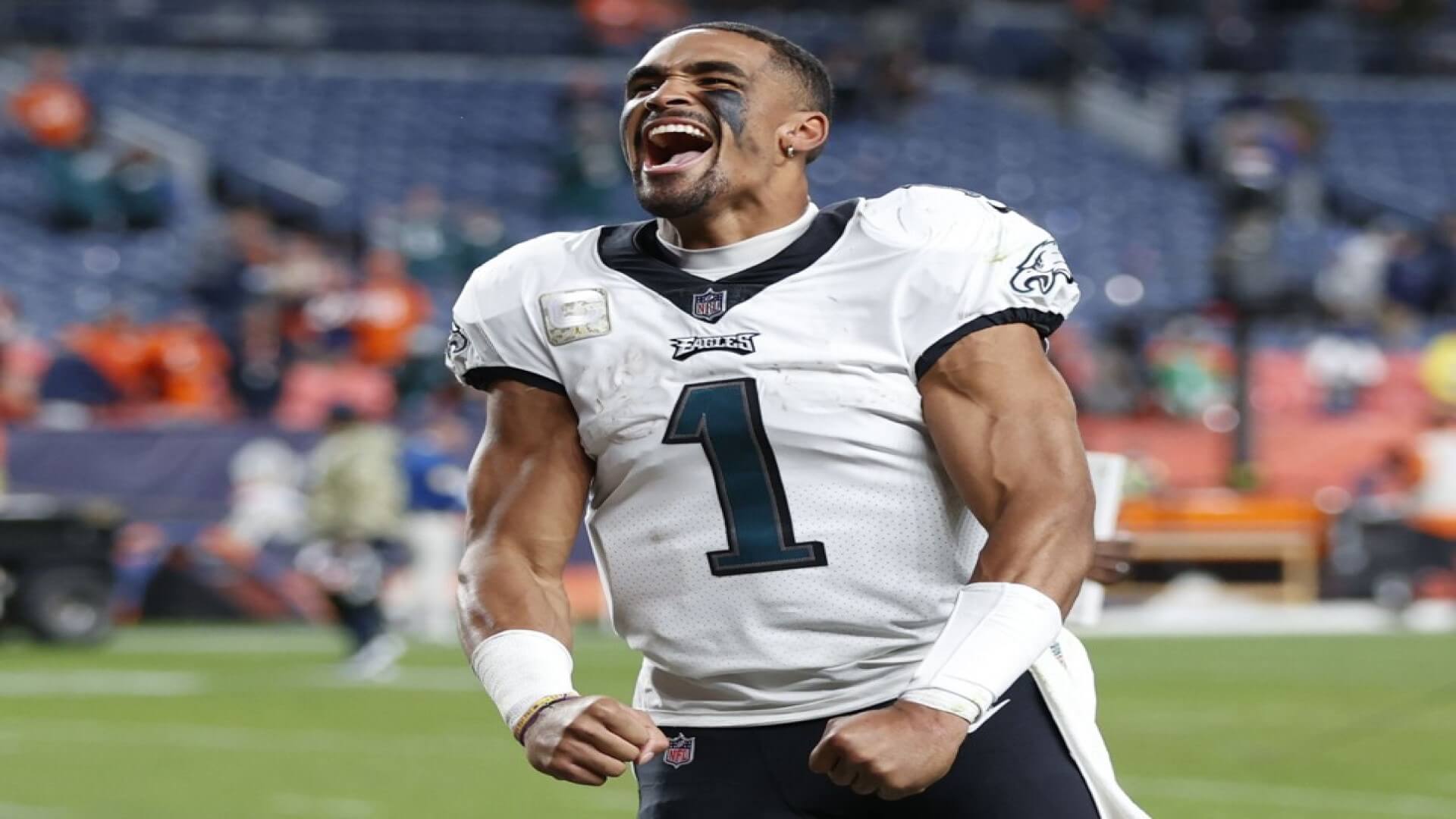 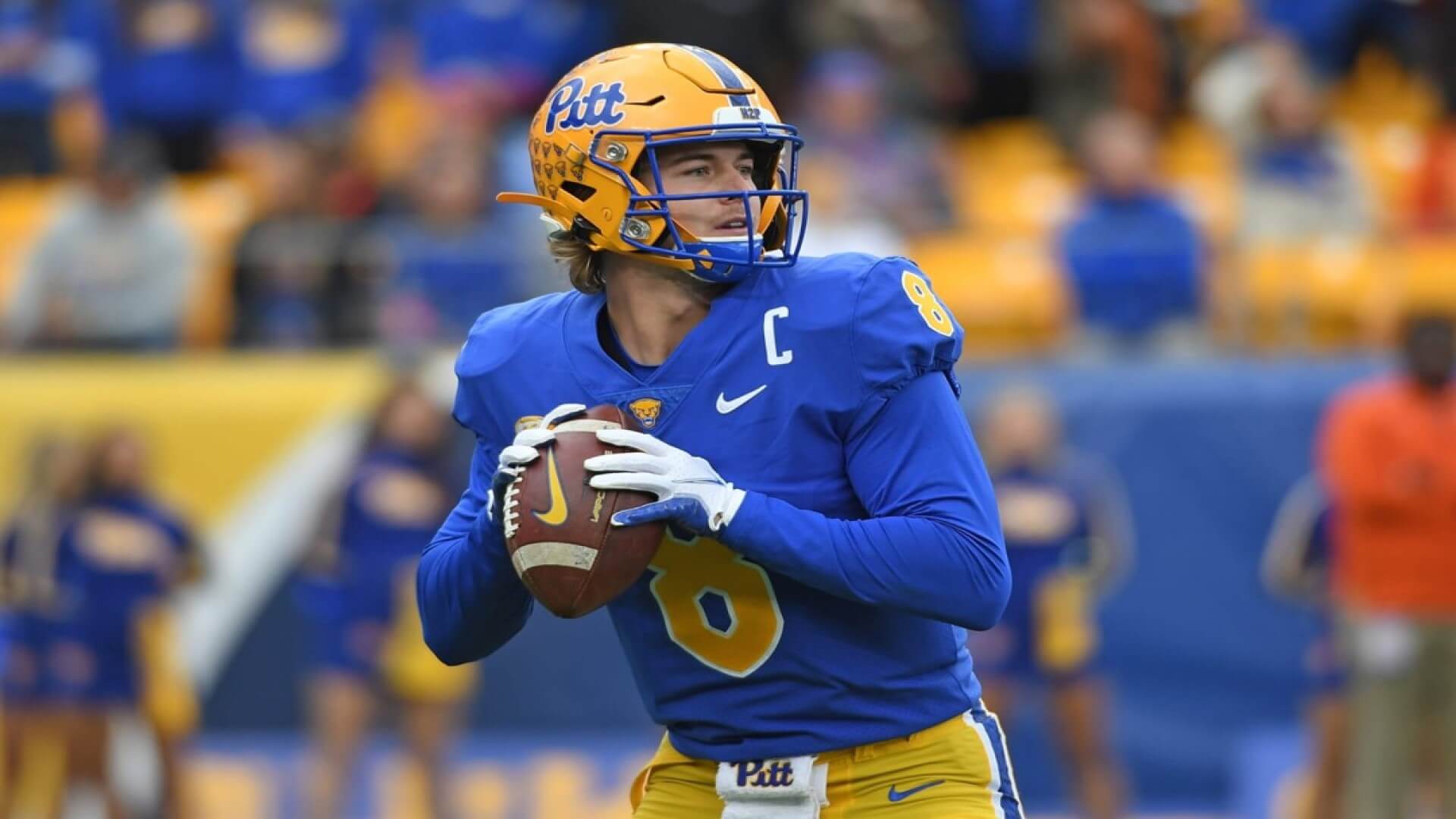