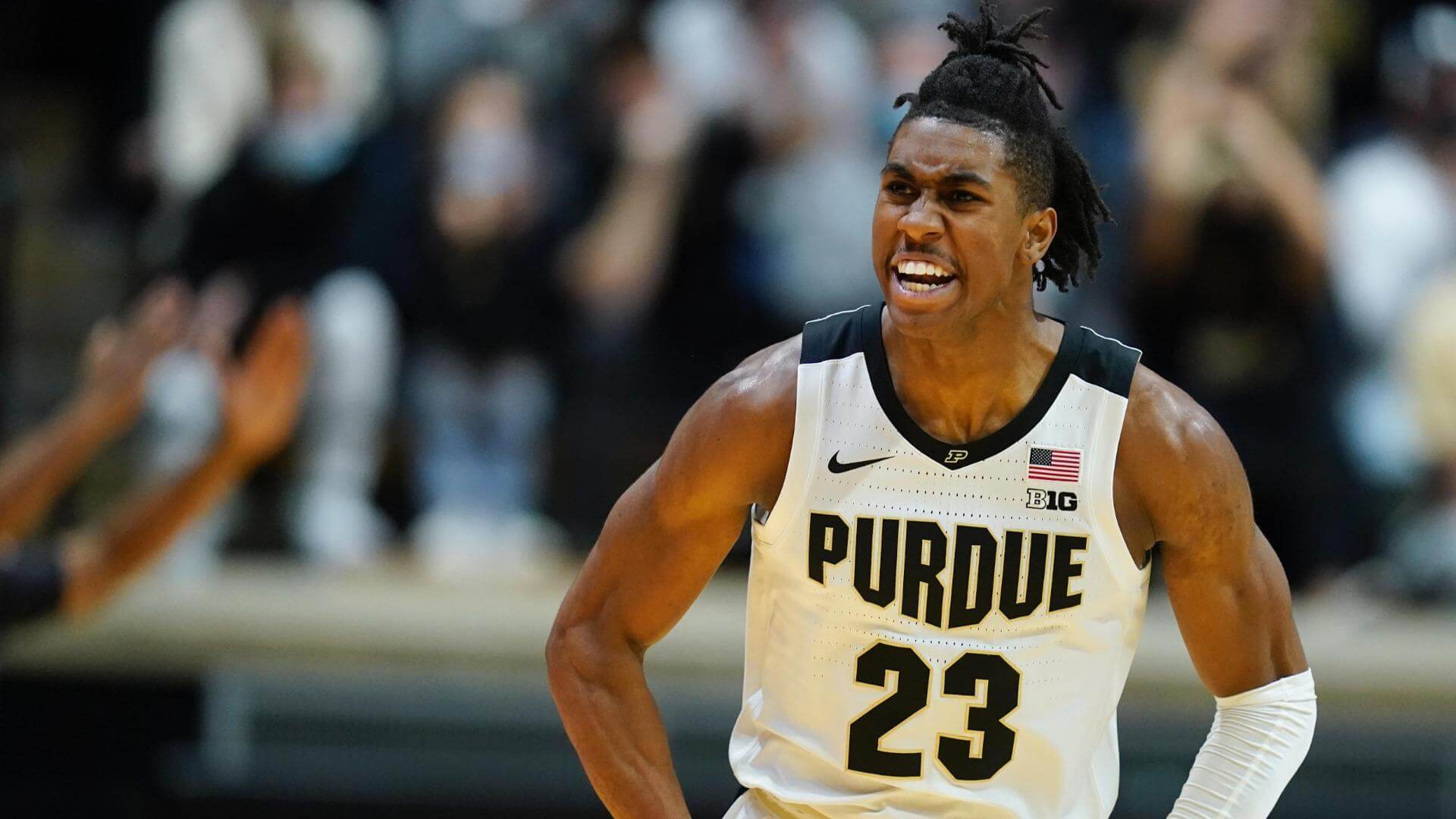 Sportblis presents you with some amazing facts about Jaden Ivey. Our article covers Facts about his Girlfriend, Family, Parents, Siblings, and much more.

He was born on the 13th of February 2002 to his father, Javin Hunter, and mother, Niele Ivey. Jaden was raised by his single, athletic mother.

Due to the nature of her job, they both traveled quite often, especially when his mom had to play an away game. Whenever the journey seems tedious, Niele will leave her boy at home to avoid straining his fragile body.

Of course, Ivey became so attached to his mother that he couldn’t go a day without talking to her. She became his closest friend and gisting partner in his childhood days.

The young lad was just 2 years old when his mom bought him a mobile plastic basketball goal for Christmas. It gave him the privilege to start honing his basketball talent at a tender age. 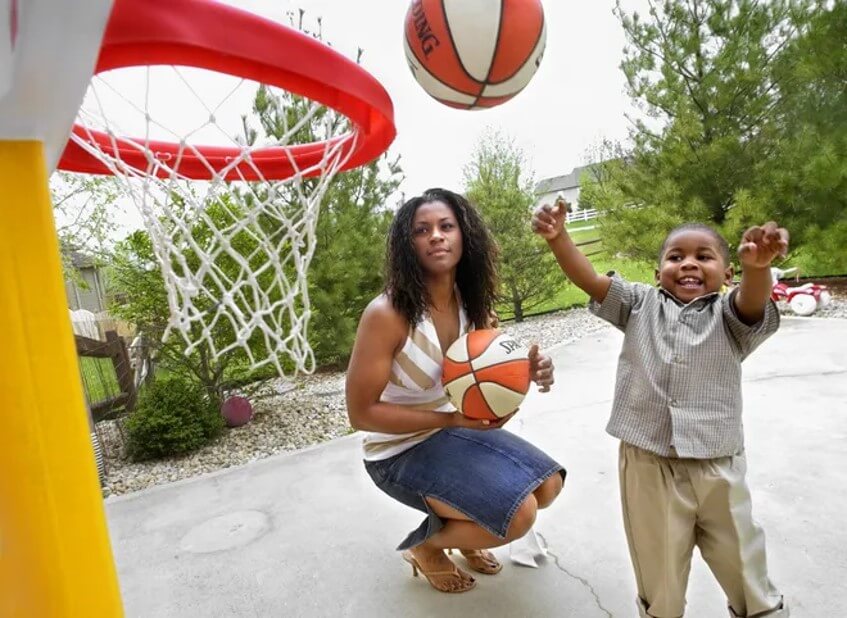 Back then, the young lad showed the qualities of a multifaceted and exceptional athlete. In due time, Ivey realized he needed to focus on a particular sport and ended up picking basketball among the many sports he played.

The shooting guard was raised in an athletic family. Hence, he grew up loving all kinds of sports. Nonetheless, the scenario surrounding his birth and childhood growth was quite a terrible experience, as his mom recalls.

Jaden Ivey’s mother was a talented basketball player right from her high school days. During her college career days at the University of Notre Dame, she met Javin Hunter, who became her closest friend.

After a while, they both became attached to each other and started dating. Interestingly, Niele was selected as the 19th overall pick by the Indiana Fever in the 2001 WNBA Draft.

It was her rookie year, and she didn’t want to give up the opportunity of impressing her coach and fans. Hence, she played a good number of games before her pregnancy became visible.

Being pregnant as a single expectant mother wasn’t quite easy to deal with all alone. Like in the case of Jayson Tatum‘s mom, Niele Ivey had help from both her family and friends.

She soon became a mother in February 2002. Thankfully, there were three other players who also gave birth on her team in the 2002 season.

Hence, Niele didn’t feel like she was a setback to her team. When she was strong enough to get back to the arena, she would put her few-months old son in a carrier while practicing on the court. 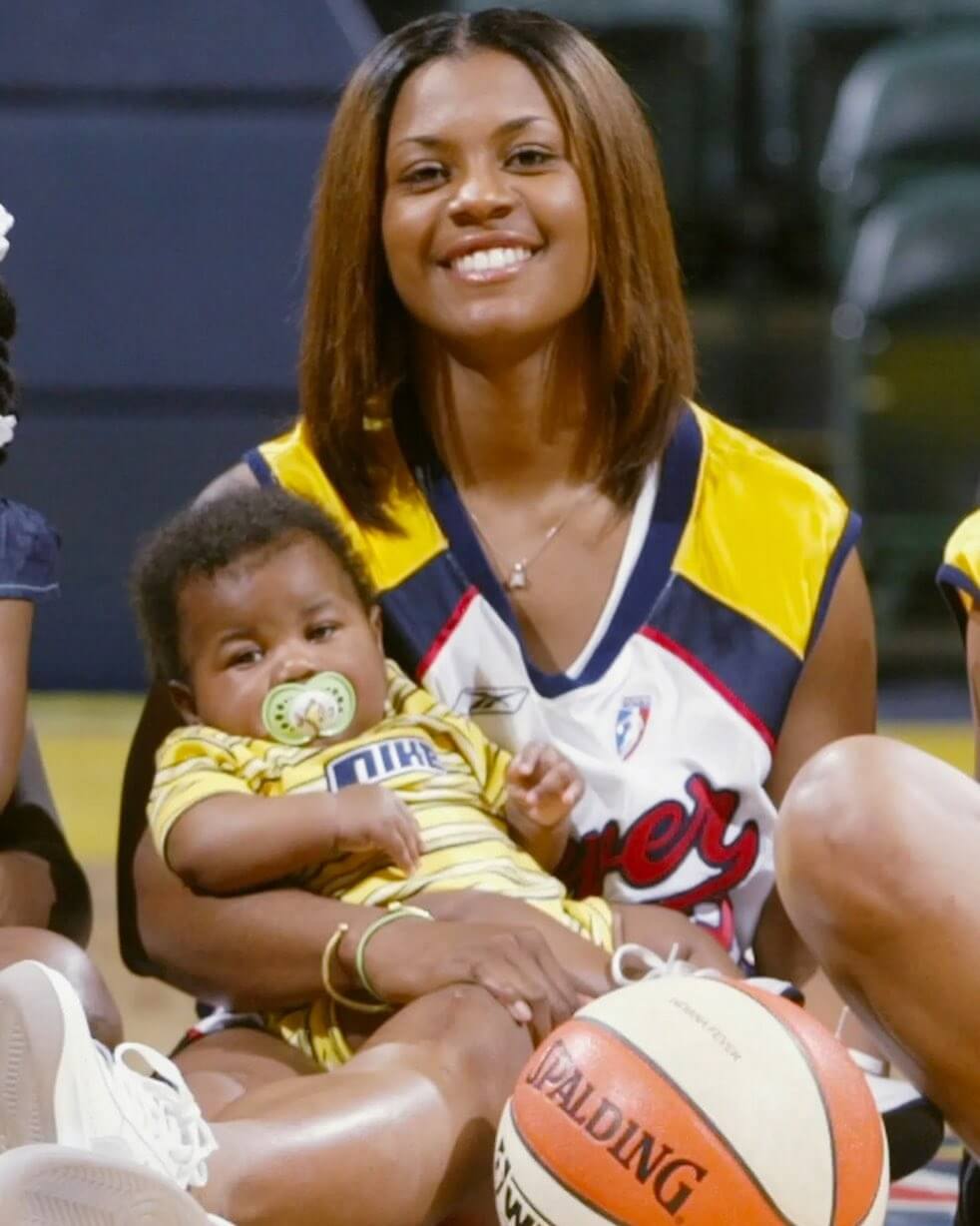 There were days when Jaden traveled with his mom on the team’s plane. Niele neglected all the criticism hauled at her during her pregnancy and worked towards giving her child a great life.

Do you know?… Ivey’s dad, Javin Hunter, hails from Detroit, which is the largest city in the U.S. state of Michigan. Detroit is also the largest U.S. city on the United States–Canada border.

Aside from having an American nationality, Ivey’s paternal Ethnicity is a mix of both American and African heritage.

His complexion is always a vital clue that shows off proof of his mixed ancestry. The athlete’s mom is a native of St. Louis, Missouri.

However, she seems to also have a mixed Ethnicity just like her ex-boyfriend (Hunter). It won’t be surprising if Jaden Ivey’s family root is somehow linked to similar African ancestry as Paolo Banchero and Jabari Smith Jr. since they are all exceptional athletes.

Ivey’s mom was born on the 24th of September 1977 to her parents, Thomas and Theresa Ivey in St. Louis, Missouri.

She was the youngest and the only daughter of five children born to her father and mother. At birth, she was given the full name Niele Deirdre Jamillah Viveca Ivey.

While growing up, Niele delved into playing many sports but became more fascinated with basketball. Thankfully, her older brothers were good at playing basketball.

Hence, they taught how to play the game. Niele was a genius and started throwing from the three-point range when she was in 4th grade.

It wasn’t too long before she established herself as a formidable player who attracted the attention of high school coaches.

Niele played both high school and college basketball before venturing into the professional leagues.

She played in the Women’s National Basketball League for five seasons before retiring in 2005. Her professional career expedition started at Indiana Fever and ended with the Detroit Shock.

After her playing days, Jaden’s mom delved into coaching. She started as an admin. assistant at the Xavier Musketeer women basketball team in 2005.

Two years later, she joined her former college team, Notre Dame, as the assistant coach. Thanks to Niele’s coaching experience, she was able to groom Jaden into honing his skills as a basketball player.

Yes, the shooting guard’s mother was his first trainer. She was devoted to bringing out the best in him and worked more than anyone else to see him fulfill his dream.

Niele joined the Memphis Grizzlies as their assistant coach for a year before returning to Notre Dame in 2020 to work as the women’s team head coach. 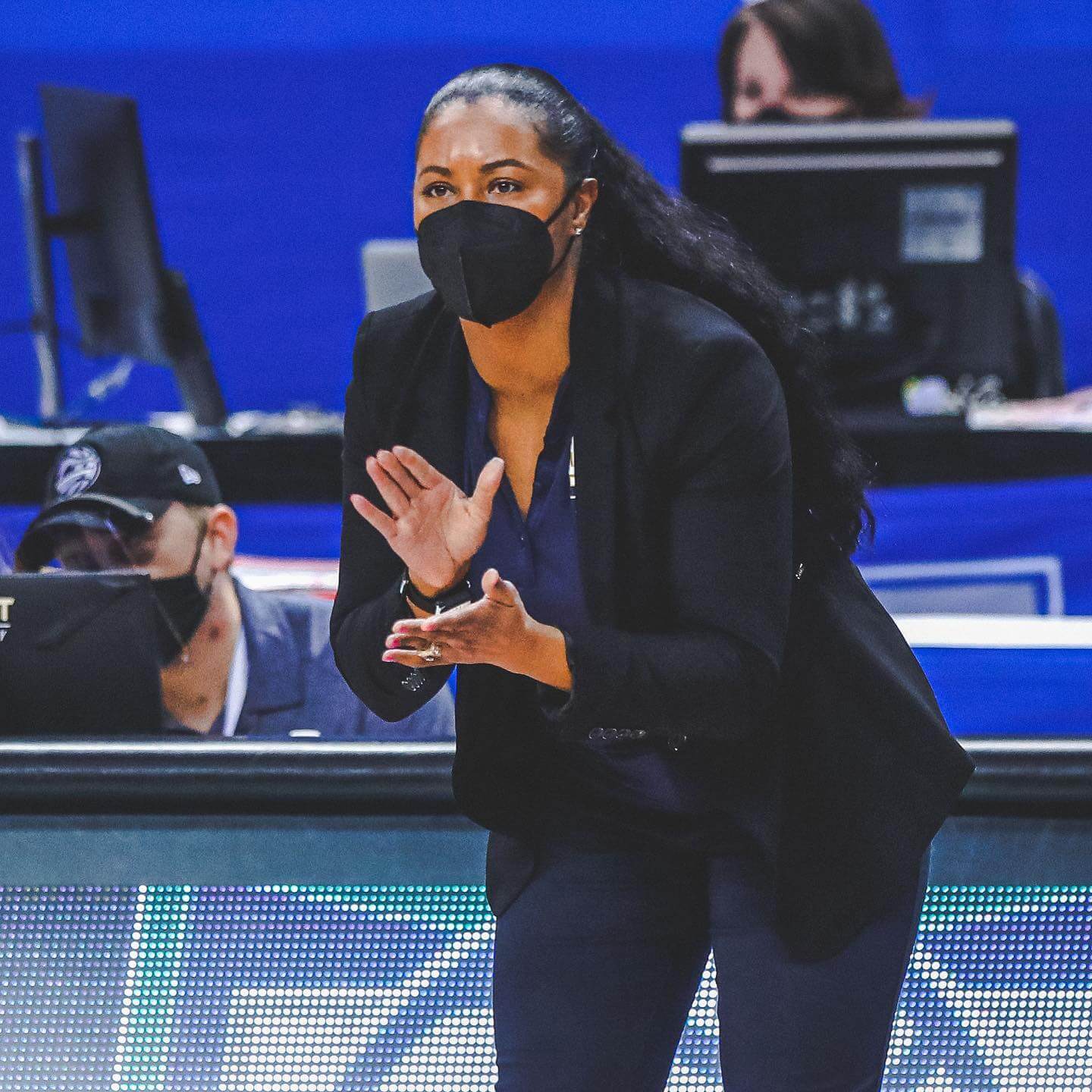 Just like his mom, the shooting guard’s dad is also an athlete. Javin Hunter is a former professional American football wide receiver.

He was born on the 9th of May 1980 to his parents, Mr. & Mrs. James Hunter in Detroit, Michigan. As surprising as it may sound, Ivey’s father is two and a half years younger than his mom.

They both met each other while studying at the University of Notre Dame. During the 2002 NFL Draft, Javin Hunter was selected in the sixth round as the 206 pick by the Baltimore Ravens.

He played professional football from 2002 to 2006 before retiring from the game. Do you know?… Jaden Ivey’s father also played high school basketball. 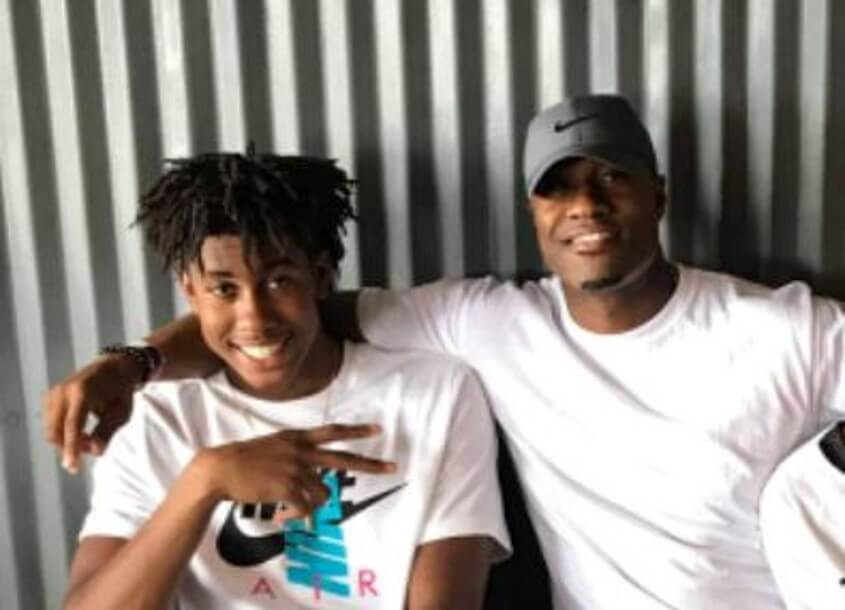 He was phenomenal in basketball during his days at Detroit Country Day School in Beverly Hills, Michigan.

Javin Hunter was a 3-time All-State and USA Today All-American basketball player. Indeed, Jaden has inherited quite a good trait from his dad’s athletic prowess.

Hunter now lives outside of Indiana and keeps in touch with his son. It appears that he had wanted Ivey to pursue a career in football. However, he respected Ivey’s decision to play basketball instead of football.

The players of the Notre Dame basketball team did their best to help Ivey’s mom raise him. They would pick him up from school, babysit him, and also attend his birthday parties.

Jaden sees every one of them as his big sisters, and the players consider him their little brother. Yes, he spent a lot of time with the team and was treated like their family.

Asides from the women from the basketball team, Jaden also has a blood-related brother named Jordan Hunter.

Jordan is the son born to Jaden’s father from his other relationship. At the time of compiling this biography, there has been not much information about Jaden Ivey’s brother.

With his keen interest in sports, Ivey has shown that he is only attracted to ladies who are passionate about sports. Despite the number of female friends that he’s met, none has captivated his attention like Caitlyn Molly Newton. 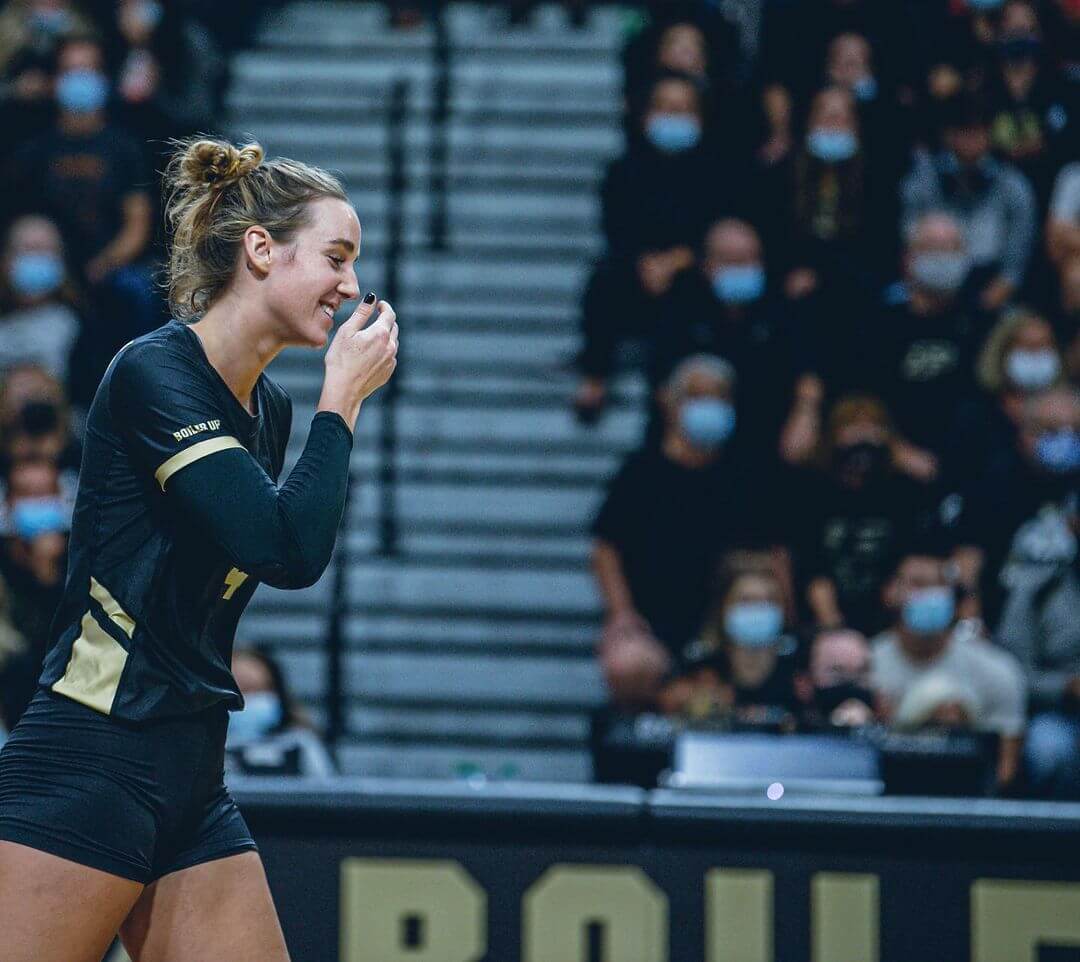 Jaden Ivey’s girlfriend is one of the six children that were born to her father and mother. She has two brothers (Gregory and Adam) and three sisters (Ryann, Ava, and Caroline).

Interestingly, Ivey’s girlfriend made their relationship known after uploading their pictures together on her Instagram page.

Of course, the love birds will continue to support each other’s career endeavors as they stick together. We hope their relationship will last for the rest of their lives, giving them the “happily ever after” experience. 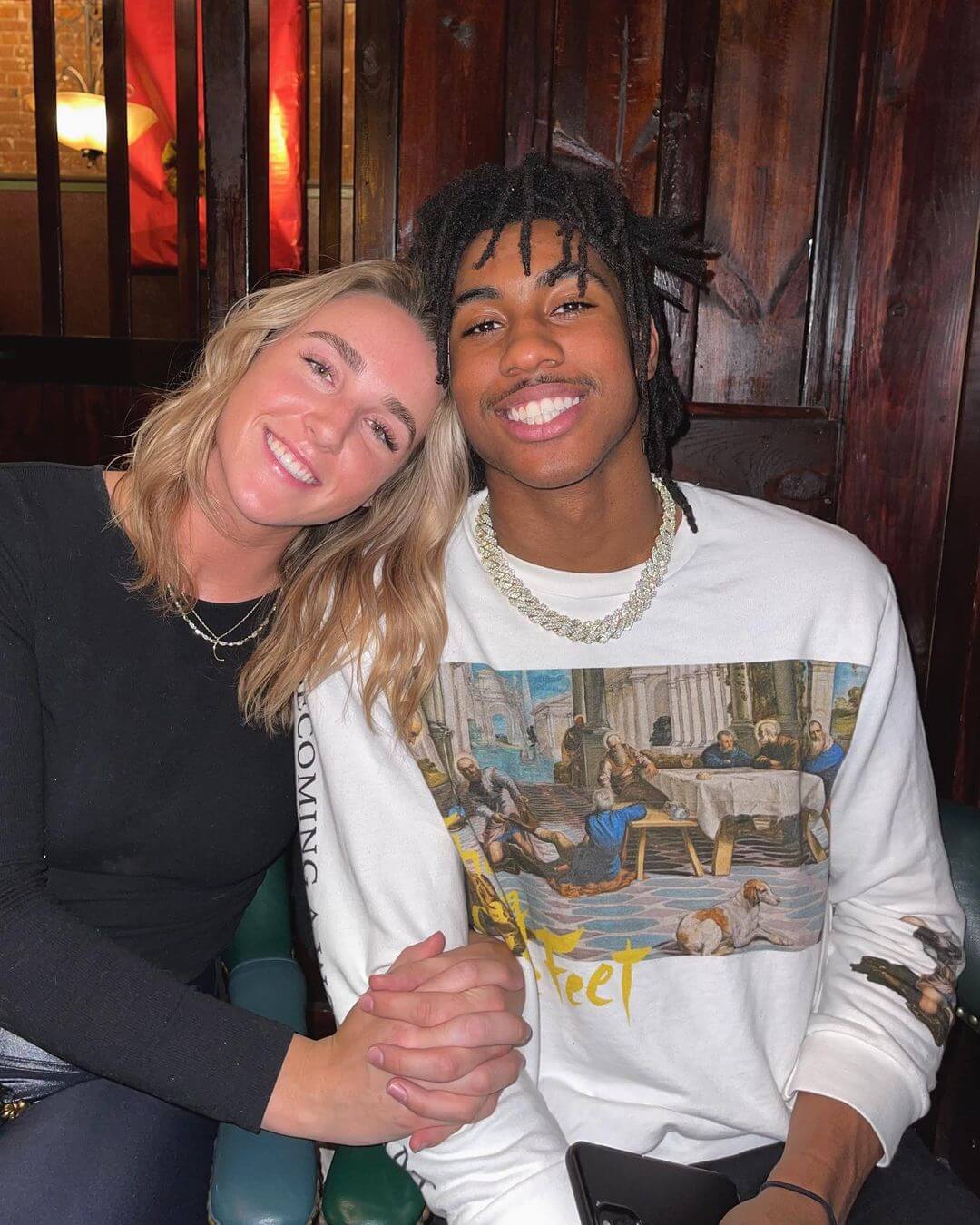 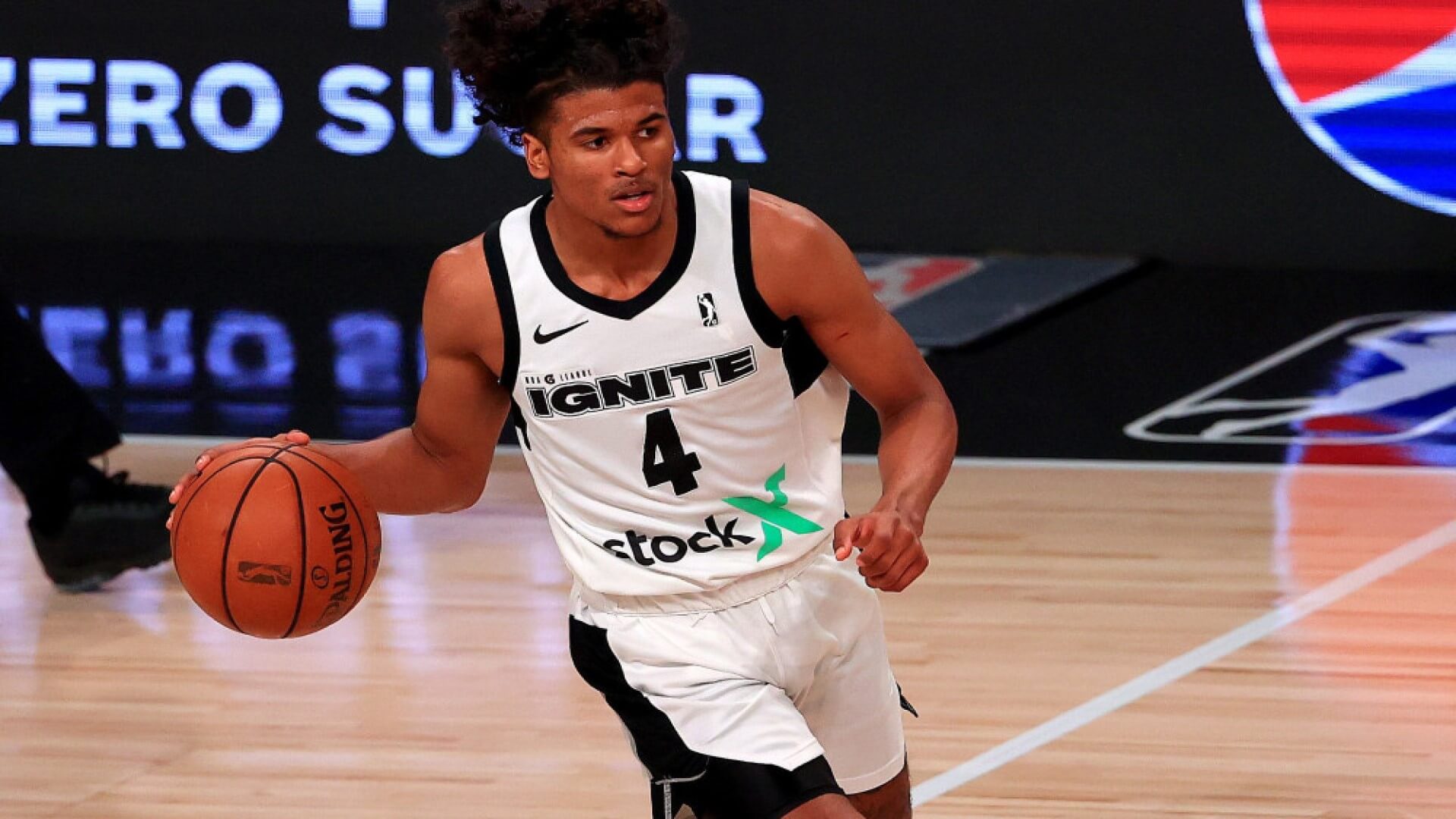 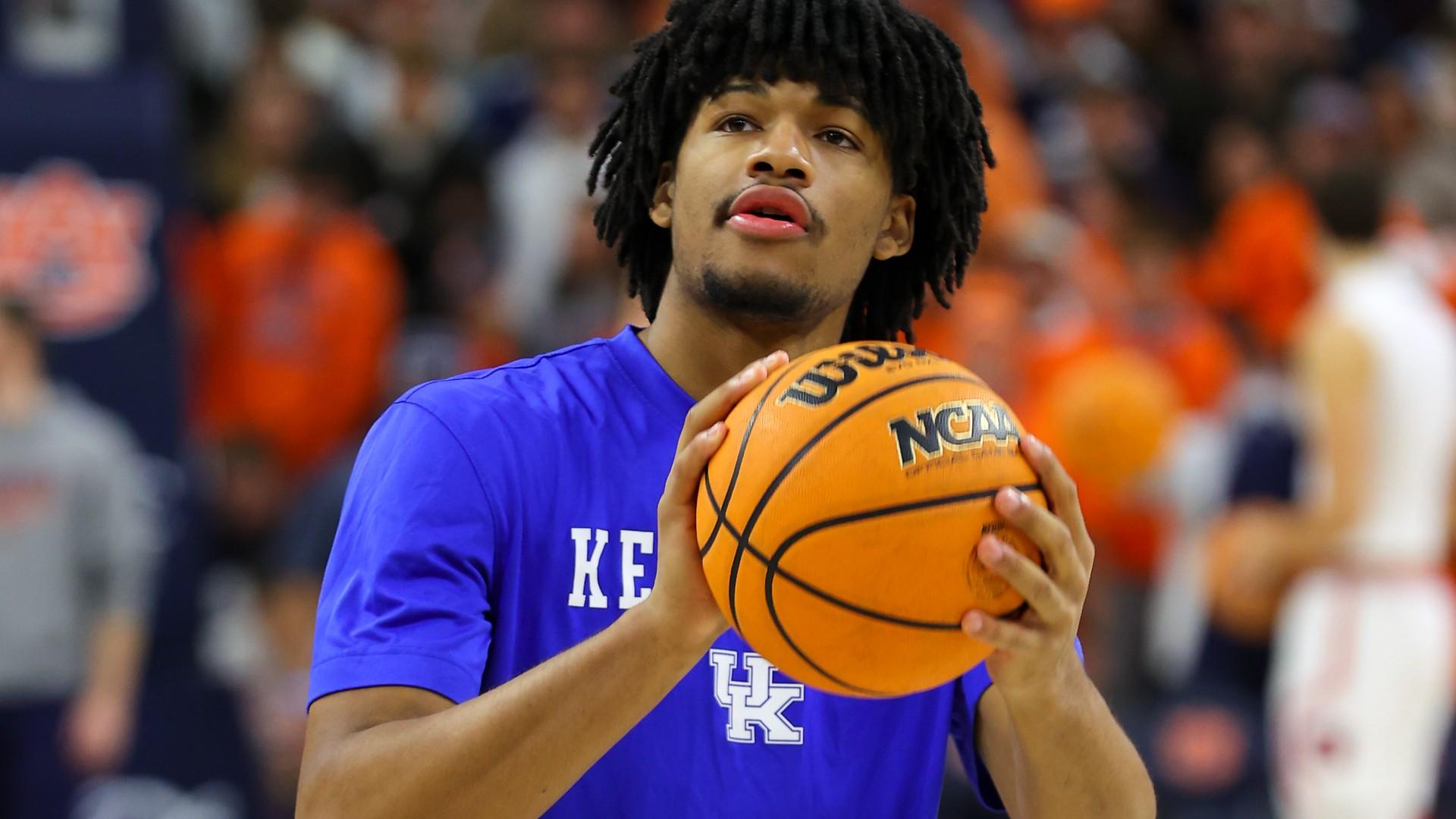