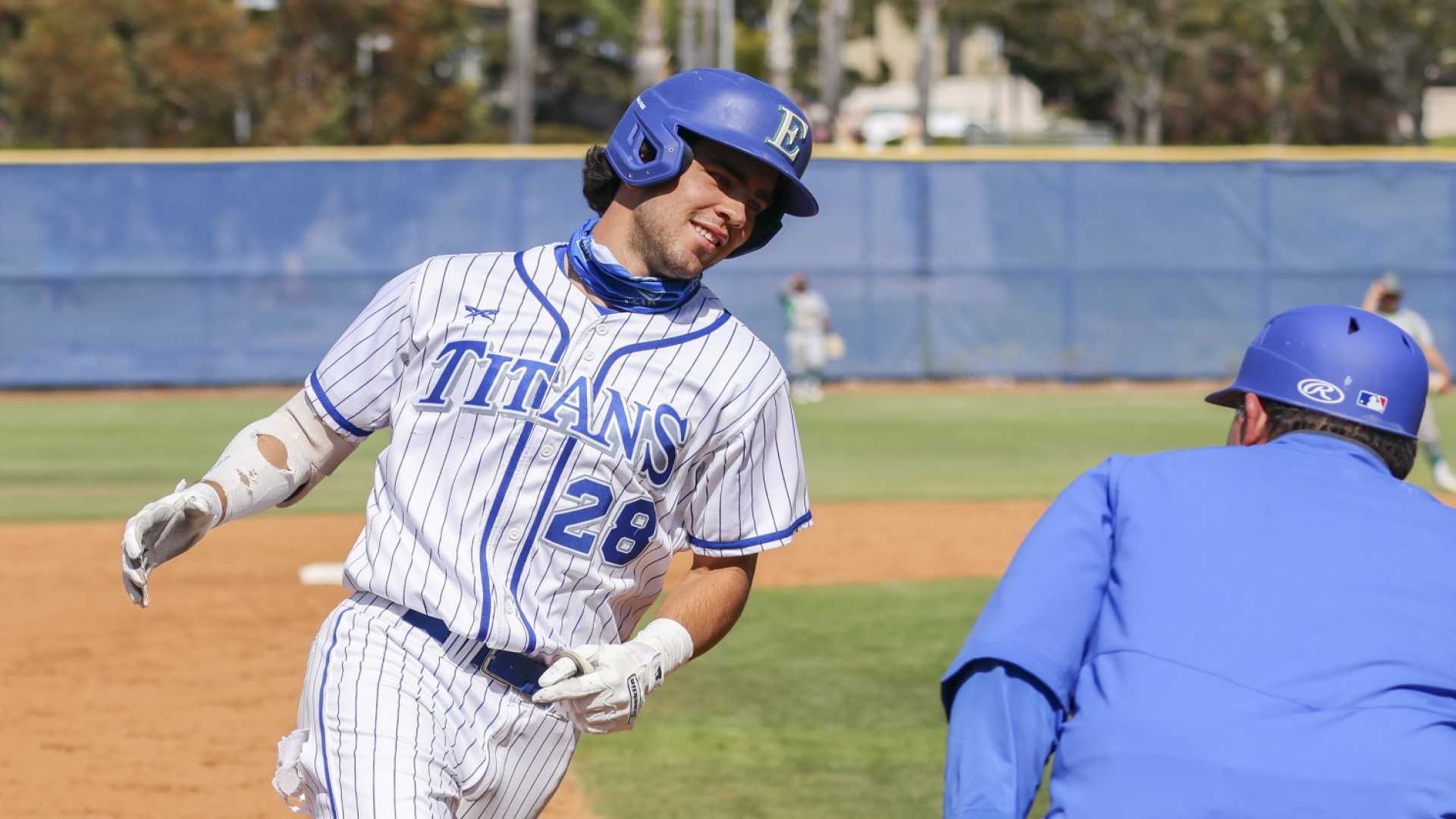 Sportblis presents you with some amazing facts about Marcelo Mayer. Our article covers his Biography, Family, Girlfriend, Net Worth, Awards, and other intriguing facts.

Marcelo Mayer is an American baseball shortstop who plays college baseball at the University of Southern California.

To help you know more about the shortstop, here are 10 Facts about Marcelo Mayer that would enlighten you.

Marcelo Mayer was born on the 12th day of December 2002 to his father, Enrique Mayer, and mother, Myriam Mayer, in Chula Vista, California.

Based on his date of birth, Mayer has got a blend of the Sagittarius zodiac trait. Interestingly, he’s got an older brother who bears the same name (Enrique) as his father.

Where he comes from (Chula Vista) is known to be the leader in renewable and conservative energy. It is characterized by a lot of outstanding public schools and has been named amongst the top safest cities in the country.

Of course, Marcelo Mayer is an American national with White ethnicity. However, we have not yet discovered which ethnic group in California he belongs to. 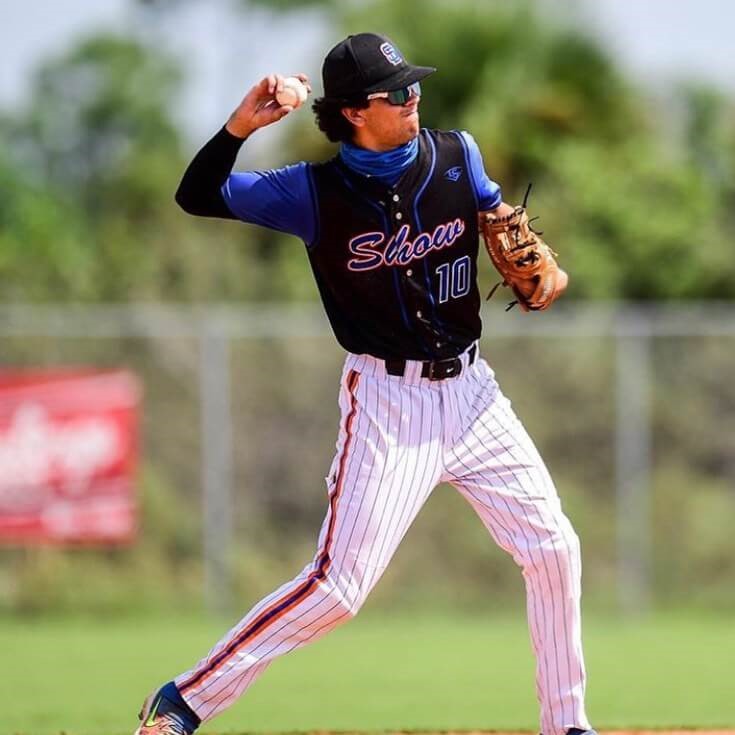 The youngster spent most of his childhood playing lots of golf, soccer, basketball, and baseball. He was a kid with many talents and gave his absolute commitment to sports.

Even after choosing to pursue a career in baseball, Mayer continued to play golf and basketball as his hobbies. He has truly proven beyond all doubts that sports is his passion, while Baseball remains his first love.

Mayer’s parents had him enrolled at Eastlake High School in Chula Vista, California. There, he became Eastlake’s varsity starting shortstop as a freshman in 2018.

YOU MAY LIKE:  Tyler Wade Girlfriend (Pia Mia), Family, Parents, Siblings And Facts 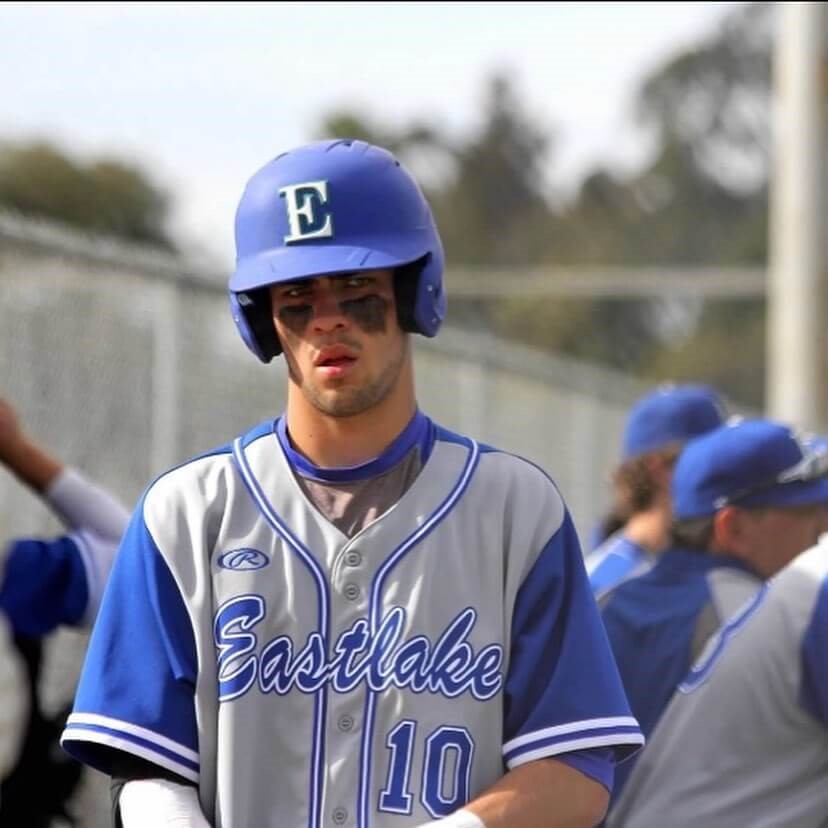 Afterward, he committed to playing college baseball at the University of Southern California. However, the chances of him setting his foot on campus are slim. This is because he is a potential first-round pick in the 2021 MLB draft.

Hence if he secures a contract after the draft, he would only have to concentrate on his career as a professional baseball player. In 2019, Mayer batted .261 alongside pitching to a 2.00 ERA over 5 appearances. The summer of 2020 saw him play in the Perfect Game All-American Classic.

As the budding baseball player continues to advance his talent in the game, many of his fans are already asking if he receives enough remuneration for his output.

Although there has been no appropriate financial valuation of Marcelo Mayer’s Net Worth at the time of compiling these facts, we are certain that he may end up earning millions of dollars if he gets a great deal after the  2021 MLB draft.

Thanks to his sport-minded family, Mayer has developed into an unrivaled talent amongst his peers. Of course, his parents and older brother are part of the team that has helped him stepped up his game both technically and mentally. They are actually the reason Mayer grew up loving sports.

To date, Mayer always credits his father as the person who had the biggest influence on his baseball career. Like Kumar Rocker, Mayer had a routine of training with his dad almost every day.

Of course, Enrique taught his son the little things that make a good ballplayer an even better one. His passion to help Mayer succeed was one of the catalysts that motivated the shortstop into devoting his whole heart to the game.

YOU MAY LIKE:  Gleyber Torres Wife, Family (Parents & Siblings) And Fun Facts

You probably didn’t know that Mayer’s dad prepared him for the uncertainty of life if baseball never worked out. Here is what he often tells his son;

If you happen to not make it in baseball as far as you intend to that doesn’t mean you do not have a life outside of baseball. Hence, you’ve got to work hard, respect your teammates, respect the game and God’s going to tell you how far you would go in this game.

Another precious gem that has graced his humble beginning with so much love is his mother, Myriam Mayer. She has always been Mayer’s number 1 fan. Although he hasn’t mentioned much about his mom, we are certain that she’s already proud of his career achievement thus far.

The prospective MLB player has got an elder brother who bears the name, Enrique like his dad. His brother played high school baseball in Arizona and later moved to Mexico to play in a league for five years.

However, he never made it to the professional leagues after devoting his time and energy to the game. Hence, Enrique hung up his spikes and delved into coaching. Over the years, he has coached a lot of kids at all talent levels.

As much as he pays attention to improving on his talent, Mayer has also given his relationship life the attention it deserves. Yes, he is the ladies man who has decided to stick to one pretty damsel.

His beautiful girlfriend is Valaria Breton. Each moment spent with her gives the athlete an unexplainable blissfulness. Of course, the lovebirds have gone out on many dates since they started dating. See how they can’t get their eyes off each other in the photo below. 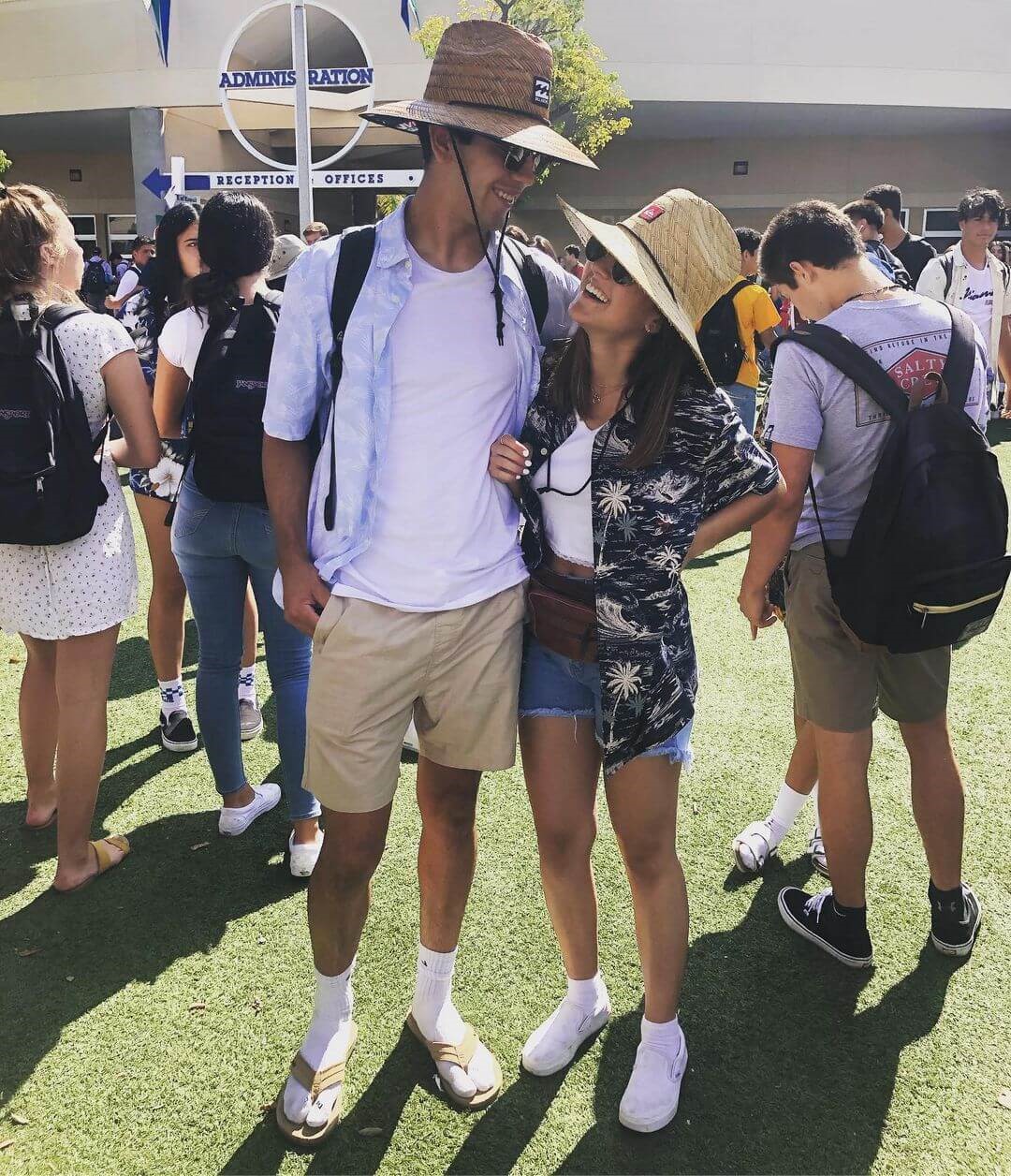 We’ve seen a lot of talented players pen down some of their experiences on their skin. This has become the norm amongst athletes who take pleasure in displaying their glamorous body arts whenever they get the chance to do so.

As I compile these facts about Marcelo Mayer, he has inked no tattoo on his body. Perhaps, he’s got no interest in body art or his parents may have been strict with their principles when it comes to tattoos.

Mayer is still a young kid who lives with his parents. We know that his life is set to take a turn after the MLB draft. However, he has lived a reserved lifestyle since he became a prospective first-round pick in the 2021 MLB drafts alongside Jack Leiter.

Although his wiki page does not show anything concerning the accolades he has received right from his high school days, we know for sure that his career highlights will be massive. Of course, his raw talent is proof that he would definitely win a lot of awards in the future to come. 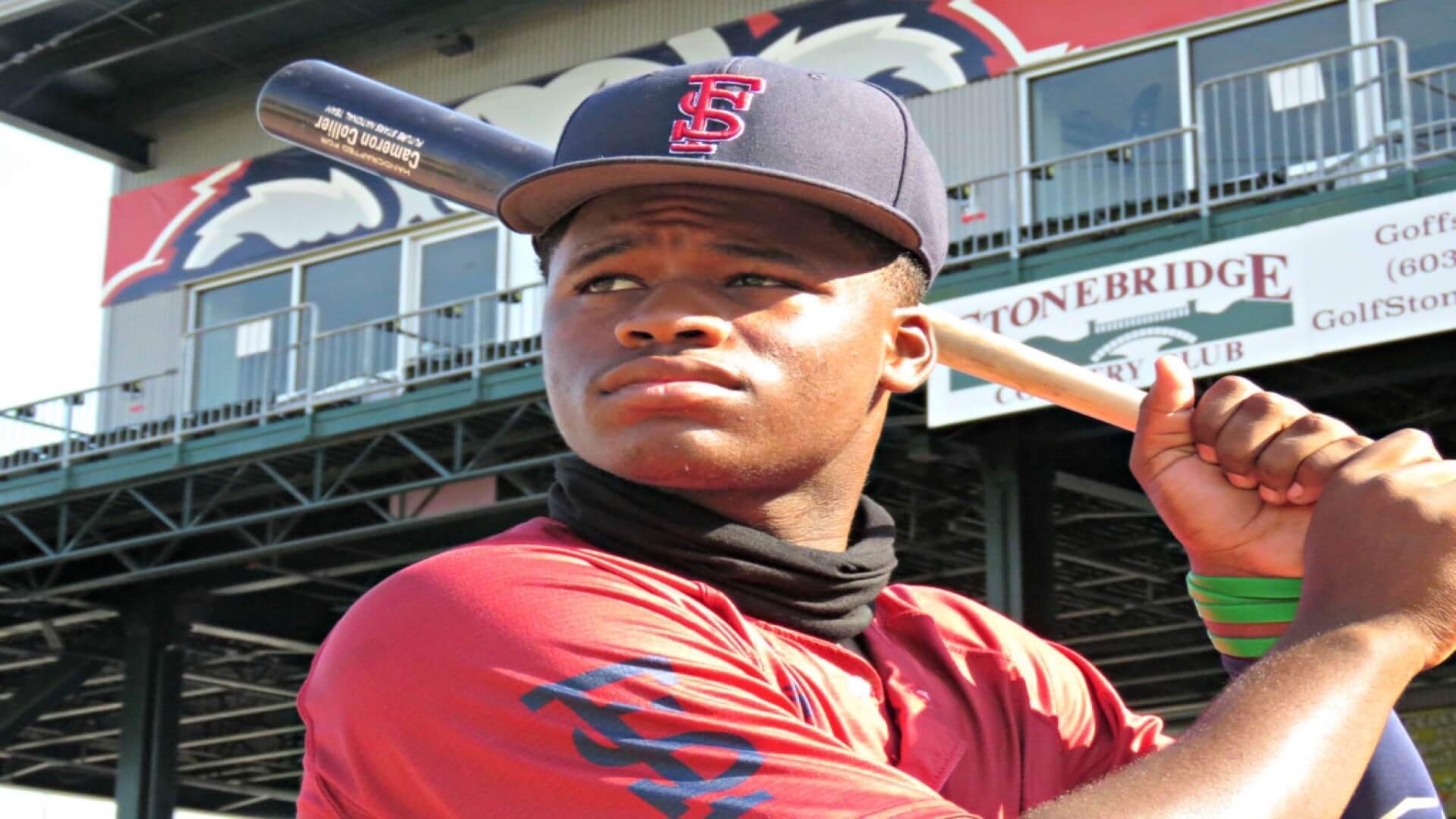