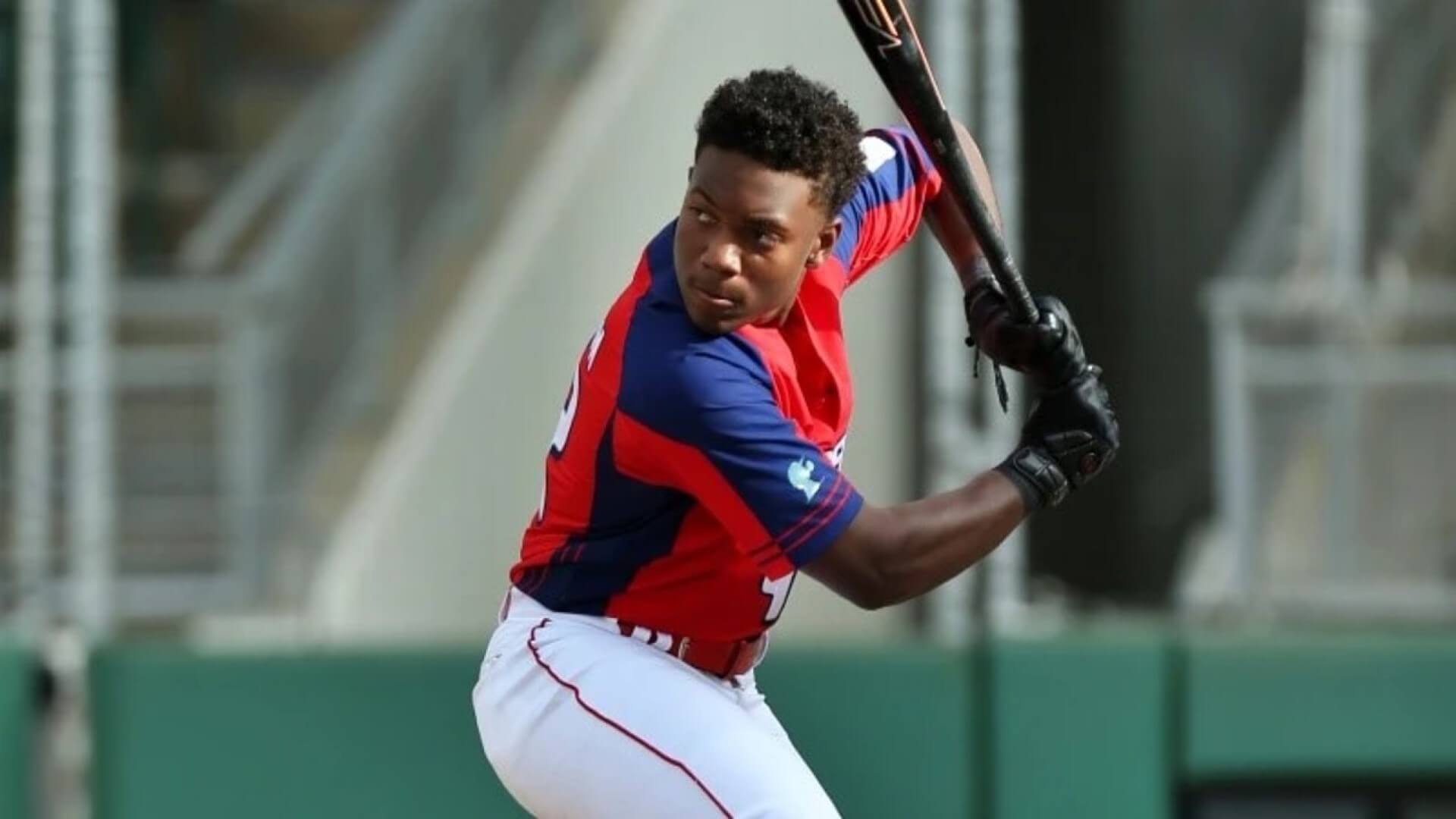 Sportblis presents you with some amazing facts about Termarr Johnson. Our article covers Facts about his Girlfriend, Family, Parents, Brothers, and much more.

Termarr Johnson is an American baseball second baseman. He was born on the 11th of June 2004, to his father, Terry Johnson, and mother, Kim Johnson, in Atlanta, Georgia.

The young athlete started playing baseball when he was a kid. Things became even more interesting as he got the opportunity to train with his older brothers.

When he came of age, his parents endured he went to school to improve his academic prowess. Johnson attended Benjamin Elijah Mays High School in Atlanta, Georgia.

Do you know?… Johnson played basketball and football through sixth grade but began concentrating on baseball full time when he turned 13. He was an exceptional kid and got to play for the 2019 USA Baseball U-15 National Team.

In the ensuing years of his baseball expedition, Johnson played in the 2021 High School All-American Game as well as the All-Star High School Home Run Derby at Coors Field.

With his constant improvement, there was no limit to what the youngster could achieve in the future. He entered his senior season as a top-five prospect in the 2022 MLB Draft, ranked alongside Druw Jones, Cam Collier, etc.

Johnson’s family has been the pillar of his career choice since he was a little boy. Truth is, every member of his household has a track record with sports.

Read on as we reveal interesting facts about the athlete’s family starting with his mother.

Johnson’s mom, Kim, stood by him when he was going through the hurdles of self-growth. She supported his career development and became the rock he could rely on at the early stage of his career expedition.

Kim Johnson also established herself as her son’s most trusted ally. He talks to her about his worries and even shares his deepest secrets with her. 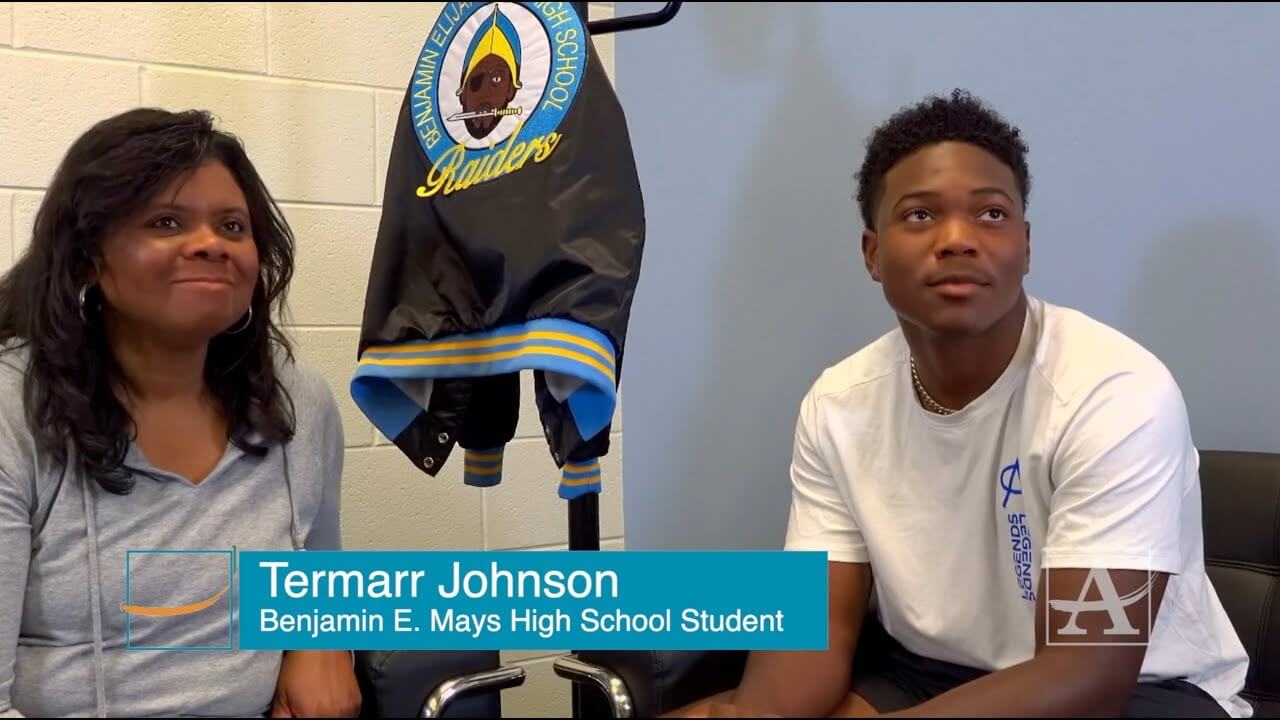 Do you know?… Termarr Johnson’s mother is a former track and field athlete at Georgia Tech. Her experience in sports helped her decipher the right way to raise her children to become excellent athletes.

As a mother, Kim Johnson made sure Termarr and his brothers grew up in a suitable environment where they could develop their athletic prowess and still enjoy the sport.

Watching her sons pick interest in baseball engineered her own love for the game. Kim usually visits the ballpark to cheer on her boys when they set out to entertain baseball fans on the pitch.

Despite being Termarr’s most devoted fan, she also applauds the courage of other players who selflessly give all their might to guarantee the victory and happiness of their respective teams.

For starters, his dad’s name is Terry Johnson. Back in the day, Terry developed a keen interest in baseball. He was the kind of person that goes for everything he sets his mind upon.

Hence, Johnson’s father set out to explore the game that captured his heart. While in high school, Terry played baseball. Nonetheless, he wasn’t as fortunate as his sons and failed to excel beyond high school baseball.

YOU MAY LIKE:  Gleyber Torres Wife, Family (Parents & Siblings) And Fun Facts

He also participated in playing high school football at his youthful age. Fast forward to the time of compiling this biography, Terry Johnson’s experience from his schooling days has been put to good use.

Apparently, the athlete’s dad developed an analytic skill that he uses to give technical advice to his son. Since he knew about the rigours of baseball, he ensured to introduce Termarr to the game at the tender age of 3.

Johnson has three older brothers whose lead he has followed. His oldest brother, Tervont Johnson, is currently on the baseball roster at Georgia Tech.

He was the MVP at the 2016 PG Upperclass West MLK Championship while playing with the Aggies Baseball program. The next in line is Terrenz Johnson, who is quite exceptional in sports and academics. He is a dean’s student at Georgia State.

Then, there is Tervell Johnson, who is just one year older than Termarr. He is a 2020 Mays HS grad and played as an outfielder at Georgia Tech. He also had an impressive PG career, which included participation at the 2019 PG National Showcase.

The talented athlete has found a way to strike a balance between his career life and relationship life. He’s got a pretty damsel whom he loves beyond all measures.

Termarr Johnson’s girlfriend is Connor Carroll. She is an amazing lady who has supported the young lad since they started dating. Carroll usually accompanies her boyfriend to the ballpark.

YOU MAY LIKE:  Tyler Wade Girlfriend (Pia Mia), Family, Parents, Siblings And Facts

You may even find her shouting at the top of her voice to cheer on the love of her life when he steps into the pitch. Indeed, the make a perfect couple together.

From what we have observed, we realise that Johnson’s girlfriend loves to spend her time on the beach. She is also jovial and always gives out positive vibes with her great sense of humour.

We’ve got an excellent photo of the love birds. Check it out yourself and see a glimpse of how they spend their time together. You can also see more beautiful images of Termarr Johnson and Connor Carroll on his Instagram pages. 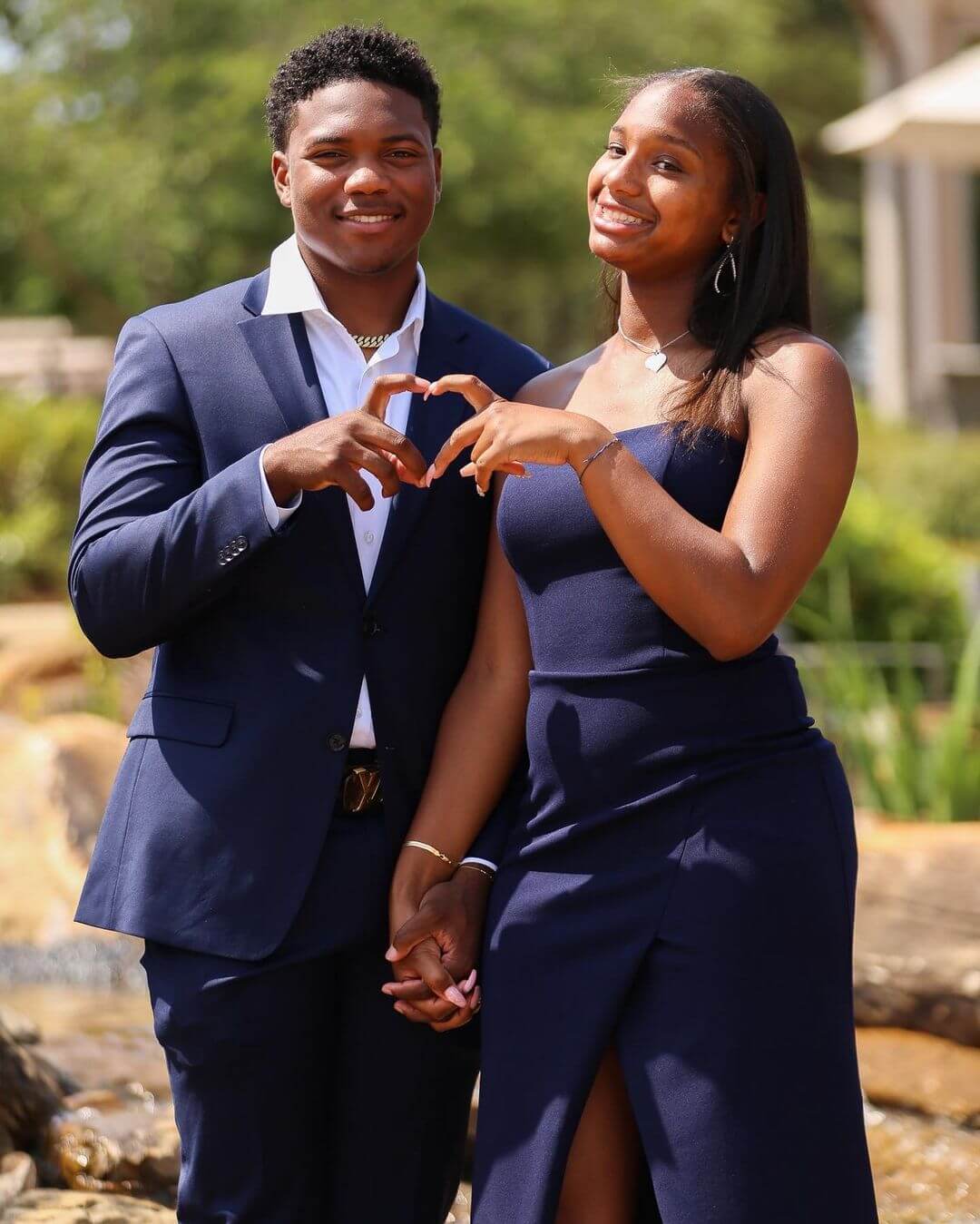