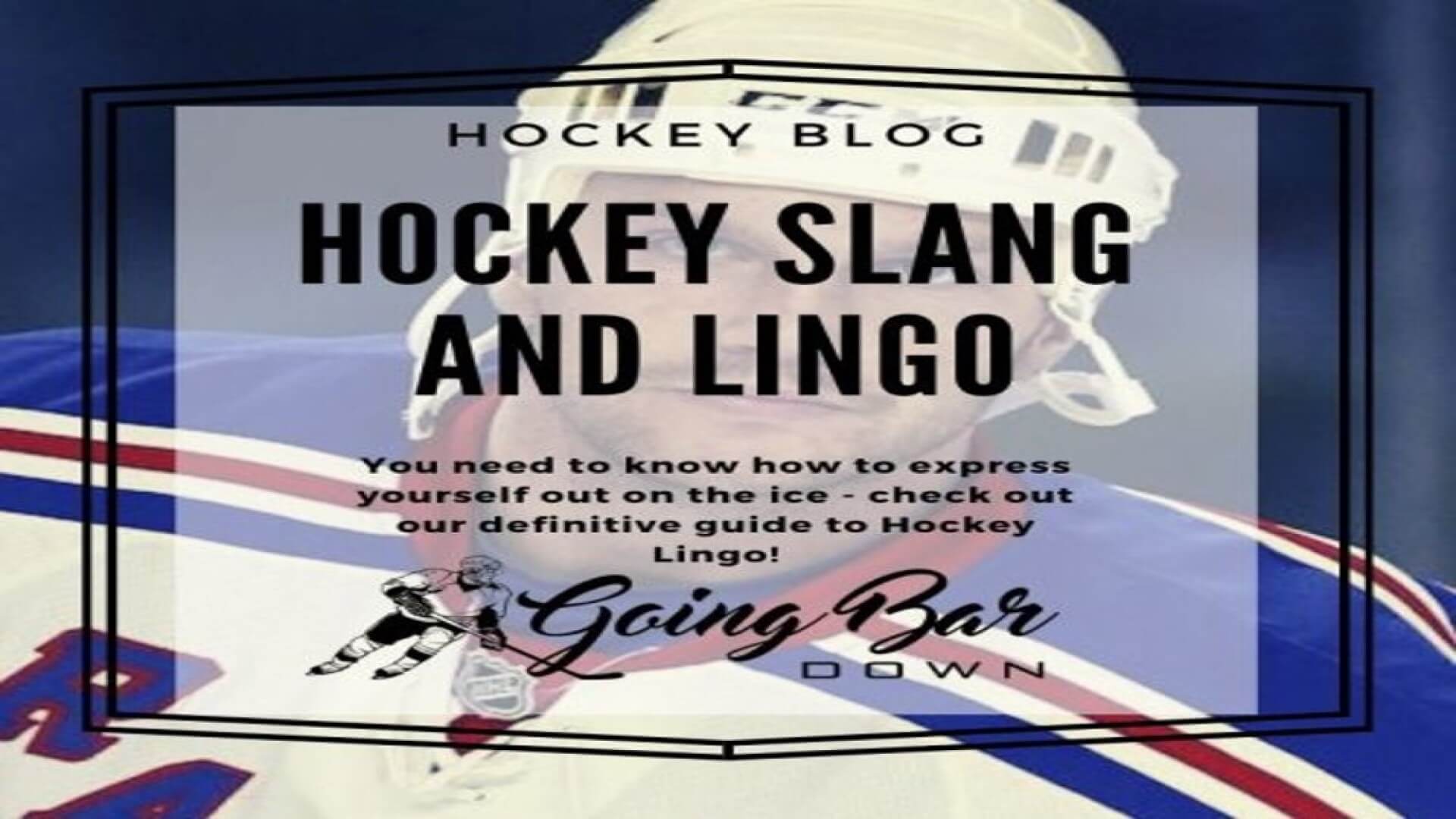 One interesting thing about hockey is all the slang words used in the game. It keeps on getting added to each year, but below is a list of the top 100 slang words.

2. Bar Down: A shot that hits the crossbar and then goes into the net for a goal

4. Barnburner: A game that is high scoring and has a number of lead changes

5. Bender: When a player is skating and their ankles are bending

9. Bottle Rocket: When a goal hits the goalie’s water bottle in the net

11. Brick Wall: A goalie who is making amazing saves and cannot be scored against

12. Broadway Blueshirts: A nickname for the New York Rangers

14. Buds: A nickname for the Toronto Maple Leafs

15. Buzzer Beater: A goal that is scored just before the end of the period

17. Caps: A nickname for the Washington Capitals

20. Cheap-shot Artist: A player who makes a lot of dirty plays, often causing injury to other players.

22. Cherry Picking: Usually a negative connotation of a player who stays up in the offensive zone to get a pass for an offensive opportunity instead of helping his teammates on defence

23. Chiclets: Teeth (which hockey players lose a lot of!)

24. Chirping: Talking trash to your opponents

25. Clapper: Another name for the slapshot

26. Coast to Coast: Skating with the puck from one end of the rink to the other end

28. Denied: A statement made when a goalie makes a big save against a player

29. Desert Dogs: A nickname for the Arizona Coyotes

31. Duster: A player who sits on the bench without much playing time

32. Enforcer: The player charged on the team with being the main fighter

34. Fake: A player with the puck who deceives opponent’s player or goalie to think he is going one way and then goes the other

35. Fan (Fannned): A player who goes to shoot the puck and misses it

37. Firewagon Hockey: A game that has a lot of offence, offensive chances and little defensive play

YOU MAY LIKE:  What Are The Face-Off Rules in Hockey?

38. Five Hole: The hole that opens up between a goalie’s pad when he is going to the ground.

39. Flamingo: When a player who goes to block a shot lifts only one of his legs, making himself look like a flamingo

40. Flash the Leather: A goalie who makes a great stop with his glove hand.

41. Flow: Another name for great hockey hair that ‘flows’ out of the back of the helmet

42. Garbage Goal: A goal that is not ‘pretty’ and often is scored within a couple of feet of the goal through a rebound or a deflection off a player

44. Give-and-Go: When a player passes the puck to a teammate and then gets a pass back to beat an opponent

45. Goon: A player whose main role on the team is to be the fighter

46. Goose Egg: When a goalie gets a shutout and allows zero goals against

47. Gordie Howe Hat Trick: A game where a player gets a goal, assist and fight

49. Great One: The nickname of Wayne Gretzky

50. Greasy: A type of goal that is not pretty

51. Grinders: A forward whose role is more about hitting and checking than it is goal scoring

52. Handcuffed: A player who has many opportunities to score but just cannot seem too put the puck in the net

53. Hanging from the Rafters: A player’s jersey number that has been retired and now hangs up in the rafters of the home arena

54. Hanson Brothers: The brothers who play for the Charleston Chiefs in the hockey movie Slapshot

55. Holy Grail: A nickname of the Stanley Cup

56. Hot Dog: A player who is trying to show up his opponent

58. Insurance Goal: Adding a goal to increase your lead so that you have more room for error

59. Jarring Hit: A hit that leaves another player shaken up

60. Johnny-on-the-spot: A player who is in the right spot at the right time to score a goal

61. Journeyman: A player that has played for numerous teams over a long time

62. Knuckle Puck: A puck, when shot, that does not fly in a straight trajectory but is flipping over and curling in the air

63. Lamplighter: Someone who scores a lot of goals — they are scoring and making the goal light come on

64. Laser Beam: A hard shot that goes directly where it was aimed

65. Laying on the Lumber: A player that slashes another player with his stick. This comes from the history of hockey because hockey sticks used to be made of wood

YOU MAY LIKE:  What is a Penalty Shot in Hockey and When are they Used?

66. Light the Lamp: A term used to encourage someone to score. Essentially, let’s get a goal and make the goal light turn on

67. Lumber: Another name for a stick with its nod to old hockey sticks that were made from wood

68. Manhandle: A player that roughs up another player, and may not get a penalty for this

69. Mitts: Your hands – often referenced to someone who has nice hands and can score

71. Nail: To hit someone with a bodycheck extremely hard

72. Nosebleeds: The spectator seats that are at the very top of the hockey stadium

73. Office: The area behind the goalie net, was first termed for Wayne Gretzky’s play behind the net as he was said to be “set up in his office”

74. Paint: Another name for the goalie crease, as it is a different colour from the ice

75. Pest: A player that is extremely annoying to his opponents

76. Picking his Pocket: When a player steals the puck from another player

77. Pipe: A nickname for the goalposts

78. Pinch: When a defenseman comes into the offensive zone to help out

80. Plug: A player that is not very good and does not really add to the team

81. Plumber: A player who is good at digging the puck out of the corners of the boards

82. Preds: A nickname for the Nashville Predators

83. Puck Bunny: A girl who likes to hang around guys who play hockey

84. Puck Has Eyes: A puck that has had several deflections before going into the net for a goal

85. Puck Hog: A player who does not pass the puck

86. Puck Luck: When the puck takes a lucky bounce for a team usually results in a goal

87. Puckhead: A person who is passionate about hockey

88. Pylon: A player (usually a defenseman) who is easy to skate around

89. Razor Sharp: A player that is on his game and is playing great

90. Riding the Pine: A player who is not getting playing time and is sitting on the bench

91. Right in the Numbers: A player who is hit from behind

92. Ring it off the Iron: When a puck is shot and hits the post and stays out of the net

93. Rink Rat: Someone who loves to come and hang out at the hockey arena

94. Ripple the Mesh: Another term for scoring a goal, a player has shot the puck and scored so that the net will move

95. Rob (of a Goal): A save by a goalie that takes away what looks like a sure goal

97. Rubber: Another name for a puck, because it is made out of vulcanized rubber

98. Sens: A nickname for the Ottawa Senators

99. Sharpshooter: Someone who is an accurate shooter and scores a lot of goals

100. Shinny Hockey: A type of hockey played on an outdoor rink where players are not wearing padding so the puck is not to be raised above the shins

Sick Bay: A term used for a player that is injured (he is in sick bay) or a player who goes to have an injury looked at (he goes to sick bay)

Sieve: A goalie who cannot make a save, a reference to the sieve that drains water through it

Snow Job: When a player stops and sprays snow into the face of goaltender as he is down on the ice

Soft Hands: A player that is good at scoring goals when he uses more finesse than power

Spin-o-rama: A hockey move which the players does a 360 spin to fake out or deke around an opponent

Stand on His Head: A goalie that is making a lot of saves and keeping his team in the game is said to be standing on his head

Stone Hands: A player that cannot score goals. He is getting chances to score he just cannot do it

Tic-tac-toe: A three way passing play that ends up in a goal

Top Shelf: When a player scores a goal into the very top part of the net hitting the mesh that basically acts as the roof of the net

Turtle: When a player drops to the ice and protects himself as another player tries to fight him

Uncork: A player that winds up and takes a powerful shot

Wheels: A player that can skate really fast

Yard Sale: When a player(s) loses several pieces of equipment during play – either from a hit or just the normal course of action

Yawning Cage: A wide-open net to shoot at. This is often referred to even when the goalie is in the net but the play has developed so that a goal looks likely

Zebra: A nickname for the referee based on the uniform of white and black stripes 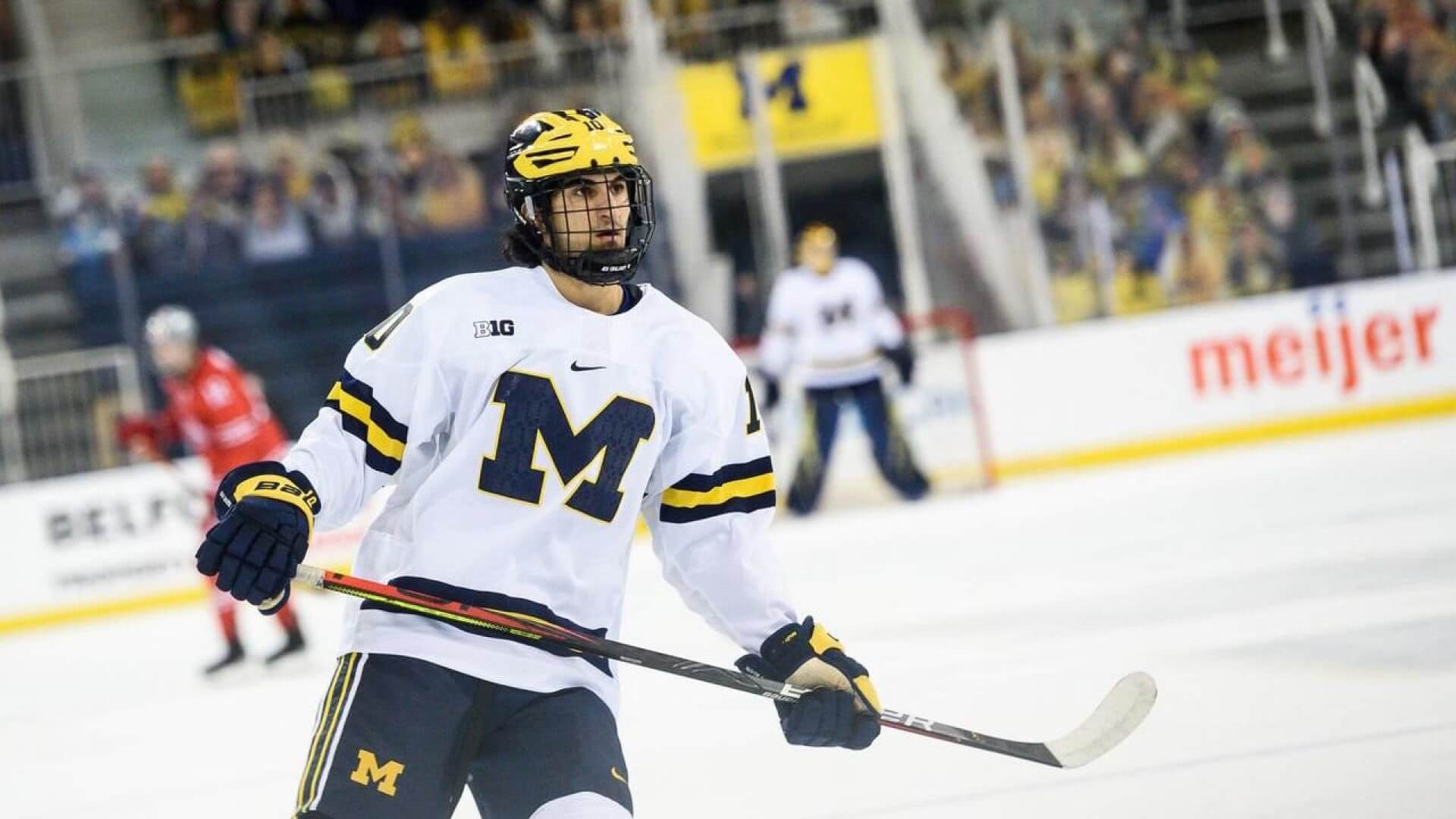 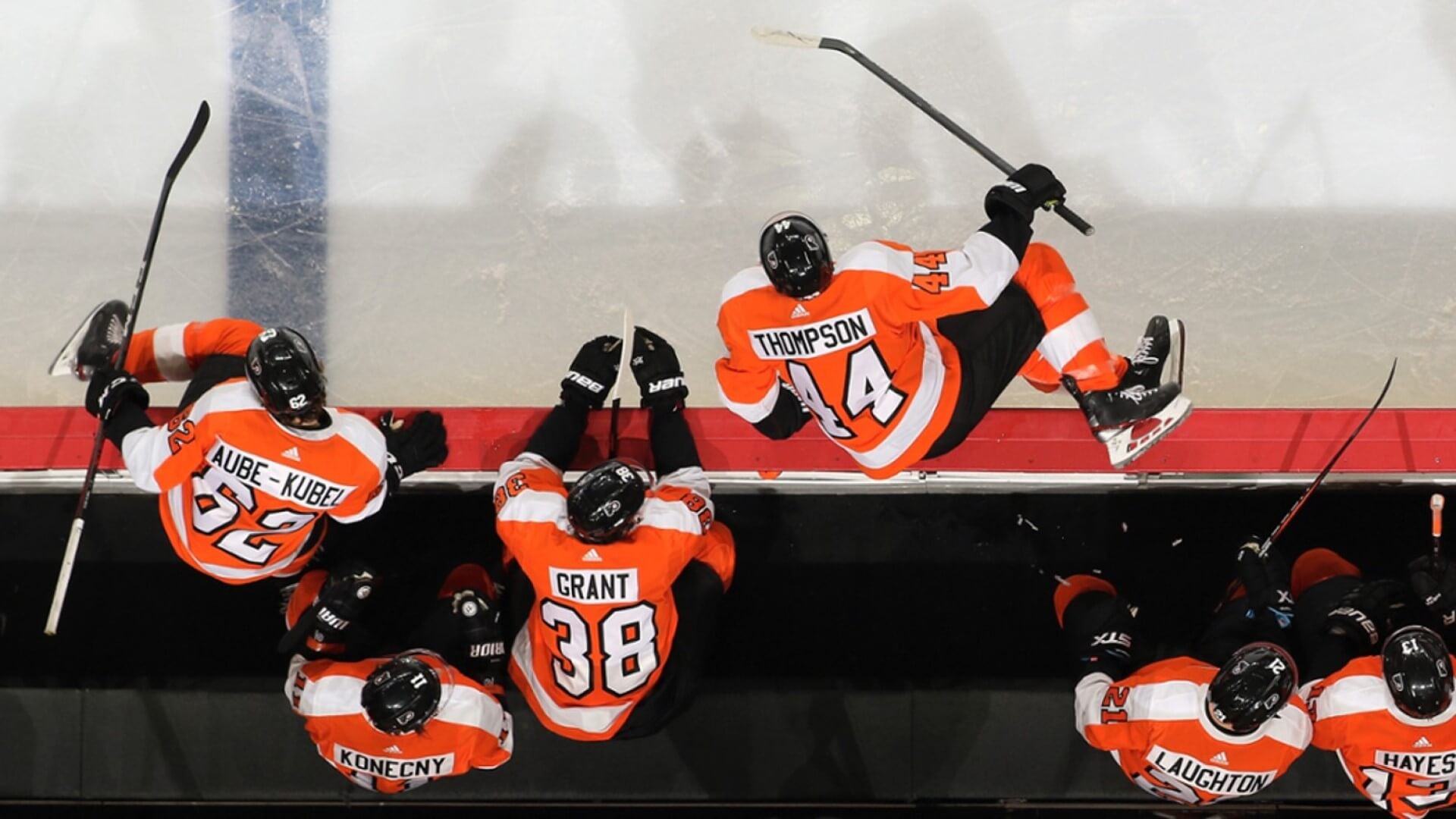 How Long is a Shift in Ice Hockey?