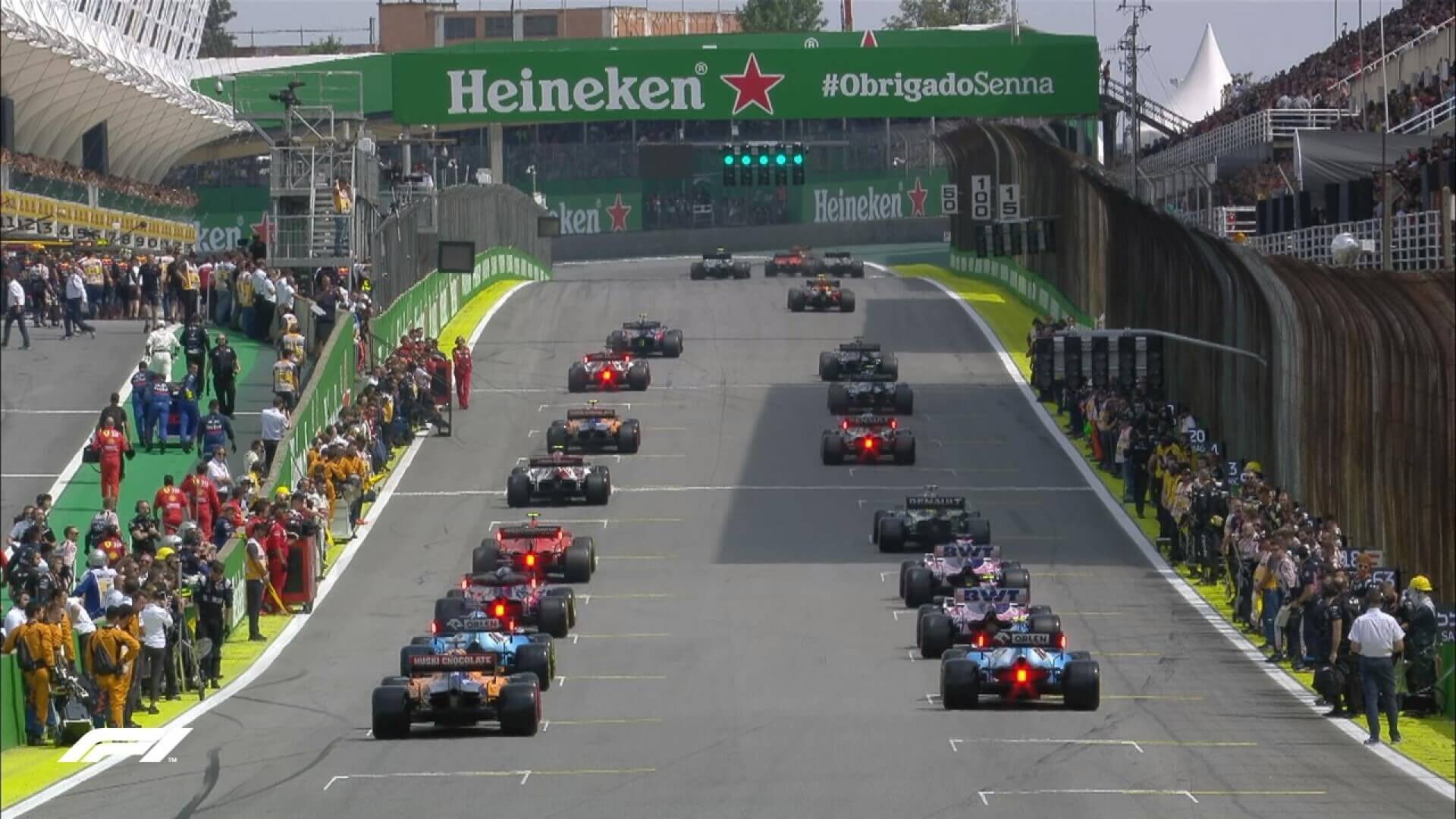 You must have seen Formula 1 drivers complete one track lap before the actual race begins. This is known as the FORMATION LAP in F1 and is comparable to the warm-up or parade laps seen before the start of other motorsport racing series, like NASCAR.

During the formation lap, drivers can warm up their tires, evaluate the track conditions on race day in all sectors, and mentally prepare for the race. Read on as we unveil more interesting facts about the Formation Lap in F1.

What Do Formula 1 Teams Do the Race?

Before the race commences, F1 teams will move their vehicles to their grid box at the start/finish line. There, they will make the vehicle’s final modifications and adjustments to prepare it for racing.

As they get ready for the race to start, mechanics can be tweaking the front wing or using heated blankets to keep the tyres warm.

Formation Lap in Formula One Explained in Detail:

During the formation lap, the lead driver, who won the pole position will set the pace for other drivers to follow. In an effort to keep up with the car in front of them, the drivers must adhere to the pit lane speed restriction until they pass the start/finish line.

Another interesting fact is that drivers are not allowed to overtake the car in front of them during the formation lap unless it becomes disabled or a hazard. The cars are usually moving so slowly during this period and DRS is not used.

After the lap, all the drivers go back to their grid positions at the start/finish line to get set for the actual race. The five red lights on the course will turn on when all vehicles have come to a complete stop, marking the beginning of the Grand Prix.

Does Every F1 Race Have a Formation Lap?

Currently, every race should include a formation lap according to FIA regulations, with one glaring exemption. The race director has the option to start the race behind the safety car in wet weather, which eliminates the need for a formation lap. In this case, the race starts as soon as the cars leave the starting line.

Why Do F1 Drivers Perform a Formation Lap/Pace Lap?

As earlier stated, F1 drivers do a formation lap to check the track’s conditions and make any last-minute modifications to their cars. This warm-up wasn’t quite necessary in the past because F1 cars used smaller tyres that didn’t require substantial heating to function properly back then.

Despite the importance attached to Formation Lap, the entire process is usually time-consuming since the cars move slowly across the long race track. Nonetheless, it is worth the effort since drivers could easily get an overview of the entire track before embarking on the competitive race.

When did the FIA make Formation Laps Mandatory?

Formation laps were deemed mandatory by the FIA in the 1970s so that drivers may warm up their tyres before a race.

Why did the FIA make Formation Laps Mandatory?

The FIA made Formation Laps mandatory for the following reasons:

When drivers begin a race with cool tires, they run the risk of spinning or stalling the tires, which would cause them to lock up during the rapid start. This lock-up may result in serious rear-end collisions, as drivers in the back/grid may not anticipate immobility of the vehicles ahead of them.

2. To Help F1 Drivers adjust their Car’s Configuration Before the Race:

Many drivers will consult with their race strategists and engineers during the formation lap as they examine the track conditions in addition to warming up their tyres. Also, drivers can modify the settings on their steering wheel, and make minor adjustments to the configuration of their car during this time.

3. To Help Drivers Survey the Racing Area and its condition:

Drivers are able to scan the entire track and assess the current racing surface conditions. Some tracks are so lengthy that the weather in the pit lane and the far corner might differ significantly. Hence, undertaking a Formation Lap in the event of shifting weather is perfect to give drivers the surveillance needed before the race.

Can F1 Drivers Change their Tyres During Formation Laps? 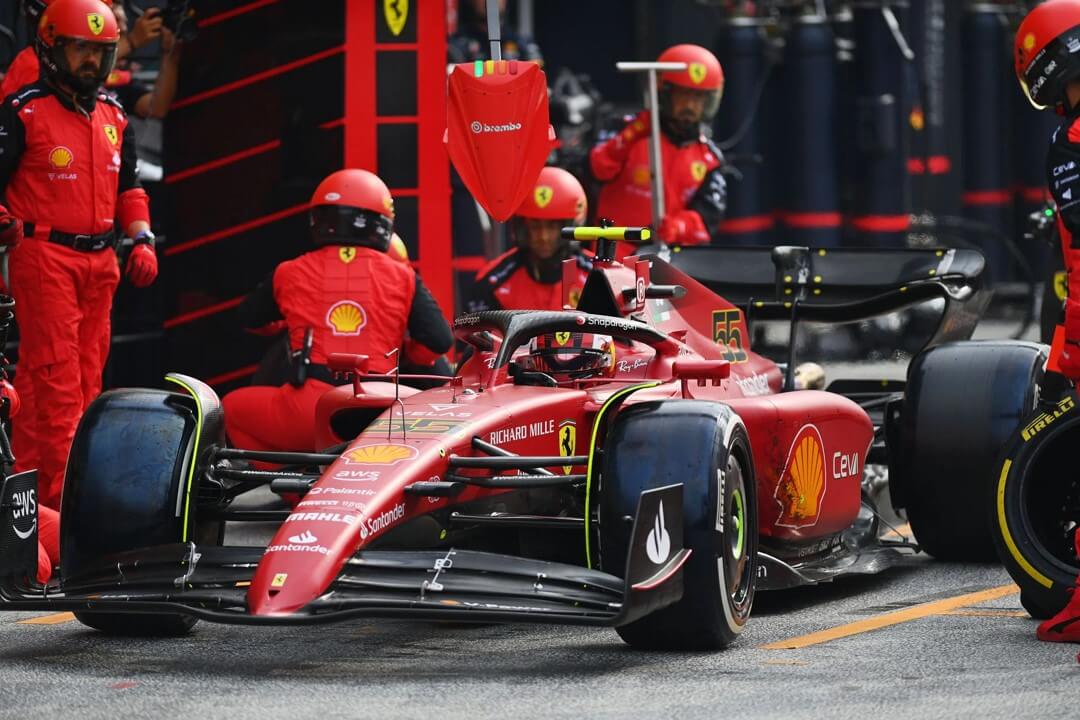 Drivers may choose to make a pit stop to replace their tyres to match the varying weather condition, especially if there is a rainfall at one end of the track. A clear example of this drama happened during the 2021 Hungarian Grand Prix.

Back then, most drivers began the formation lap on intermediate tyres. They did so in preparation for dampness on the track after a thunderstorm. However, after the formation lap, almost all the drivers changed their tyres to slicks, while Lewis Hamilton, the driver of Mercedes, started alone in his original tyres.

What Happens if there is a Crash During Formation Lap?

Apparently, collisions are uncommon in formation laps because drivers usually move their cars very slowly and rarely lose control during this period. However, if a driver crashes his car during the formation lap, he may proceed to the pit lane to get the car repaired by the pit crew.

This can only be done in the case of a minor crash that requires minor repairs like replacing the front wing. If this be the case, the driver will enter the race the pit lane.

If the crash is substantially serious and requires an expensive repair, the team may retire the car. Hence, the team’s driver will have to proceed to the race with a spare car.

End Note: What is a Formation Lap in F1?

One of the crucial beginnings of any Formula One race is the formation lap. The vehicles gently circle the track, warming their tires and giving the drivers time to map out their race-day plans.

The formation lap also gives spectators the chance to have a good glimpse of their preferred driver before the race begins. When next you watch a Formula 1 game, do well to observe how the drivers study their tracks and warm up their cars to begin the competition.