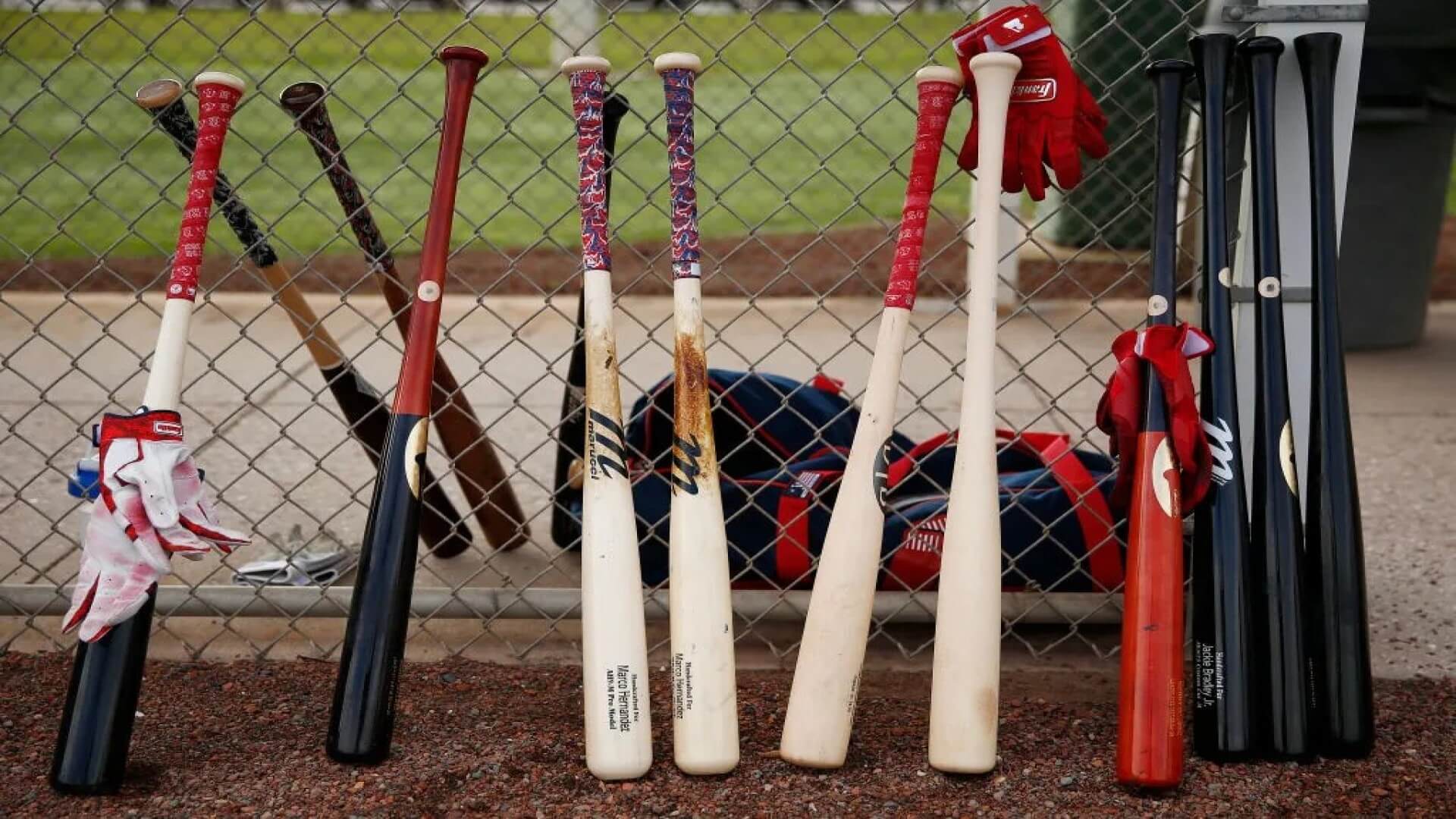 If you played little league baseball when you were younger, you probably used an aluminum bat to hit the ball during games. Why do professional baseball players use wooden bats to hit rather than metal ones in the MLB?

I’ll outline the arguments in the section below to help you determine the answer to this query.

Baseballs are already hit excessively quickly by professional baseball players, including both minor league and major league professionals. On September 11, Vladimir Guerrero JR hit a ball 118 miles per hour, the fastest hit of 2019.

Vladimir Guerrero JR. would have struck the ball even harder at opposing players and spectators if he had been using an aluminum bat as opposed to a wooden one.

In order to preserve their reactions and the ability of fans to defend themselves from a hit baseball, professional players exclusively hit with wooden bats.

Baseball players who hit for a living have outstanding hand-eye coordination. They can align the sweet spot of their bat with the ball when it is their turn to hit a pitch.

Wooden bats only compensate for striking the ball on the sweet spot, in contrast to an aluminum bat that rewards contact. You often witness home runs when the ball strikes the bat’s sweet spot.

MLB does not allow the use of aluminum bats because of the remarkable hand-eye coordination and bat speed of its players.

With their incredible swing speed, professional baseball players would hit the ball even harder and farther if they were using an aluminum bat.

In sports, using a metal bat would increase batting averages significantly and give batters an unfair advantage over pitchers.

The History of the Game Won’t Allow Metal Bats for Hitters:

You can count on historians to be quite resistant to any changes to the game’s rules. You should anticipate historians to object to the idea of altering the game, whether it is to standardize the number of stitches on a baseball or whether a designated hitter should be used in both leagues.

YOU MAY LIKE:  Who Is Kayla Varner, Bryce Harper’s Wife, Family & Facts

Because of the unfair advantage of comparing prior players’ statistics, historians will never permit metal bats into the game.

They all shared a certain degree of similarity with wooden bats, from Babe Ruth to Barry Bonds. You can no longer compare previous and present players when you include a metal bat in a player’s statistics.

How is a Wooden Bat Made?

A wooden bat for baseball requires a multi-step design procedure. The correct wood must first be found because MLB only permits six distinct types of wood to be used in bat construction.

Ash, True Hickory, Red Oak, Sugar Maple, Yellow Birch, and Japanese Ash are among the six different types of wood. As a heads up, ash and maple bats are the most typical in professional baseball.

The cylindrical shape of the bat is made when the appropriate wood has been acquired. The bat is put through a machine to give it a rough appearance after being checked to make sure its length and weight are correct in accordance with MLB regulations.

After running the bat through the machine to create it, you add a finishing coat of paint.

What Color Can an MLB Bat Be?

Baseball League (MLB): Natural, flame, temper, black, brown, wine, grey, and black cherry are the permitted bat colors. MLB also permits players to affix their names and signatures to the bat in addition to those colors.

Last but not least, MLB players can utilize a pink bat on Mother’s Day to promote breast cancer awareness.

What is a Corked Bat?

After learning how to manufacture a wooden bat, it is time to discuss what a corked bat in baseball is and why it is prohibited. Instead of being made of solid wood, a corked bat is a modified baseball bat that is filled with corks.

YOU MAY LIKE:  What is an Intentional Walk in Baseball And How Do you Signal It?

Players enlarge a hole at the end of the bat and insert corks to give their stroke an unfair edge. The idea behind corking a bat is to make it lighter so you can swing it more quickly.

For context, the normal weight of a baseball bat must be greater than 32 ounces and less than 54 ounces. Baseball has seen a few significant instances where a player used a corked bat during a game.

Sammy Sosa of the Chicago Cubs had a very memorable play in 2003 against the Tampa Bay Devil Rays. The umpires immediately saw the corks inside Sammy Sosa’s bat when it broke upon contact despite the fact that he was a frequent home run hitter.

Sammy Sosa was promptly dismissed from the game by the umpires, although he swiftly apologized.

Today’s professional baseball uses a wide variety of baseball bat brands. In professional leagues, some of the most well-known bat manufacturers are Louisville Slugger, Marucci, Rawlings, and Easton.

Some hitters choose to use multiple colors of the same bat to hit with since professional players also want to customize their equipment.

Pink armbands, necklaces, batting gloves, and cleats are worn by MLB players, but during the game, the pink wooden bats are the most noticeable.

Susan G. Komen for the Cure Organization has a collaboration with the game that uses pink to promote awareness.

Does NCAA Baseball Use Wooden Bats?

Baseball players in college who have better hitting statistics in the NCAA have a better chance of being selected in the future by a Major League Baseball organization.

YOU MAY LIKE:  Yoenis Cespedes Facts, Net Worth, Family, Girlfriend and Biography

Why Baseball and Softball Players Should Use Aluminum Bats:

The players in tiny leagues lack the strength and timing necessary to hit the ball far, which is one justification for not using a wood bat with them.

There wouldn’t be as many balls hit to outfielders in the small league if everyone used a wooden bat. The cost of replacing broken wooden bats is the second reason to avoid using them.

A solid wood bat, which is comparable to an aluminum bat, can cost anywhere from $80 to $175. Families that want their children to play baseball don’t want to replace their bats every time one breaks.

The safety of the infielders in the event that the bat breaks is the third factor, in addition to cost. Teams decide not to utilize these bats since they pose serious safety risks to the infielders who are participating in the game.

The infielders’ safety may be jeopardized by a bat that breaks on the field. When you have to pick up the broken parts on the field, the safety issue is still present.

EndNote on Why Does MLB Use Wooden Bats?

In conclusion, MLB continues to employ wooden bats for baseball games for a variety of reasons. Metal bats would give the game an unfair advantage, which is one of the reasons, while statistic integrity is another.

While aluminum bats are perfectly appropriate for amateur leagues, professional batters have too much skill to use one. Professional hitters must hit the baseball on the sweet spot with a wooden bat in order to hit home runs, which makes the game more competitive. 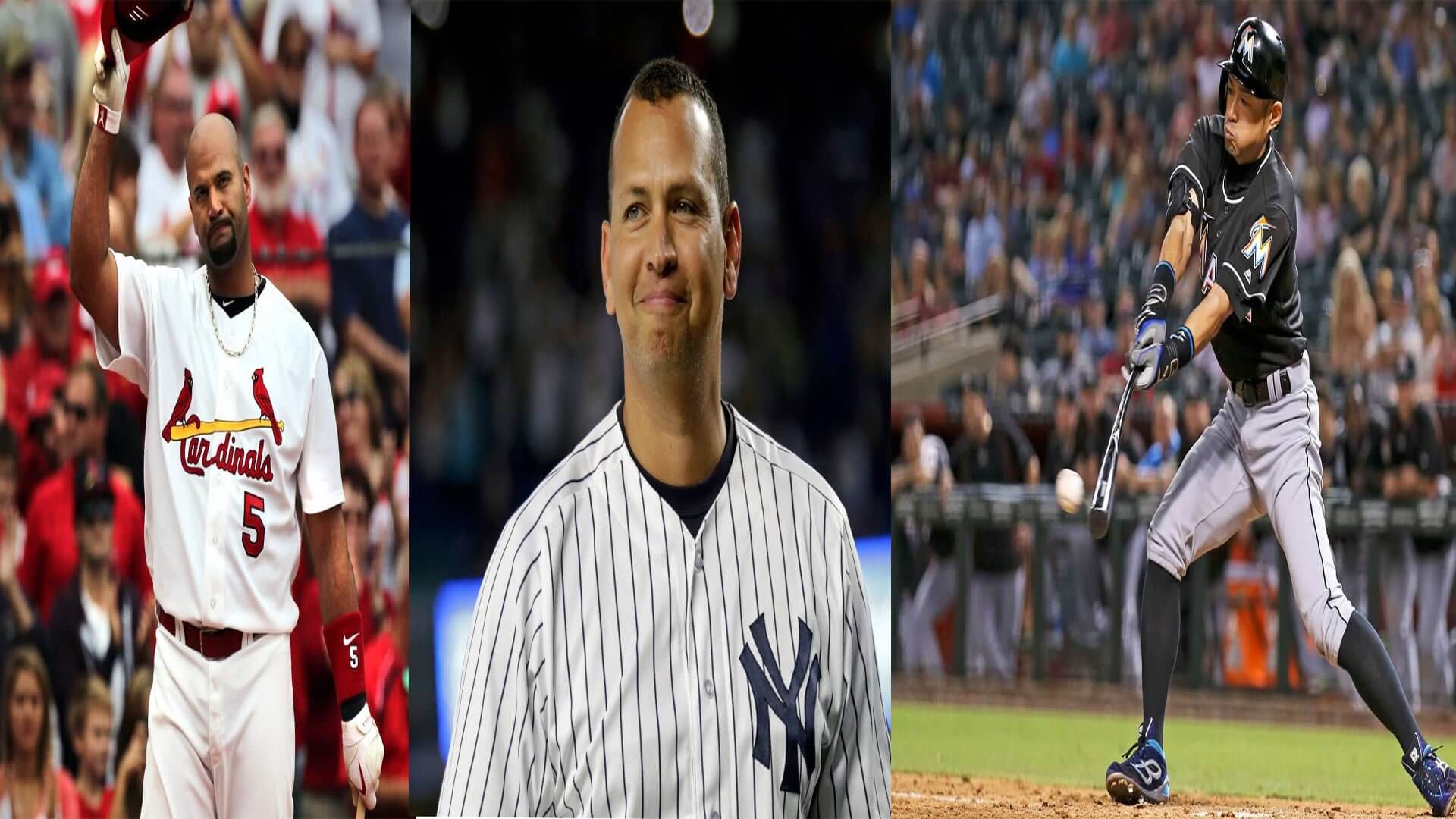